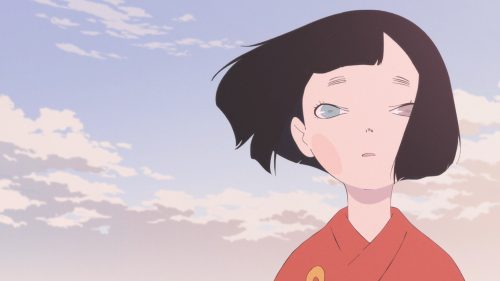 Samurai swords, the tragic downfall of a powerful institution, and the fallout of shifting political superpowers are just some of the compelling elements that make both The Heike Story and Hakuoki great watches. Through MCs like Biwa and Chizuru, who aren’t directly involved but work as lenses for us viewers, we get to follow epic journeys that explore political tensions, shady players behind the scenes, and some seriously spooky supernatural elements.

Much like the Taira Clan’s considerable influence, the Shinsengumi in Hakuoki were once a grand cornerstone of the Shogunate’s power. However, with the machinations of some sinister shadowy forces, not to mention the rough circumstances of the era, the Shinsengumi and the Shogunate have both entered a period of decline. When Chizuru Yukimura comes to Kyoto in search of her missing father, a series of unfortunate events lands her right in the heart of the conflict: that is, she becomes part of the Shinsengumi.

Similar to Biwa from The Heike Story, Chizuru finds herself embroiled in a conflict that’s far more complex than it seems, and while she doesn’t particularly want to get involved, her fate is tangled up with that of a group that seems to be destined for tragedy. So if nerve-wracking drama and plot twists that you have no way of expecting set against a beautiful, period background inspired by real Japanese history is your cup of tea, then check out Hakuouki!