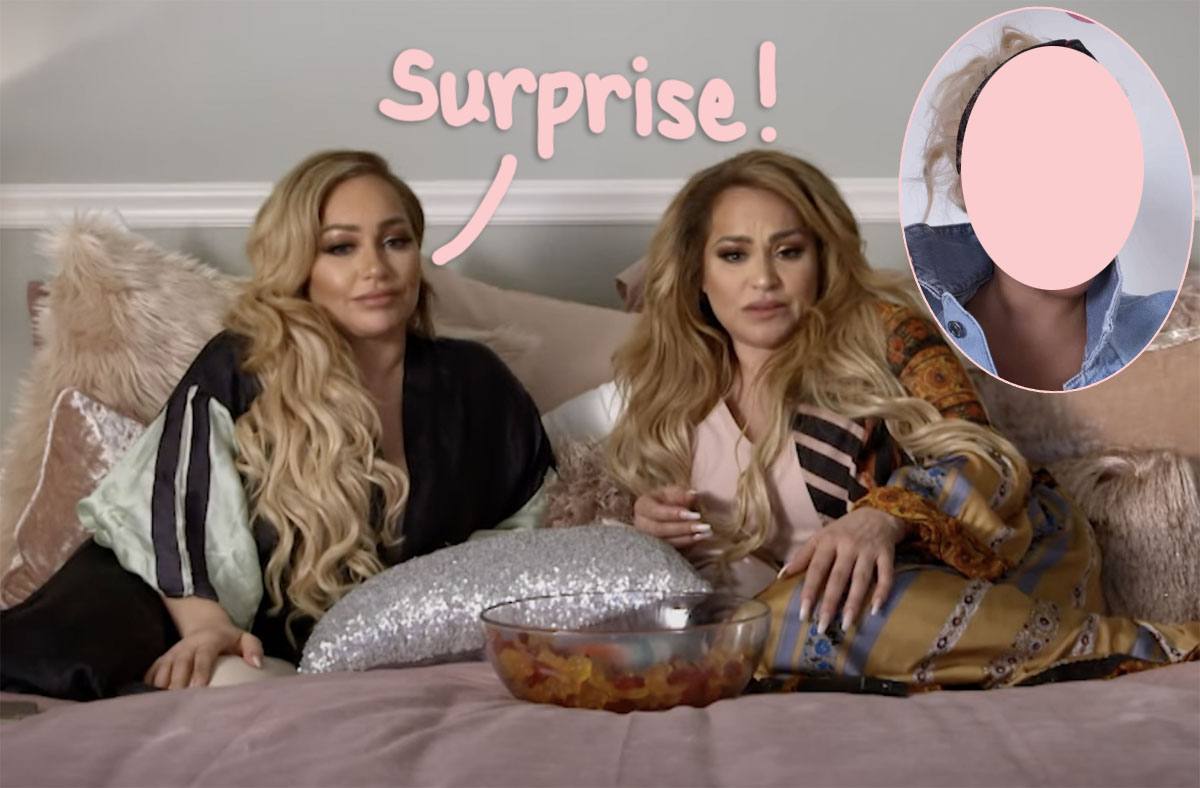 The reality TV world is shocked after 90 Day Fiancé stars Darcey and Stacey Silva revealed some of the results of their latest plastic surgeries.

The Silva sisters, who rose to prominence via the hit TLC show, posted recent pics on their respective Instagram Stories this week showing the major changes they’ve made to their faces — and now, IG and Twitter users are aghast. As you can see (above, in a screenshot from a TLC clip posted nearly three years ago) the Silva Twins shot to fame as blond bombshells on the hit reality TV empire.

Related: Ireland Baldwin Opens Up About Decision To Get Plastic Surgery At 26!

But oh, my, how things have changed in the last two years. Fans have been dissecting the twins’ surgical alterations for a while, but it really hit a crescendo on Monday, when Darcey re-shared several IG Stories posts from Dr. Kerim Ünal, a Turkish plastic surgeon.

In the new posts, the twins can be seen posing in skin-tight beige and white dresses after their cosmetic transformation. As you can see (below), they posted the pics as a celebratory nod to their new look:

That followed a separate series of IG Stories that Darcey shared late last week, again revealing her very different look when compared to the 2019 stills:

That’s definitely a look… that’s for sure.

Dr. Ünal revealed in his initial posts that the twins had a variety of procedures done, including: “fox eye” surgery, nose job corrections, cheek lifts, buccal fat removal, liposuction, and boob lifts. Hey, it’s great that they are so open about their lives! No shame in the game, or something?

TLC fans weren’t quite as generous, though. Plenty of IG critics have been picking up on how different the twins look now following the photo shoot (like this shot HERE) compared to a few years ago.

And the commenters are going in, too. Here are just a few of the thousands of reactions (below) that came through on Instagram over the last few days, as the twins’ surgeries and procedures became publicized:

“Leatherface called he wants his mask back.”

“I feel sorry for both her and Stacey. They can never reverse this.”

“Never will comprehend WHY Darcey think she improving her looks. She WAS a good looking woman before all this crap.”

“She needs actual mental help, this is a disorder. Her family needs to intervene and TLC needs to stop giving attention to her and offer to help her get treatment. It has definitely gone too far now…”

“I don’t think ANY of her procedures made her look better. She has aged herself 20yrs.”

“Why is she doing this to herself”

Harsh… but honest? Or not? What do U think, Perezcious readers?? Sound OFF with your take down in the comments (below)…