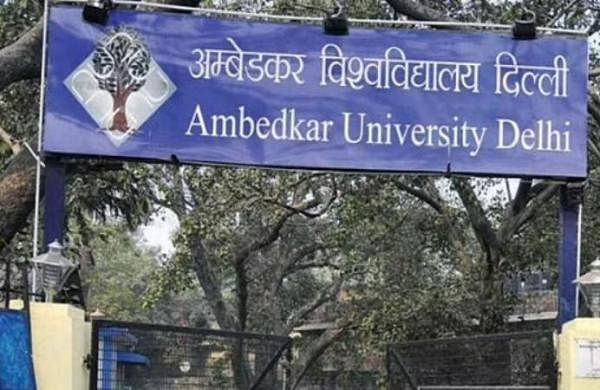 NEW DELHI: The Delhi government-run Ambedkar University on Thursday announced that it will hold all admissions to its undergraduate programmes through newly introduced Common University Entrance Test (CUET).

“It is mandatory for all the candidates to appear in CUET, 2022, including those seeking admission to supernumerary seats. The eligibility criteria will be decided on the basis of marks obtained in CUET,” Vice-chancellor Anu Singh Lather said while addressing a press conference here.

Prof Kartik Dave, Dean Planning, Ambedkar University (AU), briefed that the candidates will be able to appear in CUET only in those subjects which they have studied in class 12.

The merit will be calculated based on combination of only those subjects in which the candidate has appeared in the CUET, he said.

There will be no disadvantage to anyone on changing the stream, Dave clarified.

Suresh Babu, dean of students’ services, said the CUET will provide a level playing field for the students.

“Being a state university it was not mandatory for us to go for CUET. However, in the larger interest of the society, we decided to go for the test as sooner or later all universities will be asked to join,” Babu told PTI.

“On the basis of CUET scores, a merit list will be prepared and admission will be held accordingly,” Babu said.

The 85 per cent seats at the university are reserved for residents of Delhi.

The vice-chancellor said that the holding admission through CUET will help expand the reach of the university.

“We will have more number of students coming from far-flung areas. The admission through CUET will provide the university more visibility,” Lather said.

When asked whether the university is planning to increase the number of seats across courses, she said that the space crunch is the major problem for the university.

She also announced that two new campuses are being planned in the national capital.

Nitin Malik, registrar, said that to facilitate the students in the CUET process, the university will set up a help desk and have a chat box on its website.

He also said that the varsity will be organising a series of open houses’ to facilitate the students in the admission process.

Vice-chancellor Lather also announced the new programmes that will be launched in the academic session 2022-23, which are Master of Arts in Criminology and Philosophy, and Bachelor of Arts in Political Science.

She said that the varsity is in the process of launching a School of Rural and Tribal Studies.

Last month, University Grants Commission chairman M Jagadesh Kumar announced that all the central universities will have to use Common University Entrance Test (CUET) scores to admit students to undergraduate programmes from the 2022-23 session.

All questions across sections will consider class 12 level as the benchmark.

The exam will be conducted in a computer-based test mode.