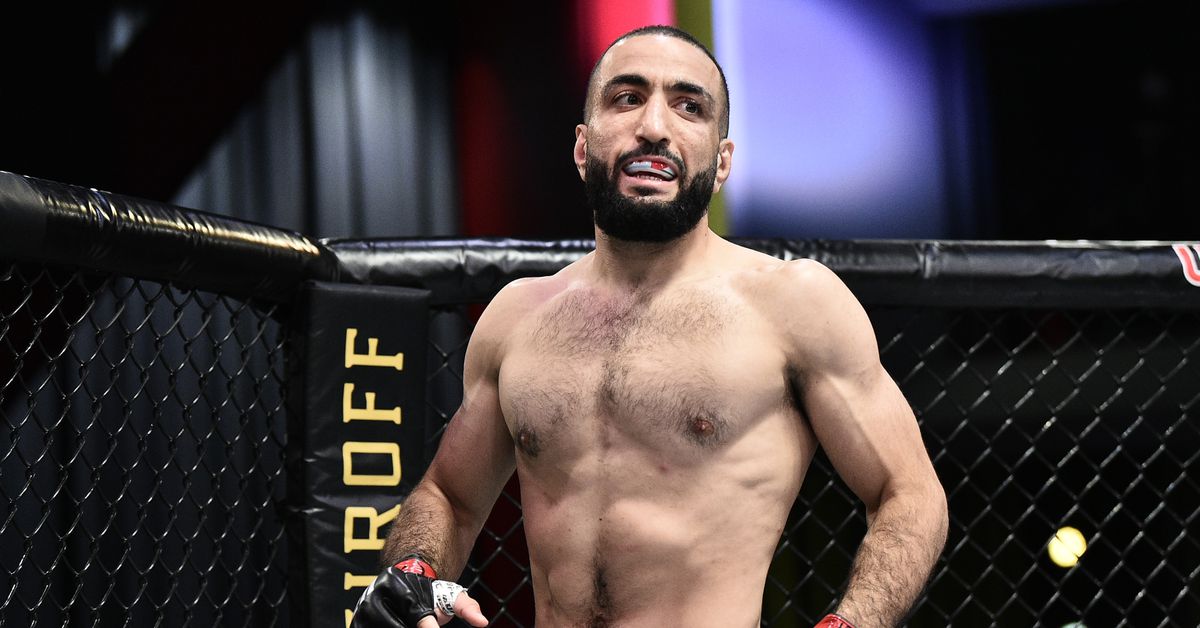 Potential opponents are queuing up to face Colby Covington. One of those possible foes doesn’t think the former two-time UFC welterweight title challenger is eager to face him or the combatant favored by UFC president Dana White.

Belal Muhammad extended his UFC unbeaten streak to eight straight fights on April 16 with a decision win over Vicente Luque. Muhammad had mentioned Covington’s name for a future matchup both before and after his win over Luque. However, Muhammad, who moved to No. 5 in the official UFC welterweight rankings with his win over Luque, doesn’t think Covington will accept his challenge.

Muhammad also doesn’t foresee a situation where Covington signs on the line which is dotted for a bout against Khamzat Chimaev, who moved up to No. 3 in the UFC 170-pound rankings following his April 9 win over former title challenger Gilbert Burns. After that decision victory, which moved Chimaev to 11-0 overall, White said he wants Chimaev to face Covington, who is the No. 1 ranked fighter in the official UFC welterweight rankings.

With that, it seems as if Muhammad has turned his attention to getting the UFC matchmakers to book him opposite Chimaev.

That looming title fight is the expected matchup between reigning champion and the No. 2 ranked Leon Edwards, which reports have targeted for July.

The way Muhammad sees it, a scrap opposite Chimaev makes sense for the fighters, the welterweight division and the UFC.

“I don’t want to have no excuses over the next guy that I beat that they say, ‘Well [Khamzat is] still here, he’s going to get the title shot next.’ I knew that beating Luque, that Khamzat was still there. If Khamzat beat Gilbert Burns, I was going to be stuck in that, ‘Well Khamzat should still fight [Kamaru] Usman next.’

“So now if Khamzat fights Colby and I fight somebody else, if Khamzat beats Colby, he’s getting a title shot before me. So I’d rather just skip all that, fight him in a five-round fight, winner gets a title shot. It makes a lot of sense to me.”