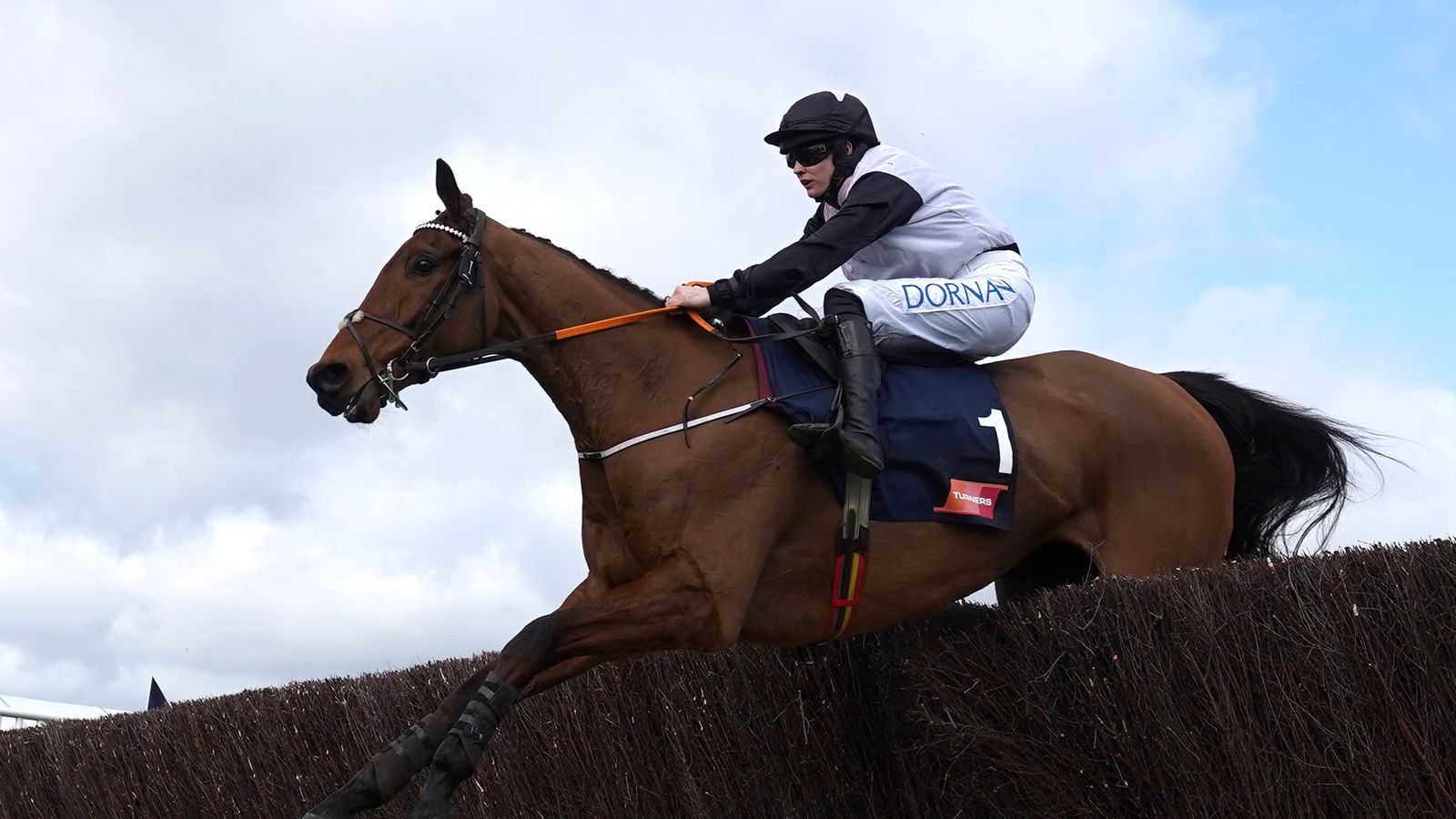 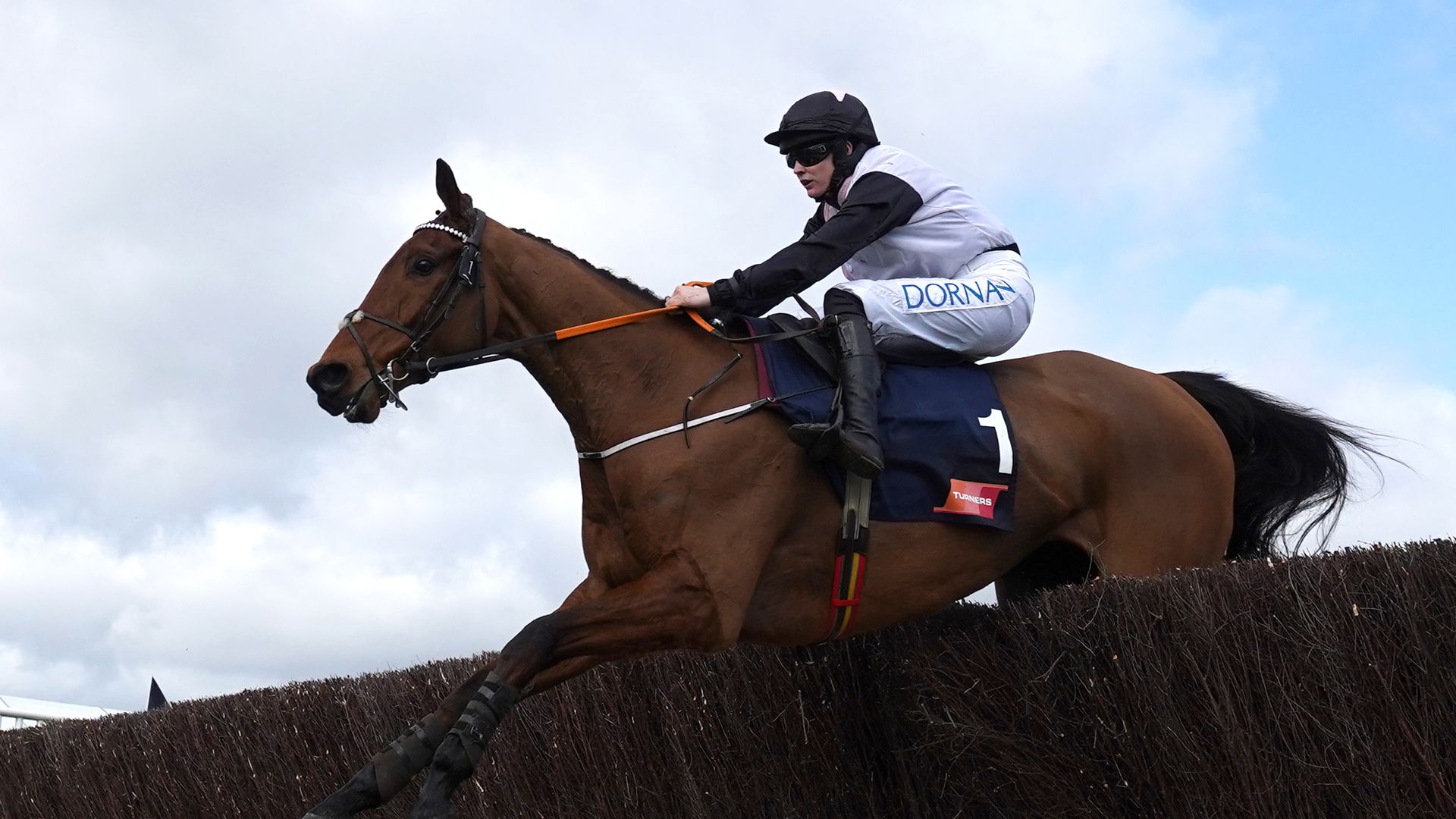 Bob Olinger steps up in search of Festival double at Punchestown: Bob Olinger is the star attraction in the Dooley Insurance Group Champion Novice Chase as Henry de Bromhead steps his unbeaten chaser up to three miles for the first time at the Punchestown Festival.

Heading into the Cheltenham Festival with a perfect record over the larger obstacles, the seven-year-old appeared set for defeat as Galopin Des Champs left the son of Sholokhov trailing in his wake in the closing stages of the Turners Novices’ Chase.

However, disaster struck at the final fence for the 5-6 favorite and allowed Bob Olinger to regroup and canter home for an uncontested 40-length victory in the Grade One event.

Both big-race jockey Rachael Blackmore and the trainer were unhappy with the gelding at Prestbury Park, who looked a shadow of the horse that landed the Ballymore Novices’ Hurdle 12 months previously. He was given a thorough check-up in the aftermath and having recovered from the issues highlighted in that MOT, De Bromhead states it was always the intention to move up in trip at this stage of the season.

“I think it’s a logical progression to go to three miles with Bob,” De Bromhead said. “He seems really well again. Obviously, it was great to win but he was disappointing in Cheltenham in terms of the level of his performance, but it seems good now and we’re happy with him. We’ll see where we go after learning more on Tuesday.

“He definitely wasn’t right in Cheltenham. Definitely. He had this torn muscle. It wasn’t bad but it was definitely torn and it probably ties in. Rachael said he made a terrible noise after he jumped the sixth-last, where he twisted in the air. So it definitely didn’t look like him.

“We were always going to go for the three-mile race at Punchestown and as we’re happy with him now that the muscle tear has cleared up, it’s all systems go.”

The three-mile chase is one of three Grade One races on the opening day of the Punchestown Festival and was won last year by Willie Mullins. The Closutton handler is represented this time by Capodanno, who was last seen finishing fourth in the Brown Advisory Novices’ Chase at the Cheltenham Festival, while Gigginstown House Stud has won this with Delta Work and Sir Des Champs in the past and relies on Fury Road and Beacon Edge.

There is British interest in the race in the form of Millers Bank. Alex Hales’ eight-year-old built on a second in the Pendil Novices’ Chase when running out a commanding 10-length winner of the Manifesto Novices’ Chase over two and a half miles at Aintree last time and his handler is hoping for another big performance on this enterprising raiding mission.

“Aintree went brilliantly and we felt we didn’t have a lot to lose coming over here,” said Hales.

“I’ve always envisaged three miles would be his best trip, he switches off well so I don’t see that being a problem. The only slight concern in the back of my mind is his best form has been on flat tracks, but to be fair that’s all he’s ever run on.

“It’s taken 20 years to find a horse like him, so we’re going to make the most of it and enjoy having our first runner over here (Punchestown). The horse has settled in fine, is eating up all OK and we’re happy with where we are.”