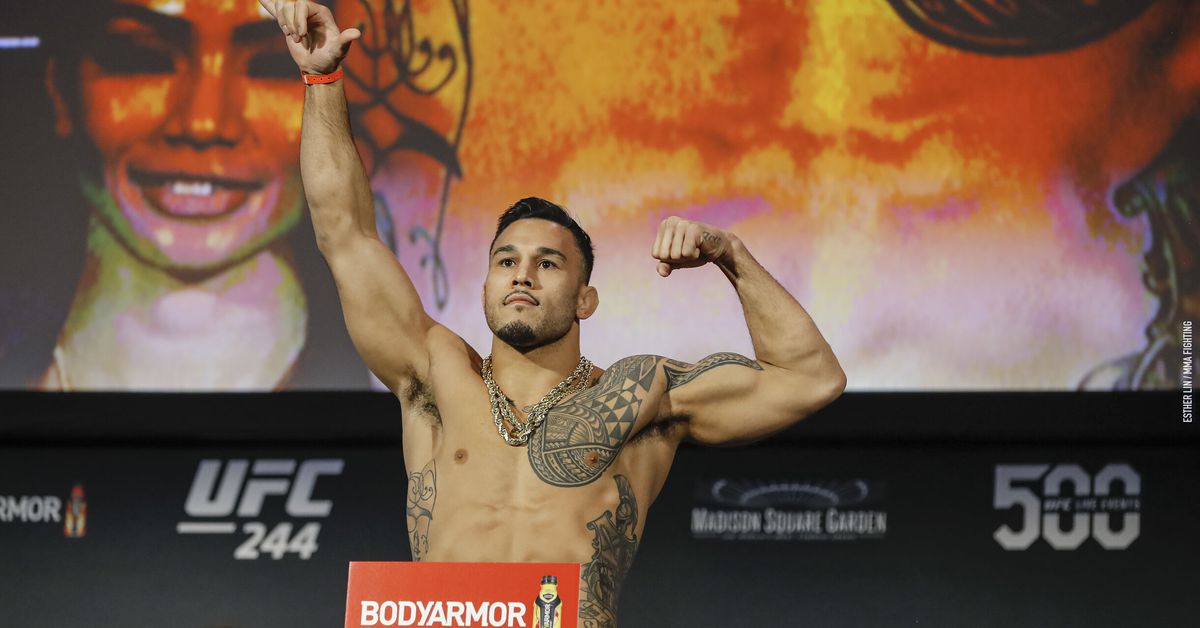 Brad Tavares is the next man up to halt the hard-charging Dricus Du Plessis.

MMA Fighting’s Mike Heck confirmed with sources with knowledge of the matchup that Tavares (18-6) will fight Du Plessis (16-2) in a middleweight bout at UFC 276, which takes place July 2 at T-Mobile Arena in Las Vegas.

Both fighters enter the contest with wins in their past two UFC outings. Tavares makes his 20th appearance for the promotion and is coming off of decision wins over Omari Akhmedov and Antonio Carlos Junior in 2021. He is 13-6 in his UFC career.

Du Plessis, a former KSW welterweight champion, has won four straight fights including wins over his first two UFC opponents. He defeated Markus Perez by first-round knockout at a UFC Fight Night in October 2020 and then followed that up with a second-round knockout of Trevin Giles nine months later at UFC 264.

No headliner has been announced yet for UFC 276, which will cap off the UFC’s International Fight Week.