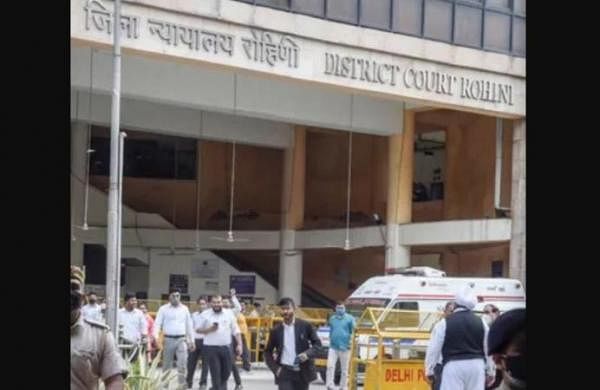 NEW DELHI: Panic gripped Delhi’s Rohini court complex on Friday morning after a bullet was fired from a Nagaland Police constable’s service weapon as he intervened in a scuffle, according to police.

“Around 9.40 am, a scuffle broke out between two advocates Sanjeev Chaudhary and Rishi Chopra, and a public person Rohit Beri. During the scuffle, they entered gate number 8, where the fight continued,” Deputy Commissioner of Police (Rohini) Pranav Tayal said.

A Nagaland Police constable, who was deployed at the gate, intervened in the situation and a bullet was fired from his service weapon which hit the ground, the DCP said.

Two people sustained minor injuries due to concrete projectiles, a result of the shot being fired, he said.

An investigation is underway to find out whether it was accidental firing or not, the police said.