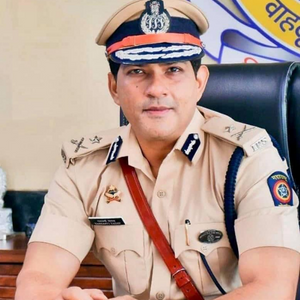 The answer to the aforesaid question is an unambiguous yes. However, to understand the safety concerns of women using the net, we may take the analogy of driving a car. Just like in a rambunctious traffic situation there is a risk of accident or even loss of life but still citizens don’t stop driving a car.

In order to enhance road safety, the drivers may undertake several precautions like using a seatbelt or proper servicing of the car. Similarly, while on information superhighway if certain precautions are taken the experiences of a woman netizen can be safe and pleasant.

Thus, online sexual exploitation and abuse (OSEA) Is growing at an alarming rate globally and its root causes include discrimination, sexism, misogyny and dogmatic mindset amplified on the so called ‘anonymous internet’, where the online perpetrators were lulled into false belief that they are hiding behind the Iron-Curtain of anonymity of Cyber-Highway.

A recent research by an accomplished international University dealing with cyber security concluded that more than 48% of women faced OSEA and online harassment at least once in a lifetime and that 10% of them faced while they were below the age of 15. Owing to increasingly hostile online environment ,18% of women invoke self online censorship and the demon of cyber-phobia sometimes drives them to go entirely off-line.

Doxxing has emerged as one of the most potent harassment tools for inflicting OSEA against women. The term is derived from the phrase dropping dox/documents and is a variant of cyber-bullying involving the threat of publishing private sensitive information with malicious intent, insinuating that the woman/victim is of low morals and is solicitings licentious activity. Deep-fake and deep–nude are sophisticated forms of doxxing traumatising women all over the world.

Famous Indian lady journalist Rana Ayyub, few years back was regularly getting trolled and threatened of rape on online platforms in scurrilous campaigns, owing to her iconoclast writing style.

The video was shared in all major platforms and reached her on her own phone as well. She was devastated and became unconscious for days. Similarly, all major celebrities have already been victims of the Deep-nude videos like Angelina Jolie, Emma Watson, Aishwarya Rai, Katrina Kaif and the list is endless.

The perverted pleasure of witnessing famous lady celebrities without clothes drives the popularity of these apps, insensitive to the immense trauma caused. Maharashtra cyber department has already initiated a proposal for banning the aforesaid apps.

A very famous case of online harassment of a working woman dates back to 2006, when a lady journalist dwelling in a typical Mumbai studio apartment and inured to online chatting, fell victim to spear-phishing attack, where a malicious code called video keylogger virus was installed in her laptop.

Consequently, whatever she typed – all keystrokes got recorded in her laptop’s hard disk and transferred via email to the cyber criminal. Even her WebCam was unwittingly switched on and all images similarly transferred. All videos and data were meticulously collated and used to blackmail the gullible victim. The girl attempted suicide and was later counselled.

Similarly, another case of cyber bullying amalgamated with sextortion is the iconic case of suicide of American teenager Megan Meyer, who hanged herself weeks before her 14th birthday. Allegedly, Laurie Drew, mother of Megan‘s classmate Sarah Drew and her neighbour, created a fake profile of a seemingly smart teenager ‘Josh Evans’, who regularly romantically chatted with Megan, and gained her trust and got privy to her extreme private pictures and issues impacting her mental space. Intense cyber bullying and threats to expose Megan as a ‘bad girl’ scarred her psyche and drove her to commit suicide.

The female netizens must always keep in mind that there is no such thing as ‘freebies’ on the net. Online scamsters may share attractive pictures/free movies/free offers /discount coupons to women via a suspicious link. Through a technique called steganography, a cyber-bully may conceal a malwar/ virus/Trojan horse in a seemingly innocuous picture, which may even advertently switch-on the victim‘s WebCam and transmit all personal images over the internet.

Hence, women netizens should be extremely careful about clicking on unverified links. Similarly, they should post only necessary information and avoid geo-tagging or revealing their locations over social media platforms. Pictures which are properly watermarked , go a long way in preventing their misuse. A very important security tip would be to switch off printers, Wi-Fi routers, web-cams and computers while they are not in use so that their use as zombie devices could be pre-empted.

While online cyber-bullies may employ all available tools to harass, embarrass, traumatise and control victims, it is high time that the demon is taken headlong and annihilated by increasing awareness and societal de-stigmatisation of the evil of OSEA.

It is pertinent to note that internet never ‘forgets and forgives’ and its reach and spread is lightning fast and enormous. Our young female generation with impressionable minds should be groomed to ensure that they should never indulge in lewd video calls and if a stranger displays rush to develop intimacy, alarm bells should ring. The racketeers need to be reported and fearlessly brought to justice.

Views expressed above are the author’s own.