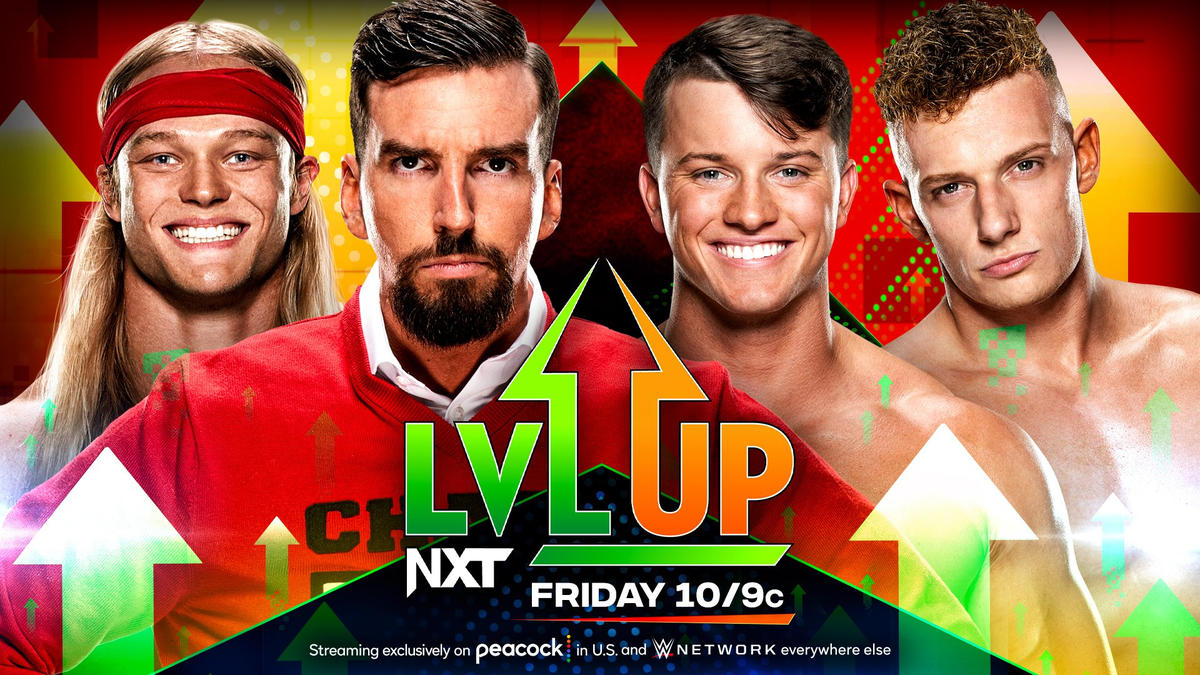 A can’t-miss edition of NXT Level Up will feature Andre Chase and Bodhi Hayward tangling with Troy Donovan and Channing Lauren in a thrilling main event, Javier Bernal throwing down with Guru Raaj, and Thea Hail taking on Ivy Nile.

Certain to be welcome into the NXT Arena by their raucous student section, Chase and Hayward are primed for an exciting tag team collision against unpredictable newcomers Donovan and Lauren.

Chase and his excitable pupil will undoubtedly jump at the opportunity to dole out some “teachable moments” to their opponents, who will be making their highly anticipated WWE debut.

Speaking of newcomers, the 18-year-old Hail is setting her sights on one of NXT Level Up’s pillars, Nile. Nile remains undefeated in singles competition thanks in part to her debilitating submission hold, the Dragon Sleeper, which has forced a near-instant tapout from almost all of her opponents.

Plus, in a clash of two popular Superstars, Bernal seeks his first career victory against Raaj, who is seeking a bounce-back win after coming up just short against Trick Williams in his most recent outing.

Don’t miss an amazing episode of NXT Level Up, streaming Friday at 10/9 C on Peacock in the United States and on WWE Network everywhere else!