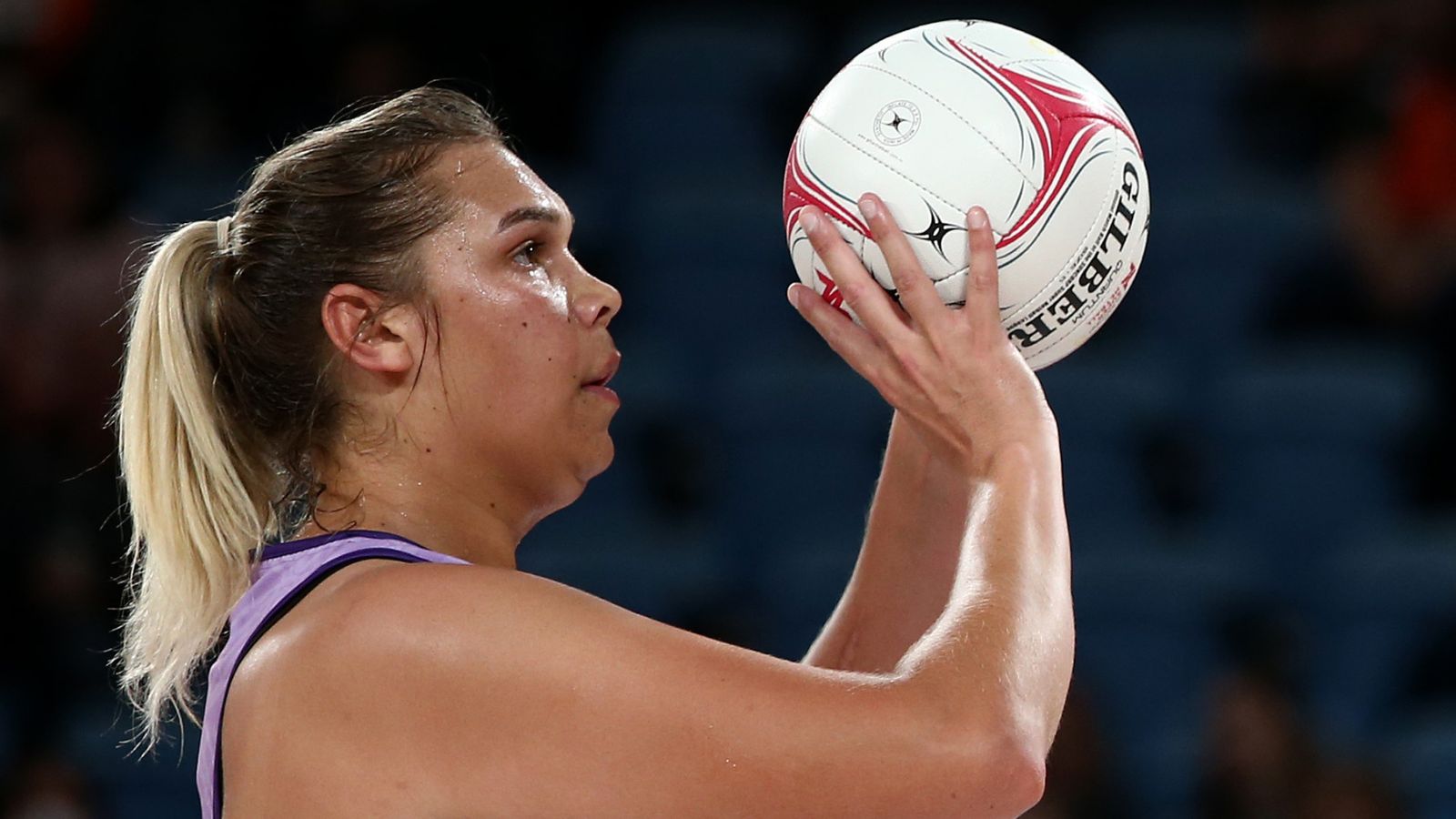 Donnell Wallam named in Australian Diamonds squad: Australia’s head coach Stacey Marinkovich has named an 18-player squad, which will be cut to 12 prior to the Commonwealth Games; the competition starts on July 29 with the Diamonds’ first match against Barbados on an opening day

Donnell Wallam has been named in the latest Australian Diamonds squad, as they build towards this summer’s Commonwealth Games in Birmingham.

Australia’s head coach Stacey Marinkovich has selected an 18-player squad, which will be cut down to 12, prior to July’s Games.

Wallam is the one new addition to the squad following her impressive start to the Suncorp Super Netball season.

The shooter was due to be a training partner in the competition but was given a chance to be part of the Queensland Firebirds’ main squad after shooter Romelda Aiken-George announced her pregnancy.

Wallam has scored 210 goals across the first five rounds of Australia’s elite competition and a call-up into Marinkovich’s squad continues her meteoric rise in netball.

Elsewhere in the Diamonds’ squad, Sunday Aryang of West Coast Fever and the GIANTS’ duo of Sophie Dwyer and Amy Parmenter continue to hold their positions. Liz Watson remains as captain and Steph Wood, vice-captain.

The Diamonds were beaten by England in the final of the last Commonwealth Games in 2018 on the Gold Coast. However, they go into this year’s competition ranked No 1 in the world and having secured a Netball Quad Series title in January.

“Selection definitely hasn’t been an easy task,” Marinkovich said. “We have such a great depth of talent within our system across every position on the court and I congratulate those who have been selected.

“After showing great accuracy and strength at the post during her debut Suncorp Super Netball season, Donnell Wallam has been selected in the Diamonds squad.

“We have selected 18 athletes and will continue to closely monitor performances throughout the Suncorp Super Netball season, with the potential to add to the squad throughout the year.

“This squad showcases an incredible breadth of experience and new emerging talent.

“We have our sights firmly set on the 2022 Birmingham Commonwealth Games, and we are also incredibly excited for international netball to return to Australian soil later this year.”

Netball starts at the Commonwealth Games on July 29 and the Diamonds are in action on an opening day against Barbados.

The semi-finals take place on Saturday, August 6, with the bronze and gold medal matches happening on Sunday, August 7.

The 6ft 2in a shooter is a former state basketball player and someone who arrived at netball late in her sporting career. She started playing netball just two years before signing for Rhinos and proved early on that she was able to deliver under enormous pressure.

Ryan, who described her as a “superstar on the making”, guided and assisted her through a formative season and one that featured her coming back after an untimely fracture of her radius too.

Before joining Rhinos Netball, Wallam had highlighted her ability to perform at her best under significant pressure.

Wallam had played in an exhibition match between the West Australian All-Stars mixed team and West Coat Fever and been marked by international Courtney Bruce. Throughout the match, she was unfazed by her international opponent and scored 50 of her side’s 60 goals.

“She’s an almighty target, deadly accurate and her ability to pluck the ball out of the air is a sight to be seen,” Ryan said about Wallam.

Wallam, a Noongar woman, is the first Aboriginal person to make the Diamonds squad since Sharon Finnan-White in 1990.

“It’s an incredible achievement and one that I’m just so very proud of,” Wallam said. “I just hope that I can inspire our First Nations athletes to keep following their dreams now, seeing I made the squad.”