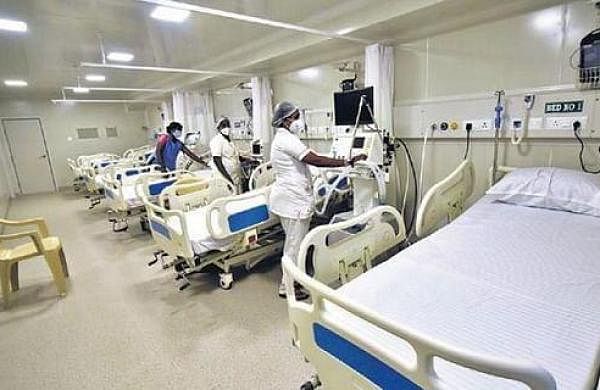 NEW DELHI: After a steady decline in Covid cases, Delhi has been witnessing a spurt in new infections with the positivity rate registering a nearly three-fold rise between April 11-18, according to city health department data.

Last week, Delhi recorded a total of 2,606 positive Covid cases against 67,360 tests conducted during the period while the average positive rate was 4.79 percent, it showed.

The national capital registered two deaths due to Covid during this period.

The positive rate surged during the April 11-18 week, barring on April 17 when the it dropped to 4.21 percent from 5.33 percent the previous day.

Doctors said the cases are expected to surge in the coming days.

However, they said the current trends are not concerning as most of the cases are mild and due to the Omicron XE variant.

The doctors said as the cases rise, there will be some increase in the mortality and hospitalisation rate, but it will not go beyond control.

Dr Abhinav Guliani, a pulmonologist at Sir Ganga Ram Hospital, said, “People must remain vigilant. There will be an increase in cases but it will not go beyond control,” he added.

On April 1, the positivity rate in Delhi was 0.5 percent.

However, there was a surge in Covid cases from the second week of April.

Dr Kishore said the relaxation of curbs had a little impact on the current surge.

“People coming out in large numbers might have also led to this increase in cases. But the major reason for the surge, I feel, is the highly transmissible variant,” said Kishore.

Guliani also pointed out the the curbs were relaxed last month but cases have only risen since the last week.

The Delhi Disaster Management Authority (DDMA) will hold a crucial meeting on Wednesday to discuss the rising number of infections in the city.

The meeting is likely to discuss the mandatory use of face masks and hybrid modes of offline and online teaching for school children as well.

When asked whether the curbs should be re-imposed, Dr Guliani said instead of relying on government-imposed restrictions, people must remain vigilant and exercise social distancing.

“The virus is here to stay for a long time. We cannot impose restrictions every time there is a surge in Covid cases. People should take care of themselves and isolate themselves whenever they witness any kind of symptoms,” he said.

Echoing similar sentiments, Kishore said the new restrictions will not have a major impact on the number of positive cases.

“We have seen the cases of the previous wave that the surge in cases was not prevented by imposing curbs. So I dont think it will be more helpful. Moreover, the economic activities are hindered because of these curbs,” he said.