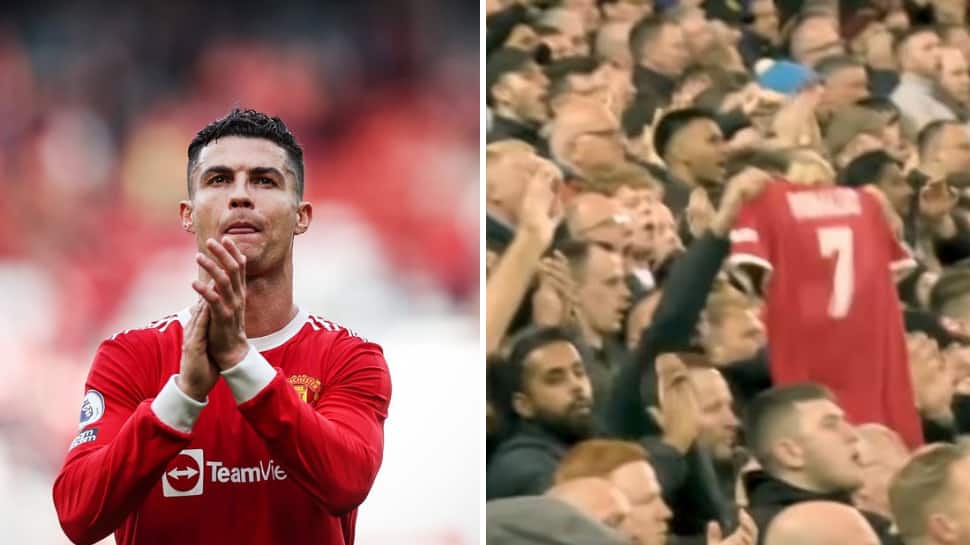 Liverpool fans showcased a heartfelt gesture for Manchester United forward Cristiano Ronaldo and his family, following the sad news of his newborn baby son’s death. Ronaldo, who missed the Premier League match between Liverpool and United thanked the fans for their support via his official Instagram account.

The arch-rivalry between the two clubs was put aside by the fans as they sang the Liverpool anthem “you’ll never walk alone” for Ronaldo and his family during the seventh minute of the Liverpool vs Manchester United clash.

The 37-year-old striker missed the match to spend time with his family and partner Georgina Rodriguez after he announced the sad news on Monday (April 18).

Ronaldo posted the video of Liverpool fans singing the anthem for him and captioned it, “One world… One sport… One global family. Thanks, Anfield. MI and my family will never forget this moment of respect and compassion.”

Georgina and Ronaldo met back when the Portuguese forward was playing for Real Madrid. The couple also announced the birth of their baby daughter on Monday as they were expecting twins.