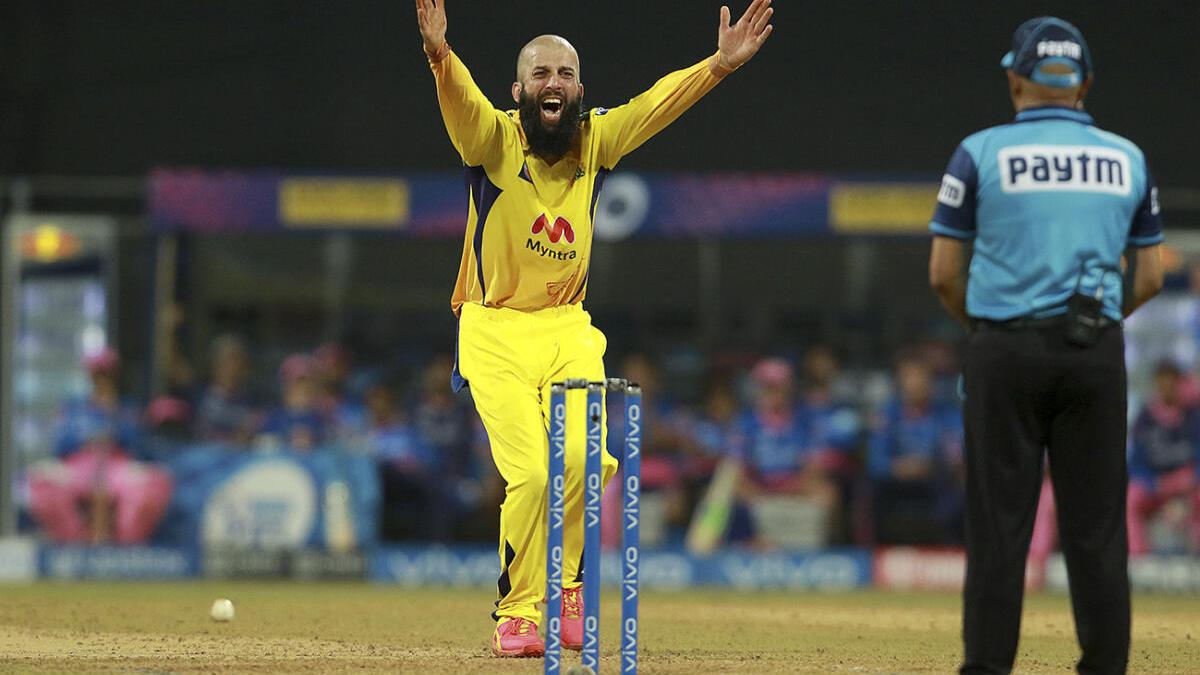 The decks have been cleared for Moeen Ali’s participation in the Indian Premier League (IPL) as the England all-rounder has received his visa and is expected to reach Mumbai on Thursday.

Chennai Super Kings CEO, Kasi Viswanathan, confirmed to Sportstar that Ali could be available for selection for the team’s second fixture. “He has received his visa and is landing in Mumbai today. He will straightaway go into quarantine upon arrival,” Viswanathan said.

The CEO also confirmed that the England player won’t be available for the first game on Saturday as he will have to undergo mandatory quarantine.

Meanwhile, the franchise is still awaiting clarity on the availability of injured Deepak Chahar.