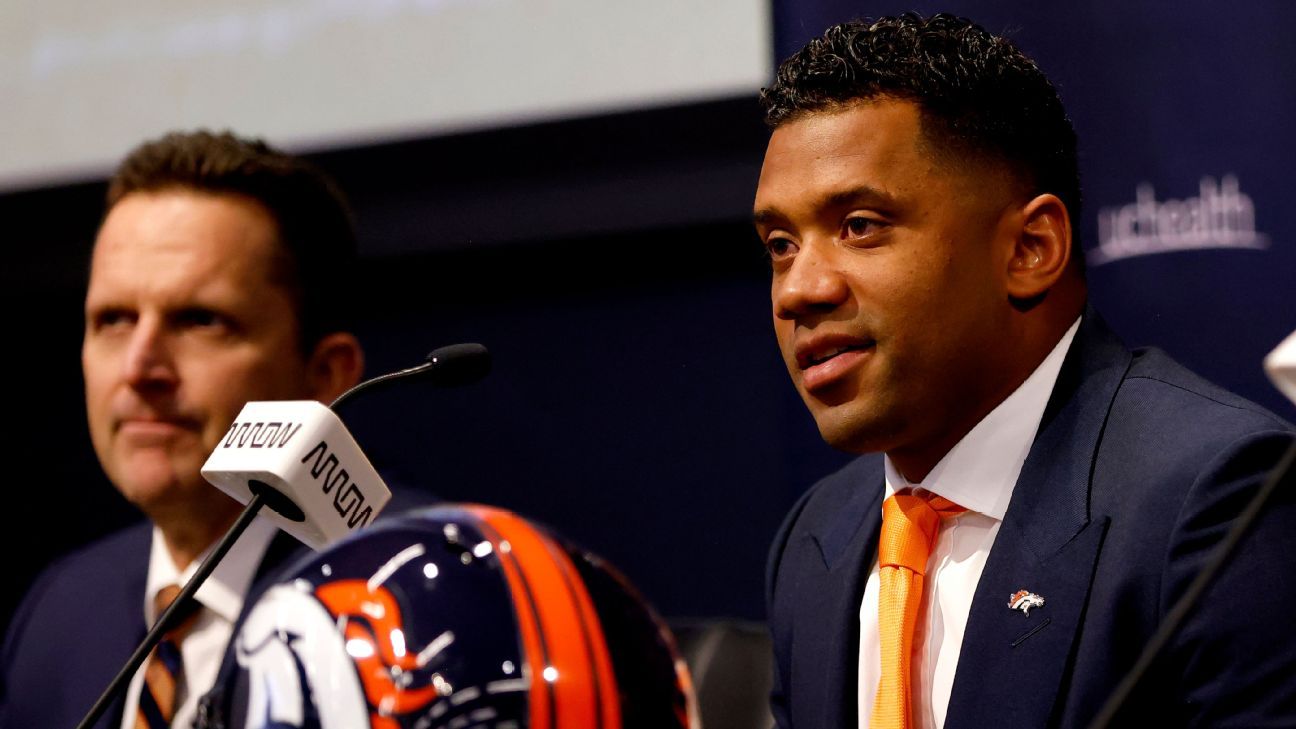 ENGLEWOOD, Colo. — And with the ninth pick of the 2022 NFL draft, the Denver Broncos have selected … Russell Wilson, quarterback.

When the Broncos shipped five draft picks — including that pick at No. 9 this year and their first-round selection next year — to the Seattle Seahawks to acquire Wilson, it was a commitment to their new quarterback. But it was also rooted in a belief they can still make the draft work in their favor, especially on Day 2.

“I always talk about flexibility, flexibility in the draft, and flexibility in the offseason and free agency,” general manager George Paton said earlier this offseason. “We had that flexibility to make a move if we had to [for Wilson] and this really softens the blow of the picks that we gave up. We have nine picks. We have one second, two thirds and two fourths. We can do whatever we want and feel really good about it.”

Barring an unexpected trade back into the first round, the real guts of the Broncos’ 2022 draft class will come from what the team does on Day 2 and in the first hour of Day 3. The Broncos have nine draft picks, with five of those among the first 116 selections.

“Even after [the trade for Wilson], we feel like we have a lot of draft capital,” Paton said. “… We can do some things.”

On Day 2 of the draft last year — Paton’s first as the team’s general manager — the Broncos reeled in three players who played in a combined 46 games as rookies, starting 19 of those.

Running back Javonte Williams was the Broncos’ second-round pick a year ago — they moved up from No. 40 to No. 35 to select him — and guard Quinn Meinerz and linebacker Baron Browning were the Broncos’ third-round picks. Toss in cornerback Pat Surtain II in the first round, safety Caden Sterns in the fifth and defensive end/outside linebacker Jonathon Cooper in the seventh and the Broncos had six rookies play at least 14 games. All six started at least one game.

“When somebody trades up and then takes you, it gives you that feeling they really wanted you to be a part of their team,” Williams said. “My approach is always to show my team I want to help us win, whatever it takes. I think our whole group [as rookies] came in thinking we just want to help us win and to be ready to play if they put us on the field.”

There are other spots on the roster where successful Day 2 choices have shown just how much they can mean. In the 2020 draft, the Broncos selected wide receiver KJ Hamler, cornerback Michael Ojemudia and center Lloyd Cushenberry III on Day 2 and all three have started games for the team, though Hamler is currently coming back from last season’s ACL surgery. Guard Dalton Risner was a Day 2 pick in 2019 and wide receiver Courtland Sutton was a Day 2 pick in 2018.

Paton has tried to use free agency to put the Broncos in position to avoid having to use picks to fill immediate needs. The Broncos signed a group of veteran free agents, including safety Kareem Jackson, tackles Billy Turner and Tom Compton as well as linebacker Alex Singleton, to one-year deals to help fill some of those immediate needs.