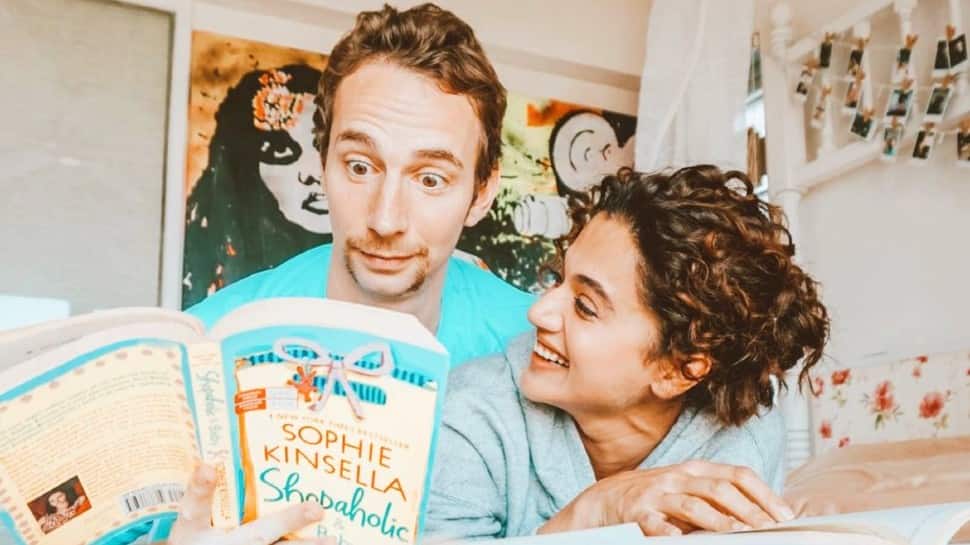 In a bid to strengthen Asian Games and Commonwealth Games preparations, the Target Olympic Podium Scheme has approved financial assistance of Rs 7 lakh per month to re-hire Mathias Boe as the doubles badminton coach of India. Boe has been dating Bollywood star Taapsee Pannu for many years now.

He will specifically be looking after the men’s doubles pair of Satwiksairaj Rankireddy and Chirag Shetty and also other members of the doubles team. Boe’s hiring has been done until Asian Games 2022.

In a Mission Olympic Cell meeting on Thursday, proposals from the Badminton Association of India (BAI) to assist in the participation of shuttlers at the Asian Championships in the Philippines scheduled to start on April 26, were also approved. The support has been extended to women’s singles player Aakarshi Kashyap, women’s doubles pair Ashwini Bhat and Shikha Gautam, and mixed doubles pairing of Tanisha Crasto and Ishaan Bhatnagar, men’s doubles pair Vishnuvardhan Goud P and Krishna Prasad as well as Arjun MR and Dhruv Kapila.

Earlier this year Taapsee in an interview had said that Boe shares a very ‘cordial’ relationship with her father. “It’s a very, very respectful relationship. I am very surprised. That’s the first time ever my father has not picked out a problem in something that I have done or chosen. First and hopefully not the last time,” Taapsee said.

Currently ranked 52 in the world, Aakarshi has been included in the CWG and the Asian Games squad. Looking forward to the tournament in the Philippines scheduled for next week, Aakarshi said, “I am very thankful to TOPS because they accepted my request for assistance at the last minute.

“I have a tough draw there as I’m playing Akane Yamaguchi in the first round. I’ll try my best but the more matches I play, the more exposure I get and it all helps for the bigger cause.”

Revealing her ambitions for the upcoming tournaments, the BA 3rd year student added, “I feel proud to have played many tournaments in the international circuit and I have the much-needed exposure. I really feel I can get a medal for India from the CWG and I’m also looking forward to giving my best at the Asian Games.”

The Target Olympic Podium Scheme meanwhile also accepted the request from Olympics double medallist PV Sindhu to provide assistance to Vidhi Chaudhary, who will accompany the player at the Asian Championship in the Philippines, in the place of existing coach Park Tae Sang.

The Korean coach is currently on annual leave till May. Chaudhary is a NIS-qualified coach who is training Sindhu at the Suchitra Academy Hyderabad.