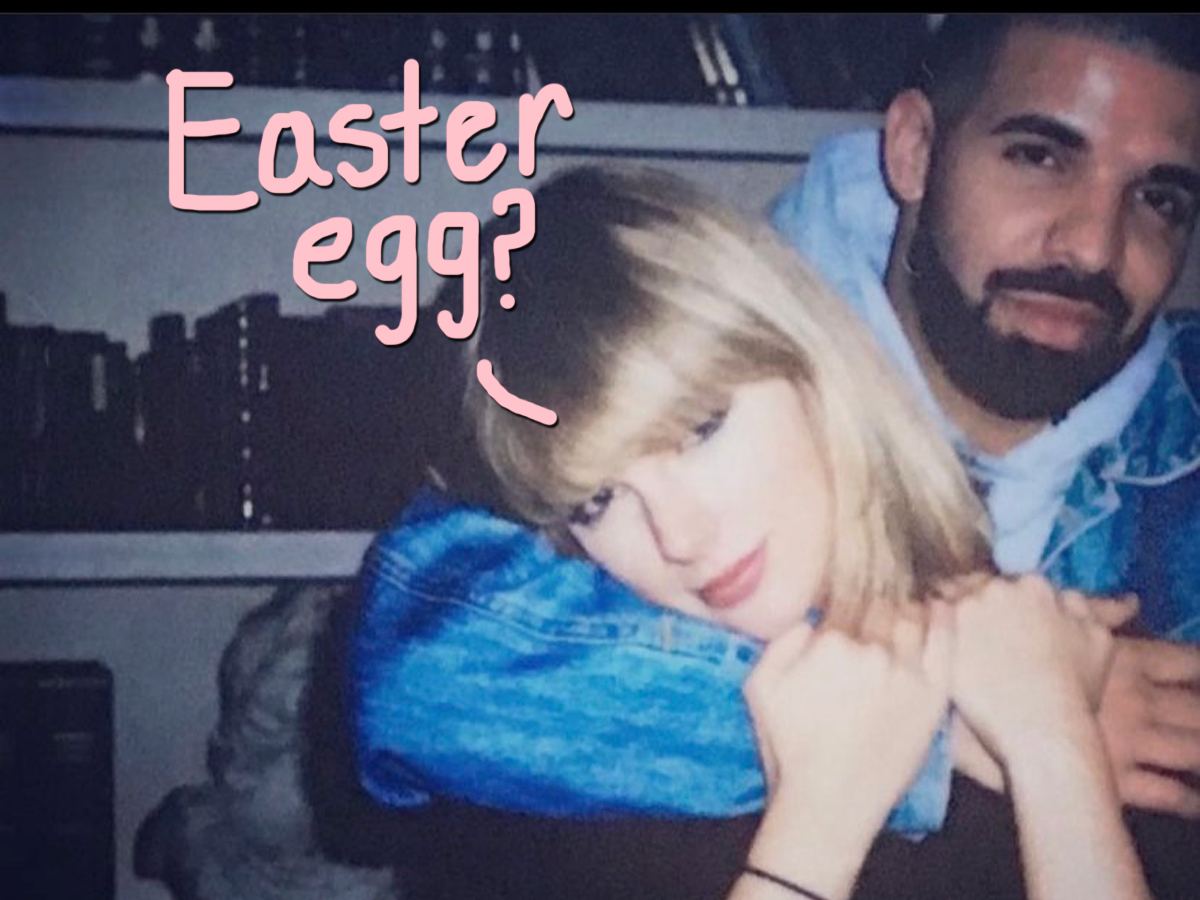 Taylor Swift fan theories may often seem wild and improbable, but the pop star has trained her fans to look for clues in each and every scenario. And rightly so, because she herself has said there are Easter eggs in her music, fashion, and album visuals, with some even being planted YEARS in advance.

So we don’t blame anybody for jumping to conclusions after Drake shared a TayTay throwback on Monday. The pic was included in a carousel that included photos of the rapper and his son Adonis. He cryptically captioned the post:

“They too soft to understand the meaning of hard work.”

The inclusion of a shot with his arm around the folklore artist in this photoset was a bit mysterious. Fans dated the pic back to the 1989 era (around 2014 – 2016) and immediately began speculating on Twitter:

“remember there were rumors about drake x taylor swift collab during 1989 era? what if that song is in the vault tracks??”

“CLOWNING TIME: drake recently posted a photo of him and taylor on his insta. the last time him and taylor took a photo together was in 2016 during the 1989 era. 1989 TV IS COMING WITH A DRAKE COLLAB!!”

So #bbmas tweeted ” Big announcement this week” in a cryptic Taylor swift way and at the same day drake posted a picture with Taylor THIS CANT BE A COINCIDENCE SOMETHING REALLY IS COMING pic.twitter.com/qTDto5mSPz

Could Drizzy be conspiring with Ms. Swift to drop some subtle clues? Or is the pic simply an innocent throwback of two pals hanging out? After all, the duo has been very friendly over the years. The singer famously attended his birthday party in 2016, the same year that they appeared in Apple Music commercials listening to each others’ tunes. They’ve also been vocal about appreciating each others’ friendship and talents.

“I love Taylor too man, she’s just such a sweetheart”
– Drake pic.twitter.com/AtaJduPuFu

In 2019, the Grammy winner made Drake into an Easter egg when she included a Hotline Bling pin on her clue-heavy denim jacket for an Entertainment Weekly cover. It turned out to be a reference to the Lover track I Forgot That You Existed, where she sang:

“And I couldn’t get away from ya/In my feelings more than Drake, so yeah”

Around the album’s release, she connected her own feud with Kanye West to his spat with the One Dance vocalist. (Ye had helped leak the existence of Drake’s son on the Pusha T track The Story of Adidon.) Speaking with Rolling Stone, Taylor said:

“And then when I heard the song [Famous], I was like, ‘I’m done with this. If you want to be on bad terms, let’s be on bad terms, but just be real about it.’ And then he literally did the same thing to Drake. He gravely affected the trajectory of Drake’s family and their lives. It’s the same thing. Getting close to you, earning your trust, detonating you. I really don’t want to talk about it anymore because I get worked up, and I don’t want to just talk about negative s**t all day, but it’s the same thing. Go watch Drake talk about what happened.”

Of course, Drake has supposedly healed his feud with Ye at this point, which we doubt Taylor will ever do again. But clearly, the old friends are still on good terms regardless!

What do U think this Drake post is all about, Perezcious readers? Is it a hint of what’s to come? Or are we reading too much into it? Let us know your theories in the comments (below)!