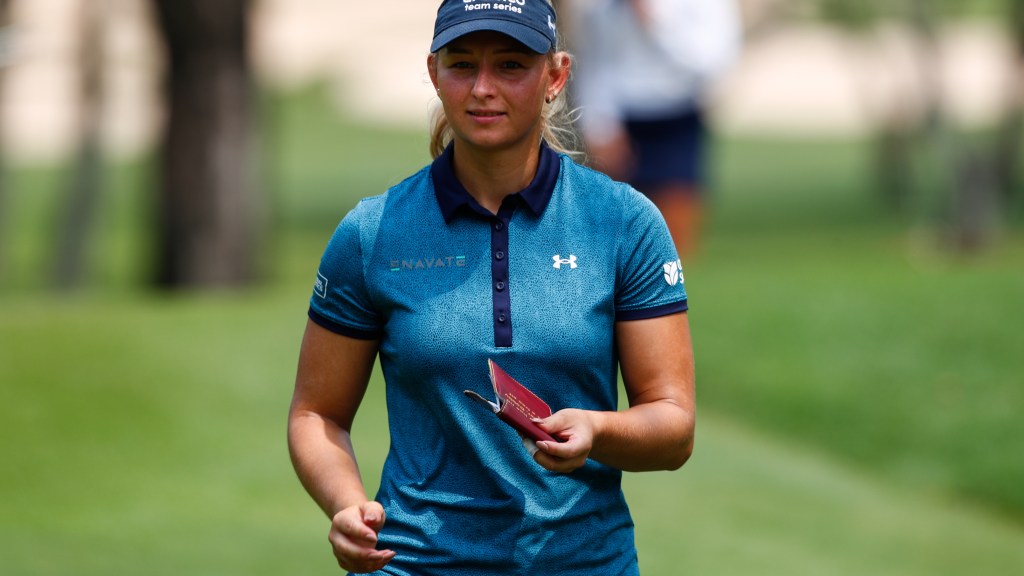 Emily Kristine Pedersen recorded a 10 on the closing par-5 18th to miss the cut at the Chevron Championship after a deflating 78. She was, understandably, down after that disaster.

But the European Solheim Cup player rebounded with a share of 18th last week at the Lotte Championship in Hawaii and now co-leads with Nasa Hataoka after an opening 4-under 67 at the DIO Implant LA Open. She’s thrilled to see her momentum so radically shift.

“I think you need a bit of confidence going into this course,” said Pedersen of historic Wilshire Country Club.

“There are a few tight drives … quirky shots into the greens where you really have to be on the right angle and just commit to the shots. So I think definitely having a bit of confidence helps going into this course.”

So Yeon Ryu simply wanted to get over her jet lag after coming to Los Angeles from South Korea this week. She was pleased to feel rested when she woke up on Thursday and opened with a 68. Ryu said she had little confidence about her swing after the Chevron.

“The biggest thing was I feel like I have zero idea about my golf swing,” said Ryu. “But I feel like now I understand a lot and then now I know where to go, and then right now I feel like I’m going to the right direction.”

Ryu said she and good friend Inbee Park enjoy the taste of home that playing in Los Angles brings.