Eoin Morgan: “I’m very happy with the role that I play within the white-ball team and English cricket at the moment.. I haven’t played red-ball cricket for a long time. I wouldn’t have any interest in the job. I would be no good at it”; Morgan also feels coaching roles should be split

England white-ball skipper Eoin Morgan has ruled himself out of becoming captain of the Test team, instead offering his backing to Ben Stokes.

Morgan led England to victory in the 2019 50-over World Cup, the culmination of a remarkable turnaround of the team’s white-ball form following a disastrous group-stage exit in 2015.

It had led to calls from some for Morgan to also lead England’s Test revival following a run of one win in their last 17 Test matches that led to Joe Root stepping down from the role last week.

The last of Morgan’s 16 Test caps came 10 years ago, while his most recent red-ball game for Middlesex was in 2019. 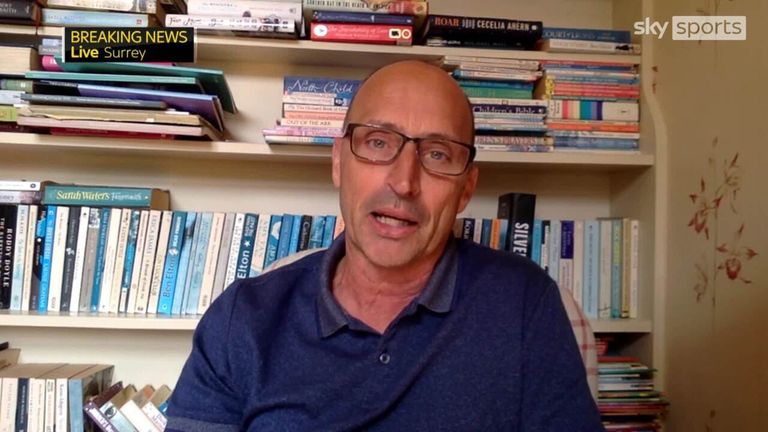 Asked if he would be interested in the job, Morgan told Sky Sports News: “Absolutely not, no.

“I’m very happy with the role that I play within the white-ball team and English cricket at the moment. It has been the part of my career that I’m most proud of.

“My career is firmly focused on World Cups, and hopefully sustaining what we’ve built over the last six years is probably going to be the most important part of what I leave behind eventually.

“I haven’t played red-ball cricket for a long time. I wouldn’t have any interest in the job. I would be no good at it.”

Morgan: Stokes is a brilliant leader

Stokes, who served as Root’s vice-captain, is the favorite for the job and Morgan backed him to continue to lead by example if he was to take on the role.

“Obviously Ben is a fantastic player, a brilliant leader, though he doesn’t need to have the captain’s armband on to the lead as he does,” Morgan said.

“The experience of the World Cup final here [at Lord’s] really showed his true colors in the way that he led from start to finish – and throughout the whole tournament as well. He’d certainly be a candidate.

“I think it would be hard to turn down the captaincy. It’s a privileged position to be in. Obviously, circumstances have to be right, but most people who want to take red-ball cricket forward would like to take it on.”

Morgan, who revealed he had spoken to the ECB’s new managing of England men’s cricket, Rob Key, this week, said it was an “exciting time” across all three formats, with a new head coach or coaches to be appointed.

The 35-year-old himself believes the role should be split, adding: “Just the demands of the game as a whole now are huge, there is almost no break.