It is understood that on Monday, Everton officially approached the PGMOL – the group responsible for refereeing standards in the top flight – to ask for an explanation around the incident in the 53rd minute when Joel Matip appeared to shove Anthony Gordon to the ground in the Liverpool box.

Frank Lampard’s side felt aggrieved as referee Stuart Attwell waved away the protests and even more when VAR Darren England declined to intervene in the incident, as he deemed an on-field review was not necessary.

Everton feels like the technology at Anfield has not been used with due consideration in a pivotal moment of the game, as the score was still goalless at the time of the incident.

The club is not seeking an apology but more specifically an explanation as to why the VAR check was so quick and did not even constitute a break in play.

Recently the club felt they have been wronged by refereeing decisions, including during their loss to Manchester City in March when they were not awarded a penalty for what seemed a clear handball by City’s Rodri. 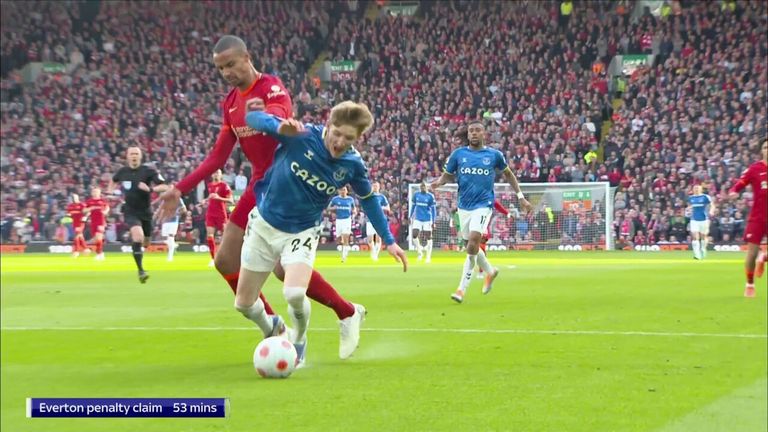 Head of referees Mike Riley subsequently apologized to both chairman Bill Kenwright and Lampard over the phone and admitted the officials took the wrong decision.

On Sunday, Jamie Carragher told Sky Sports Everton was denied a “clear penalty” as Attwell was influenced by an incident in the first half when he booked Gordon for what he perceived as a simulation.

FREE TO WATCH: Highlights from Liverpool’s win against Everton in the Premier League

Liverpool has not given away a single spot-kick in the Premier League at Anfield all season.

Lampard: You don’t get those here 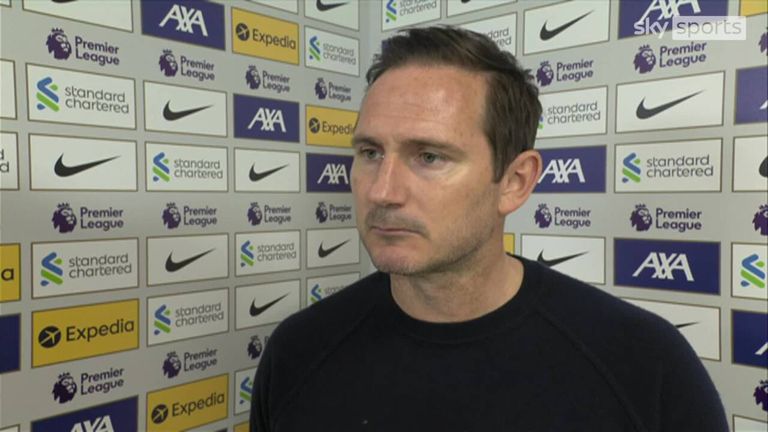 Frank Lampard remains optimistic about Everton’s chances of staying in the Premier League, despite finding themselves in the bottom three

Lampard felt Attwell’s decision to wave away Gordon’s protests had been influenced by a raucous home crowd at Anfield.

He said: “It was a penalty in the second half. I don’t think you get them here. I think if that is Mo Salah at the other end, he gets the penalty.

“I am not trying to create conflict there, I just think it is the reality of football sometimes. Maybe I have played for clubs sometimes at the top reaches of the league, with the crowd behind them, you get more than you don’t.

“The second one on Anthony is a foul. It is a clear foul. But you don’t get them here.” 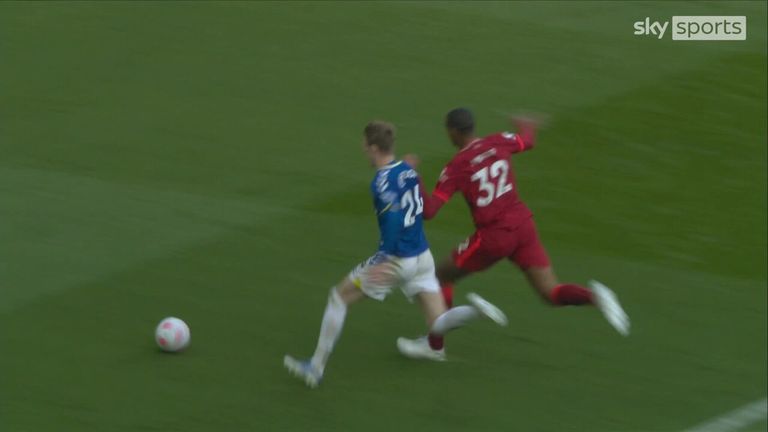 In his weekly Ref Watch segment, what did Dermot Gallagher think of the decision?

DERMOT’S VERDICT: An on-field decision by the referee.

DERMOT SAYS: “I think it’s an on-field decision – the referee has to make this decision. There’s an arm on the shoulder, there’s no doubt about that, and he goes down. I think they get tangled up.

“The referee is really clever because he doesn’t make an instant decision. If you look at him, he knows it’s a big decision, and he almost runs it through, gives himself time, and makes his decision.

“On that basis, it has to be his call, There’s no point throwing to VAR because you can’t say the referee has made a clear and obvious error because he has thought it through so much.

“I’d have gone with my gut reaction. I thought it was a penalty at first, but when I saw it again, I wasn’t convinced. It was a little bit too theatrical, the way he [Gordon] went down. He went down too easily for me so if I had gone to the screen, I would’ve stuck with no penalty.

“They [the referees] have a threshold of ‘is there enough [contact] to give a penalty. They didn’t think it covered the threshold. It has to be Stuart’s call, not anyone else.”