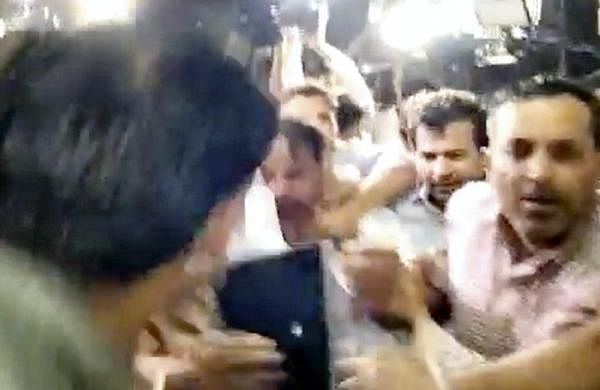 NEW DELHI: The Delhi Police has slapped the stringent National Security Act (NSA) on five persons arrested in connection with the April 16 Jahangirpuri violence and arrested two more people, including a man for allegedly supplying a pistol to an accused.

Clashes broke out between two communities during a Hanuman Jayanti procession at Jahangirpuri on Saturday, leaving eight police personnel and a local resident injured. According to police, there was stone-pelting and arson during the clashes and some vehicles were also torched.

Police said that among those booked under the NSA are Ansar, the alleged “main conspirator” behind the violence, and Sonu, who was seen in a video opening fire during the clashes. The other three are Salim, Dilshad and Ahir who are facing charges under the NSA for their alleged involvement in the violence, they said.

Police on Tuesday said that a man named “Gulli” has been arrested for allegedly supplying a pistol to an accused of the Jahangirpuri violence. Besides Gulli, Dilshad has also been arrested in the case. They are both residents of Jahangirpuri.

According to police, 25 people have been arrested and two juveniles apprehended in connection with the clashes. Asked if any of the accused has links with the Popular Front of India (PFI), a senior police officer said that the investigation is in the initial stage and all angles are being probed.

“The investigation is in its initial stage and if there is any link with PFI or if it was part of any criminal conspiracy or it was a pre-planned act, the crime branch unit of the Delhi Police is investigating the matter from all angles. A detailed and thorough investigation is being done by the investigation teams,” the officer said.

Multiple purported videos of the Jahangirpuri violence has emerged which are being analysed by the Crime Branch team to identify the more culprits. In one such purported video, several people were seen coming from behind the procession.

Some of them were also seen brandishing swords.