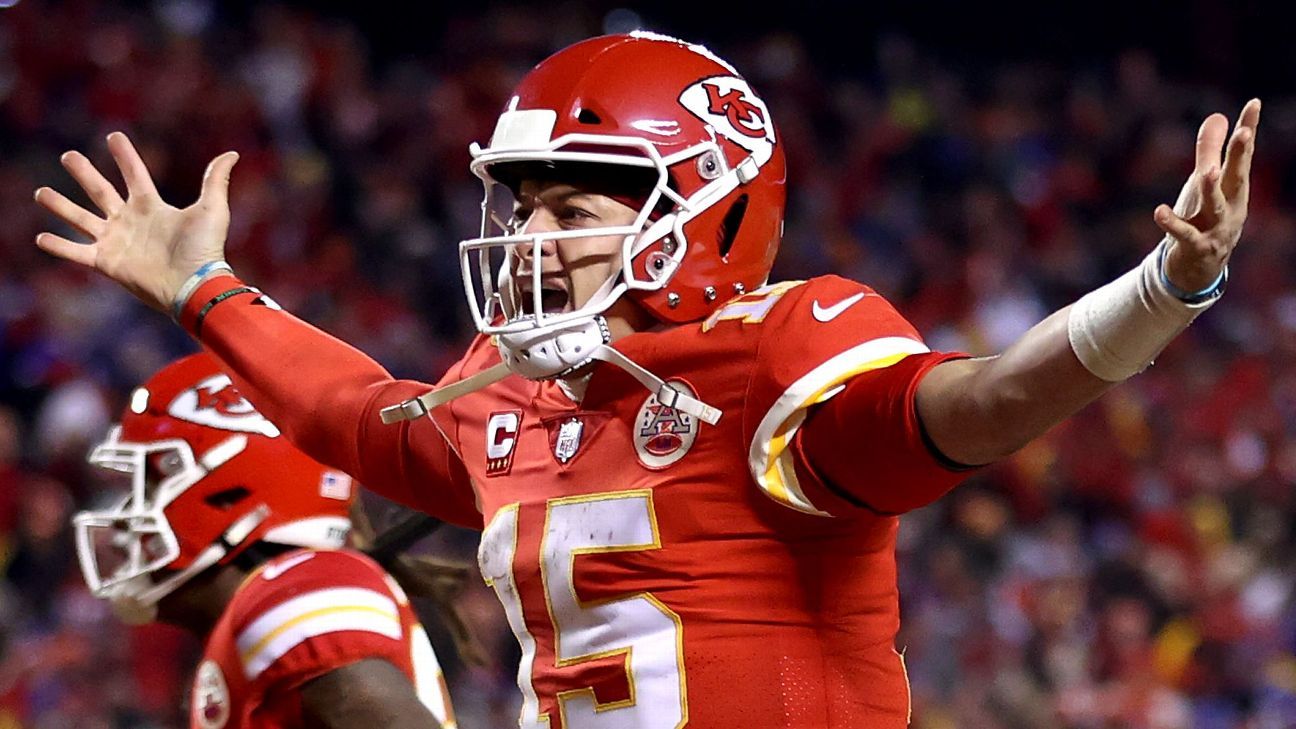 KANSAS CITY, Mo. — At some recent informal workouts in Texas, quarterback Patrick Mahomes threw passes to a group of receivers that included Marquez Valdes-Scantling and JuJu Smith-Schuster, two recent free-agent signings by the Kansas City Chiefs. Mahomes threw some passes he initially thought would be well over the heads of Valdes-Scantling at 6-foot-4 and Smith-Schuster at 6-1.

Instead, Mahomes said, “Those guys are catching it easy.”

The Chiefs have lost the dynamic playmaking ability of Tyreek Hill, their longtime No. 1 wide receiver who was traded last month to the Miami Dolphins for a package of draft picks. To Mahomes, having a set of receivers with a larger catch radius is one way the Chiefs can make up for Hill’s departure.

“The biggest thing you see actually from throwing to all these guys really is we have a lot of size in that receiving room that we haven’t necessarily had in the past,” Mahomes said this week as the Chiefs began their offseason conditioning program. “We’ve done it different ways with speed and beating guys deep. … Having that size, I think, will be different. I’m excited for it, and I think it will be something that will be useful for us during the season.

What you need to know about the Kansas City Chiefs:

“Having this good of a receiving room [with] everybody that can go out there and make plays, it will be great competition and help us in the long run.”

The Chiefs haven’t finalized their offensive plans. They haven’t yet seen Valdes-Scantling or Smith-Schuster on their practice field, and with two picks in each of the first four rounds of the upcoming draft, Kansas City could well add another receiver or two.

Still, coach Andy Reid said he didn’t expect the Chiefs to have an offense that is significantly different from the one they operated for the past several years. He said he’s also intrigued by adding some bigger receivers to help replace the 5-10 Hill.

“There are certain things he did very well, and we’ll have people try to fill in those spots without forcing anything,” Reid said. “Normally what we do in this is play to peoples’ strengths as best we can. We’ll see with some of the new guys what they can do and we’ll work around that.

“We’re fortunate they have speed, athletic ability, and size. We try to take those redeeming qualities and [use] them the best we can. It ends up being a little different flair than what we’ve had in the past.”

It has been some time since Mahomes played with a wide receiver quite like Valdes-Scantling, who runs fast to go along with his size. He has mostly thrown to smaller wideouts such as Hill and Mecole Hardman, also 5-10, or midsized receivers such as former Chiefs Demarcus Robinson, Byron Pringle, and Sammy Watkins, all 6-1.

Chris Conley — at 6-3 — is the last similarly sized wide receiver to play with Mahomes, and his last season was in 2018.

“Marquez can do a lot of different things,” Reid said. “He’s got good stop-start ability. He’s a big target. He can run your slant games. He can take your deep throws. He can run those intermediate routes. He’s got a good feel in space, so he gives us a little flexibility in there.”

Having a set of receivers that included fast players such as Hill and Hardman, Mahomes and the Chiefs last season went up against defensive schemes that included a lot of two-deep safety — or shell — coverage. Opponents were more successful using that type of coverage against the Chiefs in limiting the number of big plays.

Mahomes said without Hill, he wondered whether opponents would change their tactics.

“I’m very interested to see how defenses are going to play us in general,” Mahomes said. “A lot of that shells stuff was because of the speed we had on the outside. This year we have that speed still because of Valdes-Scantling and Mecole, but we also have bigger guys that can catch it over the middle with [6-5 tight end Travis Kelce], obviously, and JuJu and all these guys. We kind of have a nice mixture of speed and size, which I think will force defenses to not only play those deep coverages but also come up and play some man, too.

“They won’t know exactly where the ball is going every single play. We have so many different guys that can make plays in this offense. I’m just excited to be able to go out there and be able to spread the ball around.”