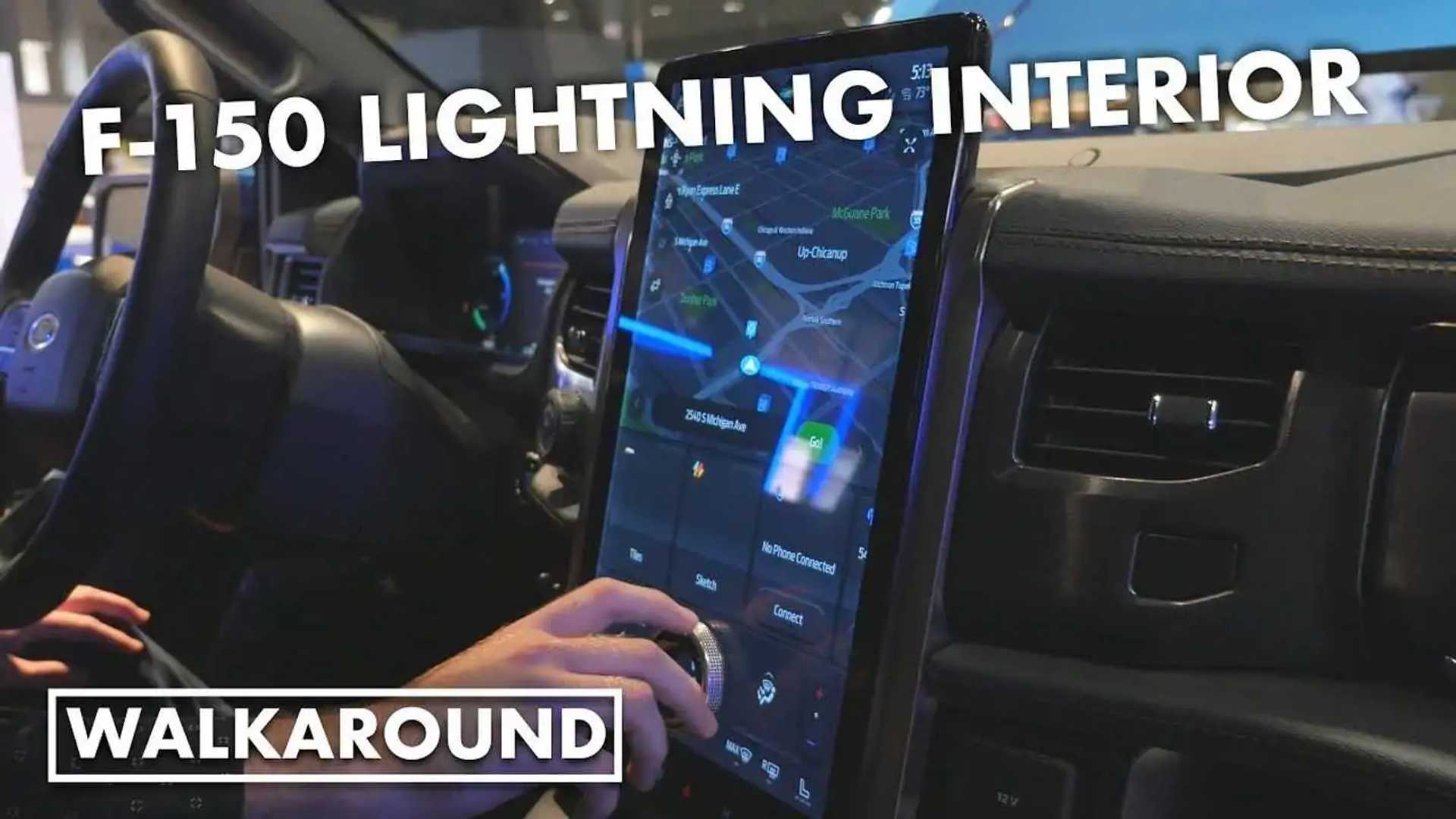 As cars, trucks, and SUVs become more like computers on wheels, it comes as no surprise to see video game capability on the upcoming Ford F-150 Lightning’s touch-screen infotainment system. Ford’s CEO Jim Farley has repeatedly mentioned that the company is learning from Tesla, and adding video game capability just makes sense.

A few days ago, Ford’s Vice President for Global EV Programs Darren Palmer posted a neat update on LinkedIn, which was discovered by Autoblog. It was a brief video clip of what appeared to be a child playing a racing video game in an F-150 Lightning, Ford’s upcoming electric pickup truck that’s set to launch a week from today.

To make the details of the video clip abundantly clear, Palmer started with the message, “Some cute little games now on the F-150 Lightning. Proving a hit with my kids in the final testing …”.

As you can see, one of Palmer’s children is using the infotainment system’s physical volume control knob – a feature that typically appeals to many critics of today’s increasingly touch-screen-oriented infotainment systems – to move the car back and forth across the display.

Ford is likely well aware at this point that when it launches the video game feature, it will have to make sure that it can only be used safely. Tesla had to send an over-the-air software update to its cars when it became clear that the driver could potentially play games while driving. The system was set up to allow the passenger to play, but a driver could have made the poor choice to play, and easily succeeded.

Autoblog also notes that Mercedes had a similar issue when it was learned that the all-new fully electric EQS sedan was capable of playing videos that could be watched by a driver while driving.

We’ll have to wait and see if the F-150 Lightning’s video game capability comes standard or costs extra. In addition, it seems there will be other games going forward. Perhaps next week Ford will provide some more information related to this feature, as well as others we may not yet be aware of.

Autoblog also shared the video below, which provides a brief tour of the F-150 Lightning: