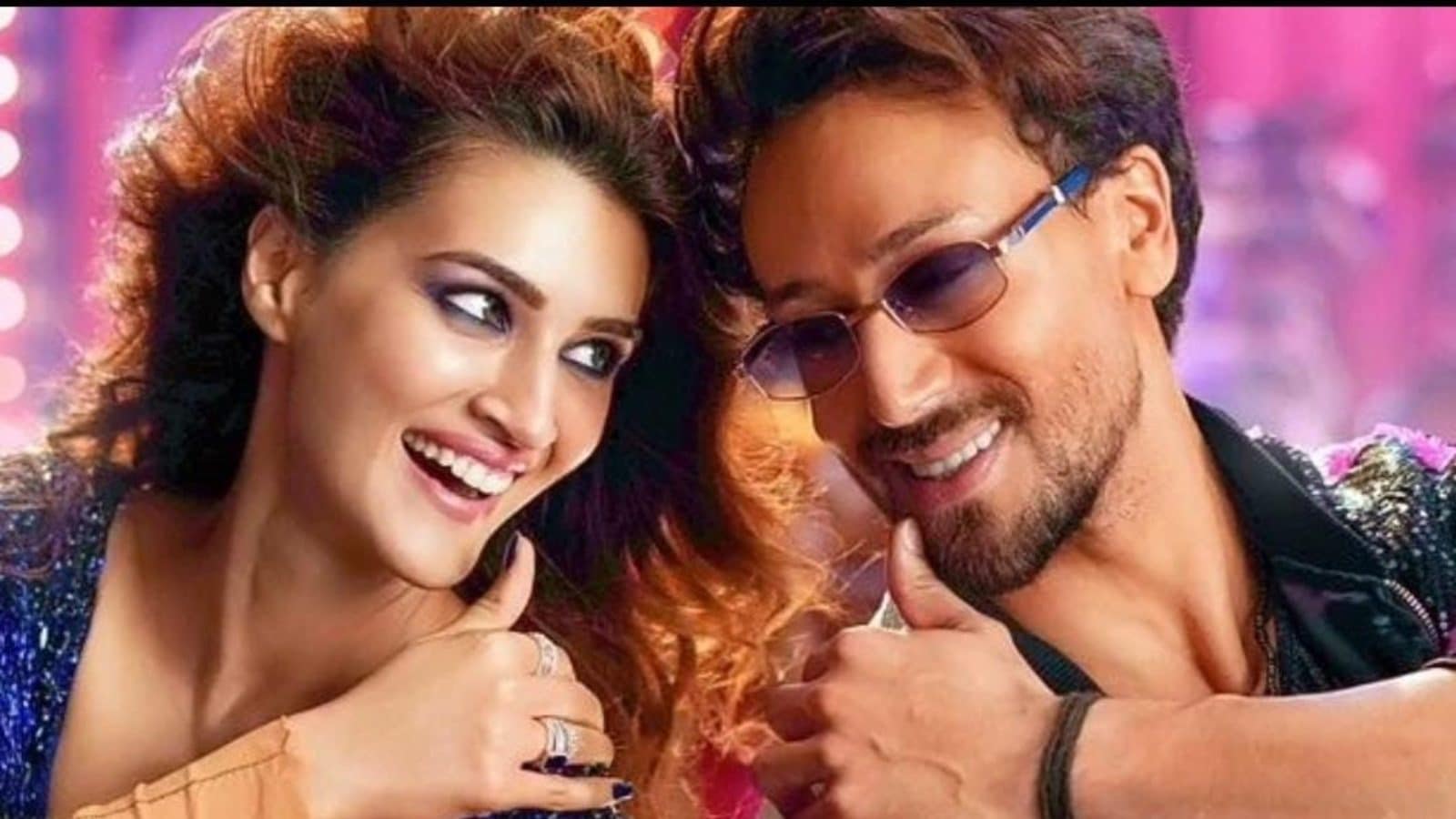 The OG Heropanti duo- Tiger Shroff and Kriti Sanon come together for the ‘Whistle Baja 2.0’ song from Heropanti 2

Back in 2014, Tiger Shroff made a spectacular debut with the blockbuster ‘Heropanti’ and since then Indian cinema has discovered a new dancing genius. Looking back in 2014, Tiger and Kriti’s chemistry was making headlines for their spectacular dance moves in Whistle Baja from Heropanti. To relive the same, Tiger and Kriti came together to groove their ways into our hearts with Whistle Baja 2.0.

Recently, Tiger shared a glimpse of the reprised version of his famous ‘Whistle Baja’ from his debut film Heropanti. The latest version, which also features Kriti Sanon in it makes us visit the nostalgic lane from the 2014 days. Now that the song has been released in a single-screen theatre at Gaiety Galaxy, the internet is already gushing over it. Tiger’s spectacular dance move has made the entire nation groove.
While getting nostalgic about the remake, the star composed a note saying, “Memories rushing through as we bring to you the 2.0 version of our special song #Whistlebaja, out on 22nd April at noon 🔥” Check out the post here:

Tiger Shroff, who has always managed to stun the audience with his daring action sequences and mind blowing dance moves is currently gearing up for the release of ‘Heropanti 2’. Recently, Tiger had shared a BTS video from the shoot, where he could be seen nailing most of the action sequences, and also gave a glimpse of the struggle that goes behind to make these look perfect.

Apart from Tiger Shroff, Tara Sutaria and Nawazuddin Siddiqui will also be seen in the lead roles. Written by Rajat Arora and directed by Ahmed Khan, the movie is all set to take us on an expedition. The music track of the film is given by A R Rahman. Heropanti 2 is all set to be released on 29th April 2022, and will clash with Ajay Devgn, Amitabh Bachchan and Rakul Preet Singh starrer Runway 34.