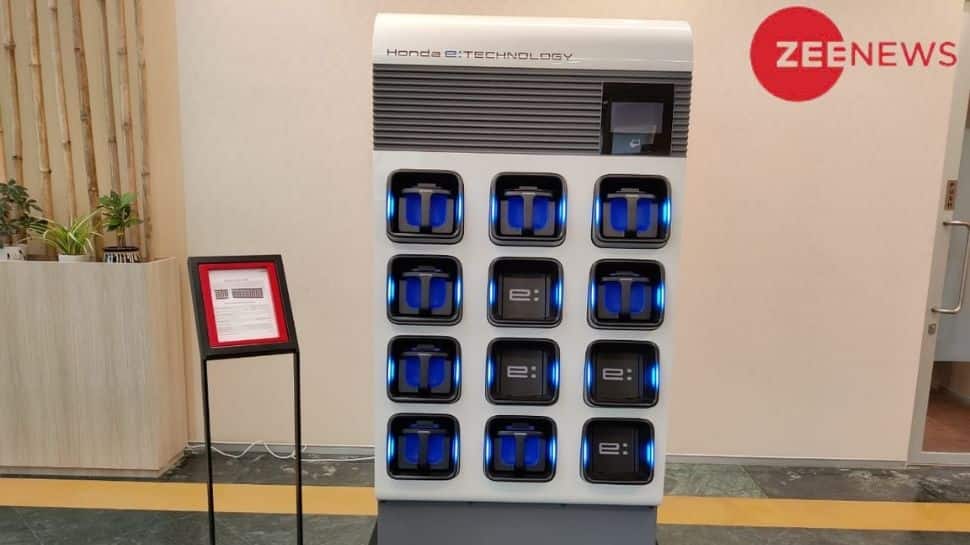 One of the major two-wheeler manufacturers in India, Honda Motorcycle and Scooter India (HMSI), is planning on planting a firm foot into the electric vehicle segment moving forward. The Japanese automaker plans to launch the Honda e: SWAP battery-swapping network in India. The swapping stations will be set up on the stations of Hindustan Petroleum Corporation Limited in Bengaluru and Bengaluru Metro Stations.

As per the latest announcements, the automaker plans to launch the Honda e: SWAP stations in phases starting in Bengaluru. The company is planning on starting the operations with 7 seven such stations and further expanding the network in a phase-by-phase manner. This step is in sync with the company’s and the government’s goal to transition to a more environmentally friendly fuel source.

Coming to the details of the Honda e: SWAP, the stations will have 12 slots per exchanger which will be connected to a cloud system. This battery exchange process is wholly digitized with protection against theft. Furthermore, as per Honda, the number of exchanger slots can be increased by pairing up to seven exchangers depending on the demand in the area.

Ensuring the security even more the company claims that the batteries have gone through multiple tests against water, falling from a height, and other tests to ensure their functioning even in tough conditions.