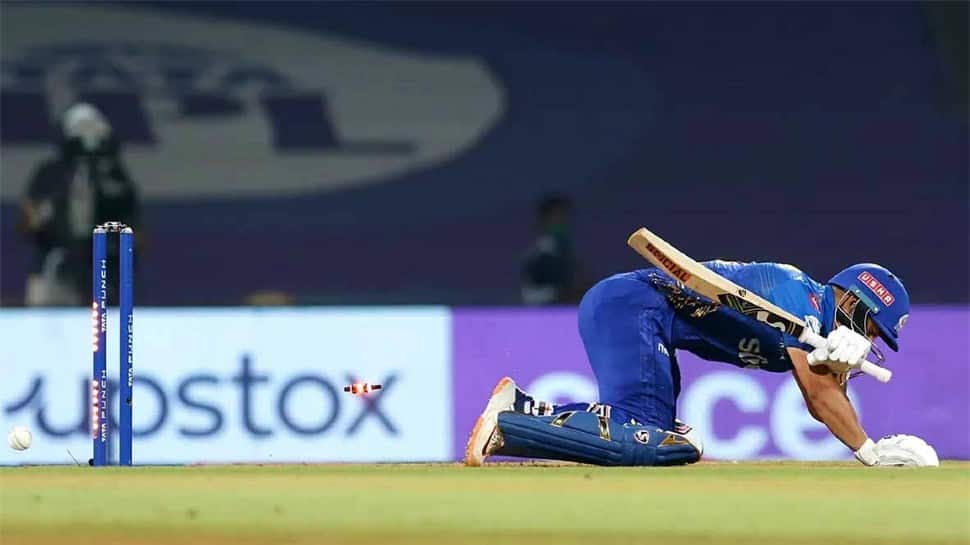 MI surpassed the earlier joint record of Delhi Daredevils (Delhi Capitals) and Royal Challengers Bangalore who started off with six defeats each in 2013 and 2019 respectively. This is also the 11th instance of a side losing seven matches in a row in IPL but the first time a team that had previously won the IPL title endured the ignominy.

Talking about the match, CSK won the toss and followed the trend in this year’s tournament of bowling first. Mukesh Choudhary of CSK dismissed the openers for a duck in the very first over. After this, MI fought hard with the help of Tilak Varma’s 51 off 43 and managed to put up a total of 155.

A heartbreaking loss on the last ball.

MI also started by taking the CSK opener for a duck after which the steady partnership from Uthappa (30 off 25) and Rayudu (40 off 35) got the team nearer to the target. The quick cameo from Pretorius (22 from 14) was very crucial in the end and the classic finisher MS Dhoni (28 not out off 13) finished the match with a boundary of the last ball.

After a disastrous start, Tilak Varma’s 51 not out helped MI to reach a decent total of 155 for 7, but in the end, it turned out to be not enough as CSK chased down the target of 156 in the final ball. “We got to a very reasonable target where we thought with the ball we could put them under pressure. I thought till the last over, we had them under pressure. But in the end, MS and Pretorius, they were quite calm and got them home,” MI skipper Rohit Sharma said.

Rohit said the pitch was good and his side could have got more runs after being invited to bat. CSK captain Ravindra Jadeja was all praise for Dhoni.

“Actually we were very tense, the way the game was going, but at some stage we knew that the great finisher of the game was there and if he played to the last ball, he can definitely finish the match. He (Dhoni) showed the world that he’s still here and he can finish the game,” Jadeja said.

On Ambati Rayudu and Dwayne Bravo, he said, “We have plenty of experience in our team so they know when to perform and what to do. So if we’re not winning the game, still we look to be calm and relax.”