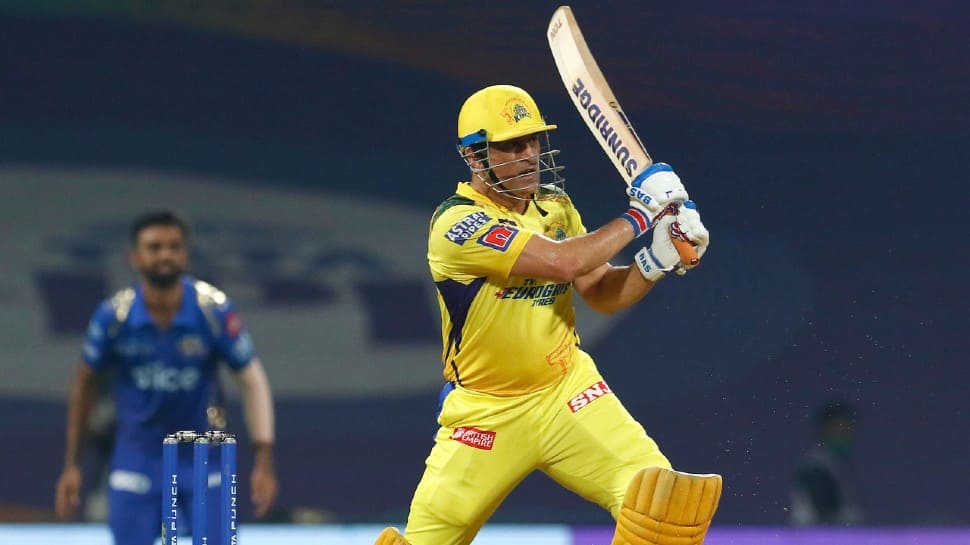 Former Chennai Super Kings captain MS Dhoni once again proved why he is one of the most legendary finishers in the world, guiding his side to a three-wicket win over Mumbai Indians in the IPL 2022 ‘El Clasico’ clash on Thursday (April 21). Dhoni equaled his own record of scoring the most runs of the last 4 ball – 16 – to win an IPL match, which he achieved against Punjab Kinga (while playing for Rising Pune Supergiants) back in IPL 2016.

Gujarat Titans duo of Rahul Tewatia and David Miller hold the IPL record – 17 runs off last 4 balls – against Punjab Kings in IPL 2022. AB de Villiers and Saurabh Tiwary had also managed to score 16 off 4 balls against Pune Warriors back in IPL 2012.

Teammate and CSK all-rounder Dwaine Pretorius sang praises of Dhoni the finisher after another heroic act. “Unbelievable. He’s the master at finishing off games and he did it again tonight. I wanted to go for that scoop shot in the first over against (Jasprit) Bumrah, but (Dhoni) said, ‘Wait, wait, wait. I waited and the next over I said, ‘Now I’m going. And he said to go for it. I went for it. We knew we need five boundaries, no dots and we could get over the line tonight,” Pretorius said.

A dejected Mumbai Indian captain Rohit Sharma rued his side’s top-order woes in the ongoing IPL but could only admire veteran Mahendra Singh Dhoni for his match-winning knock. Dhoni showed his finishing prowess with a 13-ball 28 not out to guide Chennai Super Kings to a three-wicket win in a last-ball finish.

“It was a great fight from us. We were right in the game. After batting not so well, our bowlers kept us in the game all through. But in the end, we all know how calming MS Dhoni can be and he took them home,” Rohit said at the post-match presentation.

“It’s hard to put a finger on that (top-order problems). If you lose three or a couple of wickets upfront, it’s always going to be tough. You’re always playing that catching (up) game.”