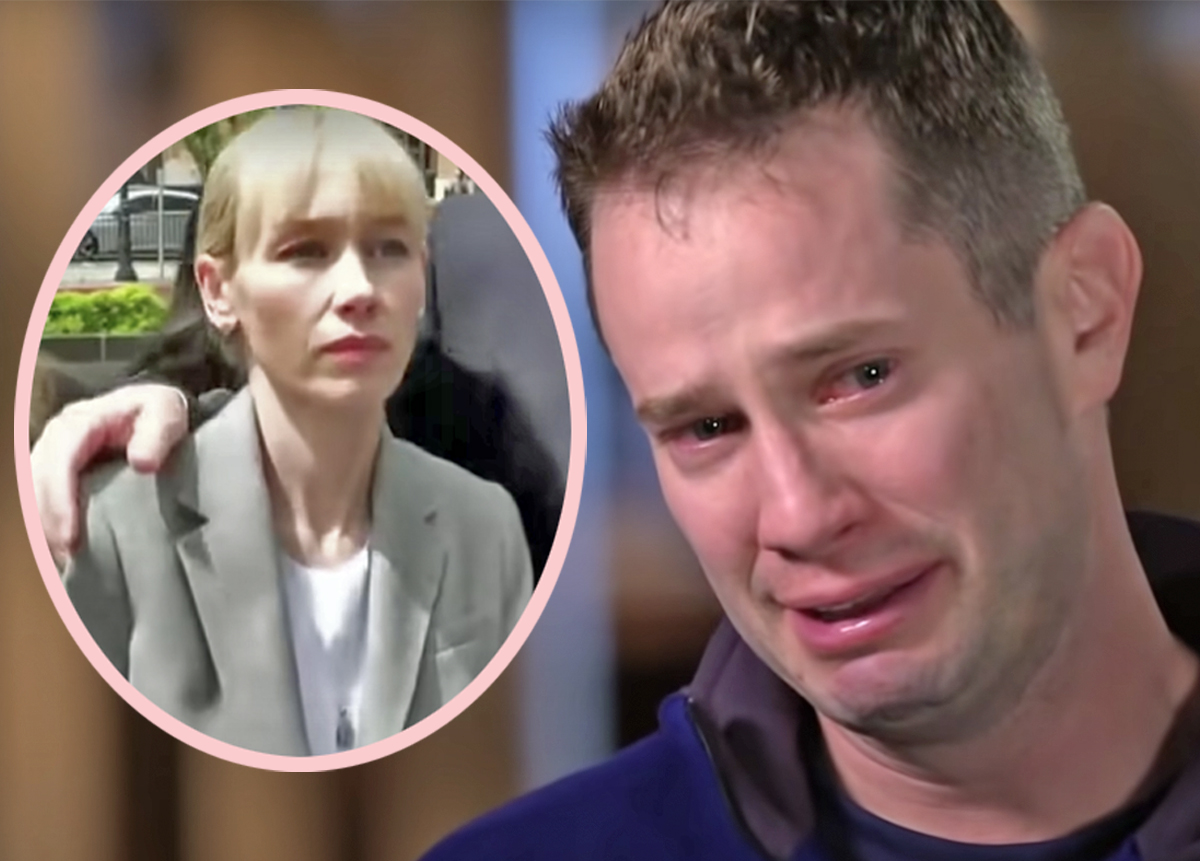 Sherri Papini’s husband is opening up about how “traumatized” he and the couple’s children were during his wife’s faux kidnapping. The California mom plead guilty earlier this month to charges related to the hoax, finally admitting publicly that she had faked the abduction that made national headlines. Immediately after, Keith Papini filed for divorce, signifying an end to his once vocal support for his other half.

As his wife faces legal retribution for her 2016 disappearance, during which she went missing for 22 days and then claimed she was kidnapped and tortured by two women, Keith is now asking for sole custody of their two children, Tyler and Violet, while seeking an official split from Sherri. Seems reasonable, especially considering what the legal docs say she put him through.

Related: Rihanna & A$AP Rocky Seen Out Together For The First Time Since His Arrest!

In a declaration for the Shasta County Family Court obtained by the Sacramento Bee and the Associated Press on Monday, the father recalled the trauma his family has dealt with since that fateful day his wife left with no warning, sharing:

“The whole problem started in November 2016 when Sherri left our children at a daycare and simply disappeared.”

At the time, he truly believed she had been kidnapped, according to his statement, and only just learned otherwise. He expressed:

“Now that I have learned the truth as reflected in the plea agreement that she has made with the U.S. Attorney’s office in Sacramento, I must act decisively to protect my children from the trauma caused by their mother and bring stability and calm to their lives. Both I and, especially, our children were traumatized by her disappearance and I spent much time and money trying to find my wife.”

The emotional turmoil of losing their mother has continued to affect the young kids, Keith added:

“The trauma inflicted on our children at the unexpected loss of their mother was heartbreaking.”

He also stated in the document that the kidnapping has “kept life in turmoil” for the family all these years. He also noted that Sherri was “literally tackled by law enforcement agents” when arrested. Yikes for these poor kids.

This harrowing reflection on how the true crime story has impacted his personal life comes after Keith filed for divorce and sole custody of his two children on Wednesday. The filing shed some insight into Sherri’s behavior as of late, saying that she “has not been acting in a rational manner,” seemingly referencing her guilty plea. Whoa…

Just two days after filing for divorce, the loving father insisted in an interview with People on Friday:

“I wish to make it clear that my goal is to provide a loving, safe, stable environment for [the pair’s children] and I believe the requested orders are consistent with that goal and the best interests of the children. I do not want to say anything in the pleadings connected to this matter that would inflame the situation or attract media attention.”

It’s inevitable for some attention to be placed on this divorce given the high-profile nature of Papini’s fake kidnapping, but we love to see that he is prioritizing his kids above all else. They’ve certainly been through enough already. As we reported, Sherri has pleaded guilty to one count of lying to a federal officer and one count of mail fraud after signing a plea agreement. Her sentencing is scheduled for July 11.

Related: Colorado Man Dies After Setting Himself On Fire In Front Of Supreme Court

Following her arrest, she said via her attorney:

“I am deeply ashamed of myself for my behavior and so sorry for the pain I’ve caused my family, my friends, all the good people who needlessly suffered because of my story and those who worked so hard to try to help me. I will work the rest of my life to make amends for what I have done.”

As Perezcious readers know, this mystery began on November 2, 2016, when Sherri went out for a jog in Redding, California and was kidnapped by two armed, masked Hispanic women — or so she claimed. She said that she was tortured, branded, and chained inside a bedroom for 22 days until she emerged on Thanksgiving Day. Her family, including her children ages 2 and 4 at the time, was thrilled to welcome her home, but in the years since an investigation found evidence that the 39-year-old made up the whole thing!

Officers discovered that Sherri had been hiding out with an ex-boyfriend in Southern California. When he was confronted, he admitted to helping the mother “run away” because she claimed her husband had abused her. During her stay with the ex-boyfriend, she “created the injuries while staying with him, including hitting herself to create bruises and burning herself on her arms,” a federal complaint filed against her stated. Meanwhile, Keith had been publicly supporting his wife during and after her disappearance, including in an emotional 20/20 interview (below):

We cannot imagine what Keith and the children must be feeling knowing that the trauma they believed their loved one suffered was all made up… So, so sad. Thoughts?