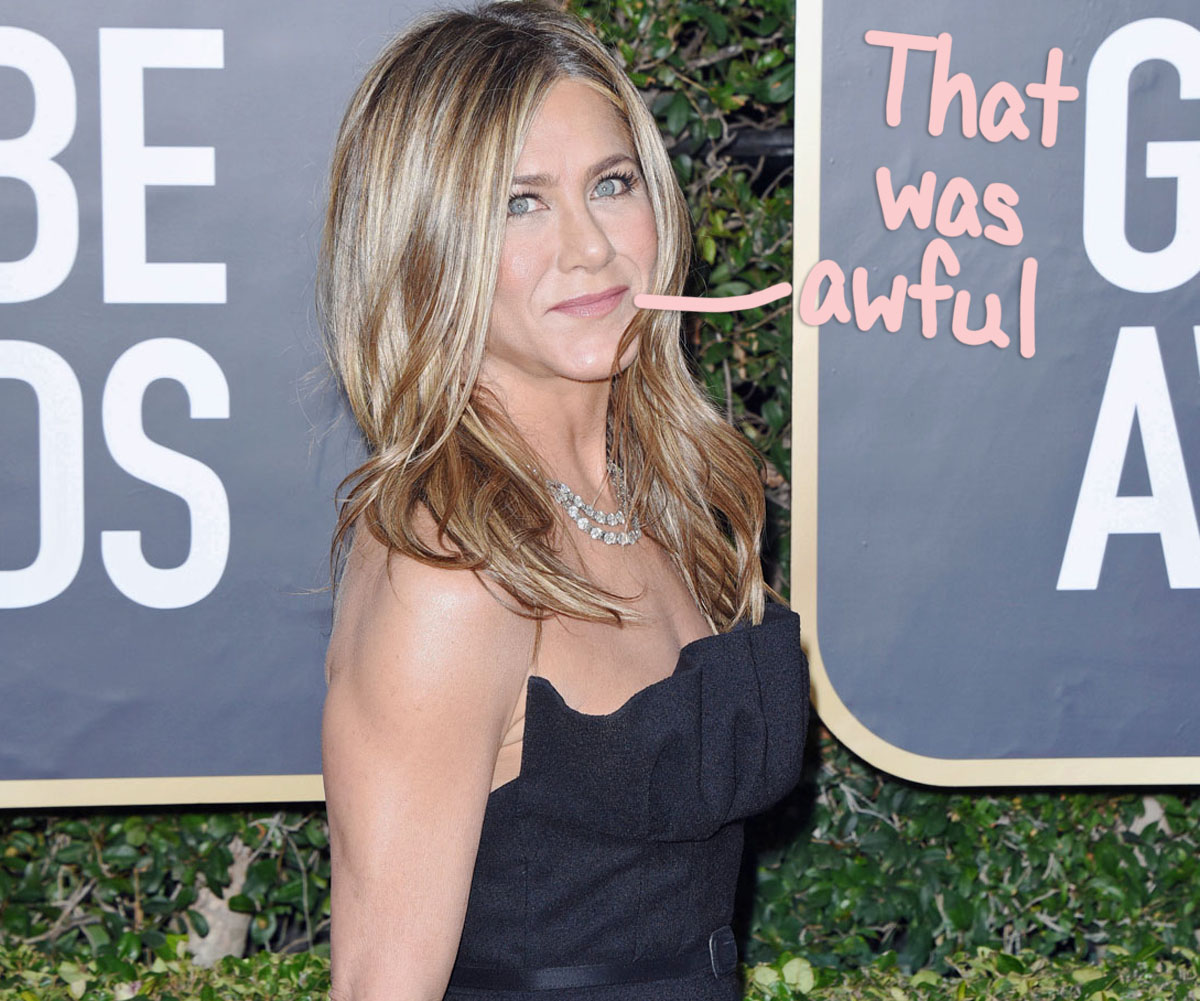 Jennifer Aniston has been dealing with something so many of us face from time to time — and now, she’s taking direct action to combat the problem.

The 53-year-old world-famous actress opened up late last week about her longstanding issues with insomnia and sleepwalking, and optimistically revealed that her sleeping problems are on their way to being fixed. Still, it sounds like she went through a LOT with her health and well-being just to get to this point.

Related: Jennifer Reveals She Had To ‘Walk Out’ In The Middle Of Difficult ‘Friends’ Reunion

The Friends alum got real about her decades of sleeping problems and sleep-related anxiety issues in a brand-new chat with People. Speaking candidly about some of the dreadful, seemingly-endless nights she’s endured over time, Aniston explained how going to bed was “almost like walking the plank” for years.

“I think it started somewhere in my 30s or even earlier, but you just don’t start to notice the effects of a lack of sleep when we’re younger because we’re so invincible. It began as something that I would just accept and then all of a sudden you realize the effects of your lack of sleep and how it affects your day and your work and your mind function and your physique.”

We hate to hear that.

The sitcom veteran went on to explain how she’d inevitably end up wide awake and watching the clock — which she called “a big no-no” — before giving herself feelings of anxiety over her inability to sleep.

“And the more I worry about it, the harder it is to fall asleep.”

Most concerning was how the Dumplin’ star used to sleepwalk when things got really bad. She recalled some of her toughest times trying to sleep in the past, explaining:

“I have been known to do that. I’ve been woken up by house alarms going off that I’ve set off. And I don’t think I do that anymore — that was when I was super sleep deprived.”

Thankfully, she doesn’t sleepwalk any more. The actress noted how there is kind of a “silver lining” with her lack of sleepwalking now, explaining:

“The body is saying, ‘Now don’t go out and set the alarm off again, okay?’”

Still, that’s SO scary and unsettling.

For a while, Aniston put off getting medical help for her sleeping issues. But recently, she has started to see a sleep doctor, which she “absolutely recommends people do” if they are having the issues she had been experiencing.

According to the mag, she even joined in on a new campaign called Seize the Night and Day, in which “people can find news and advice for dealing with their own sleep issues.”

Related: Is Jennifer Aniston The ‘Actress’ From Taylor Swift’s Memorable ‘All Too Well’ Lyrics?!

As for easy advice, the We’re The Millers alum explained that in addition to a sensible diet and regular exercise, getting her phone out of the bedroom and having a nighttime trial has proven to be crucial for her sleep success:

“Make bedtime the same every night, which is challenging for us actors, because if we’re on a movie, the schedule is all over the place.”

FYI, there is at least one thing Jen won’t give up: sleeping with her pups! The longtime TV star explained why she keeps her three dogs, including 1.5-year-old canine Chesterfield, in the bed with her:

“It’s just too cozy when they cuddle! It’s worth it. Especially since Chesterfield is not a puppy anymore. Now he’s just a sweet, deep sleeper. I actually envy his sleep sometimes.”

We can certainly understand that part!

Seriously, though, we are so glad to see Aniston is getting the medical attention she needs. That sleepwalking stuff must be so scary.