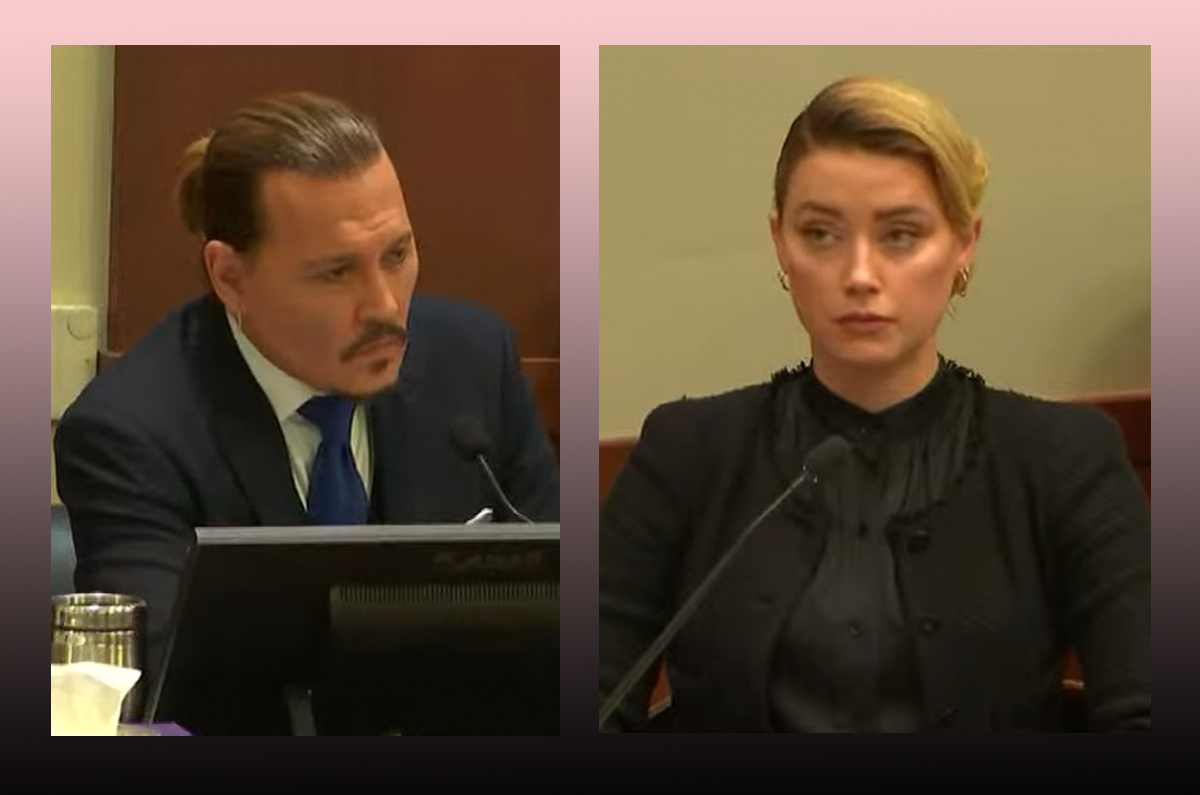 A new week, a new look into the twisted, toxic relationship of Johnny Depp and Amber Heard.

At the center of the $50 million defamation trial (and let’s not forget Amber’s $100 mil countersuit) is the accusation that Johnny abused his now ex-wife for basically the entirety of their 15-month marriage. So the entire ordeal has become a de facto criminal trial for Johnny, only one in which the Pirates of the Caribbean star attempts to prove a negative — that he never committed domestic violence. You know, since he’s the one trying to prove defamation.

Related: Johnny Claims Amber Heard Would Threaten To Kill Herself If He Left

We have heard recordings which put into doubt Amber’s version of the relationship — including in which she admits to “hitting” Johnny and even taunted him about it. And we’ve seen videos which do the opposite, showing Johnny going on a rampage and smashing kitchen cabinets while drinking wine. It doesn’t look good for Johnny, but there also hasn’t been a smoking gun, any piece of evidence apart from Amber’s word that he ever physically harmed her.

So once again we’re diving back into the archives of their couples counseling. In a tape produced by Amber’s team, the pair have a very serious relationship conversation in which Johnny seemingly talks about his habit, one which we’ve heard the Aquaman star blast him for, of leaving when things get confrontational. He says:

“Walking away is necessary, is necessary, especially between you and I. It’s of utmost importance. The next move, if I don’t walk away, it’s just going to be a bloodbath. Like it was on the island, of course. It’s not worth it. Why even be miserable, can we just have some semblance of understanding?”

Whoa! Amber responds that if the choice is between a “bloodbath” and leaving, she will “obviously” choose the latter. To which Johnny asks:

“Then why has it been chosen so many times?”

She says it isn’t a conscious choice, he says it’s “stubbornness.” It’s a pretty basic and banal relationship conversation, if we’re being honest — except there is that one word that keeps coming up…

While on the one hand it shouldn’t need to be said, this is a case about defamation and public perception, so…

We will say explicitly that there’s no reason to assume this is a literal “bloodbath” he’s referring to. As we’ve seen from his text messages, the man is a fan of, let’s say flowery language.

But Amber’s attorney, Benjamin Rottenborn, wanted to focus on the word anyway. He also brought up an earlier text from March 12, 2013, in which Johnny wrote to Amber to mention:

“Just thought you should know there exists a book titled Disco Bloodbath, that’s all.”

Disco Bloodbath is James St. James‘ memoir about the Club Kids murder — it’s the book that inspired the film Party Monster. But the focus seemed to be on the title, as Amber seemed to imply it reflected something that happened with them:

“We need that book! Is it about last Friday night by any chance?”

What happened last Friday night? Whatever it was, Johnny alludes to it being pretty awful in his answer:

“How can you make me smile about such a hideous moment. Yes it is. Funny bitch. I f**king love you, c**t.”

Dang. Even when he’s being sweet he’s using the C-bomb. Not that it makes it less disappointing, but we’re starting to think it’s just the way the movie star talks when he’s not on red carpets or talk shows. But again, no explicit mention of what happened… And Amber’s lawyer jumps to playing the next tape without a question about the context.

More very particular snippets of audio were played for the court. In one, a distraught Amber says:

“You wouldn’t have used that as a way to hit me. I was pouring my heart out to you, what do you do? ‘Let me get another stab in here.’ That’s what you thought, huh? You listen to me cry, and ‘now I’ll get her.’ Is that what you think? You just do without thinking. You do without thinking, huh? Get a stab in when you can. Throw a swing when you can. When better than when I’m on the floor because that’s when it’s really good to hit someone.”

We will say again, this sounds like figurative language, this time on Amber’s part. While she does refer to being “hit” in this clip, nowhere did she ever accuse Johnny of stabbing her, and yet she’s using that word more than once as well. But again, no questions were asked.

More audio in which they screamed at one another was played. Johnny yells at Amber, calls her a “stupid f**k” and tells her to “shut up.”

In what was perhaps meant to be the most incendiary clip, the two are yelling at one another, then her voice gets distant, as if he is walking away with the recording device going with him. He can still be heard, saying angrily:

It sounds like Amber is saying “stop” and what might be “get off” but is very faint — again, as though she is across the room from Johnny as he walks out a door. This time, Johnny was asked a question. Rottenborn asked:

Then in another clip, Amber tells Johnny:

“Put your f**k*ing cigarette out on someone else.”

What did the 58-year-old have to say in court in response to hearing that audio again? He downplayed the violent imagery once again, saying:

“I think that was another grossly exaggerated moment of Miss Heard. I didn’t put a cigarette out on her.”

In yet another bit of audio, Amber says:

“I cry in my bedroom after I dumped you a week prior after you beat the s**t out of me. A week later you show up saying you want to say goodbye.”

Is he admitting to the “beat the s**t out of” her comment? The saying goodbye? Unfortunately there isn’t much context to that either.

Between the various audio clips and texts, it is abundantly clear that Johnny Depp uses violent language. Amber apparently does as well. But thus far we still have not heard a smoking gun. Will that be enough for Johnny’s side to come out on top?? We’ll have to see what the jury thinks.

See more of the day’s cross-examination (below):

What do YOU think, Perezcious paralegals??