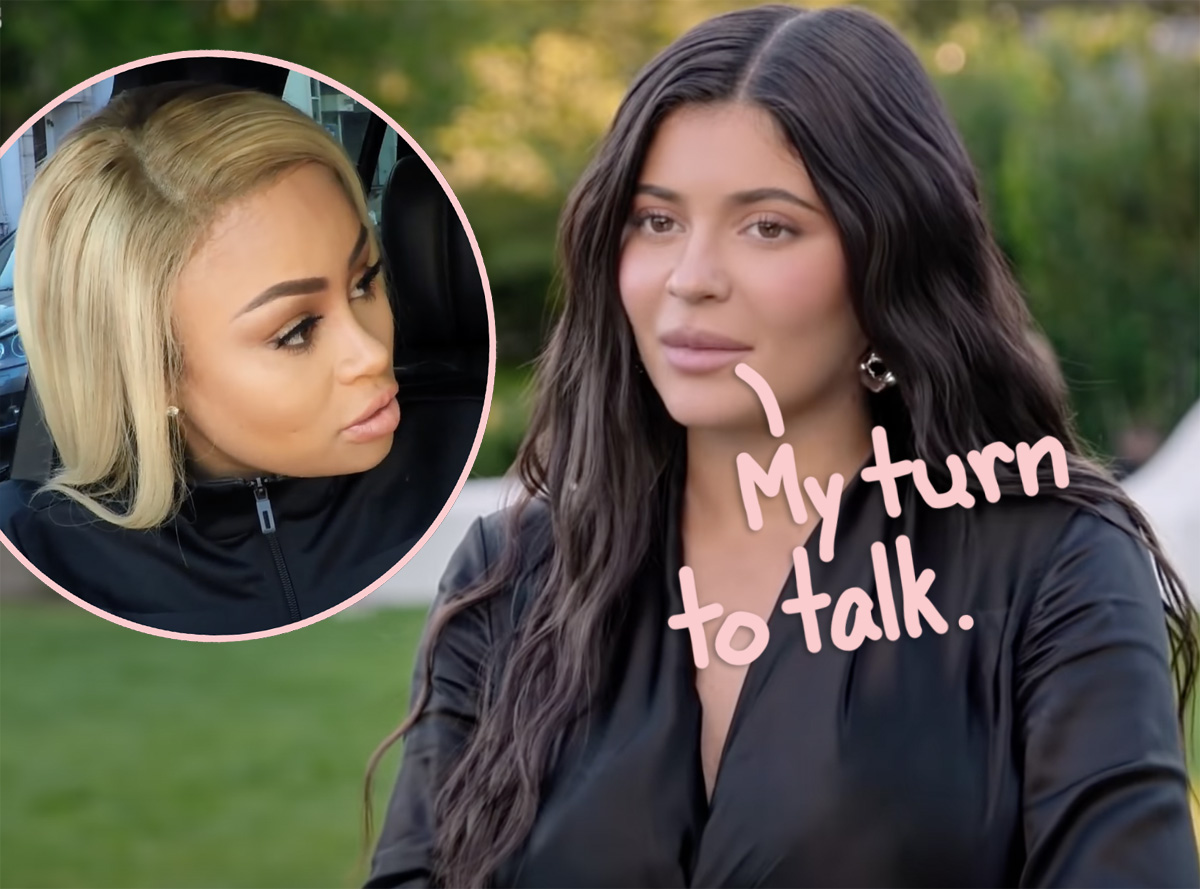 Kylie Jenner took the stand on Monday in the ongoing civil trial between her famous family of reality TV royalty and their foe — Rob Kardashian‘s ex, Blac Chyna.

The civil trial is the culmination of a $100 million lawsuit Chyna filed against Rob’s family, including momager Kris Jenner and others in the high-profile clan. And after major drama every day last week as the trial kicked off, it looks like Kylie’s testimony on Monday morning is continuing the controversy.

Related: Whoa! Blac Chyna Wants To Take Another Shot At The Stand?!

The 24-year-old beauty and cosmetics mogul took the stand and surprisingly “smirked” at points during her testimony, according to The Sun. Court reporters noted the Kylie Cosmetics star was wearing a brown silk suit and black boots as she was sworn into the witness seat. Amid her answers to questions from Chyna’s lawyers, Kylie first revealed that she first met Rob’s controversial ex during a walk with her older sister, Kim Kardashian.

Kylie stopped short of ever saying she had a bond with Chyna, though, responding:

“I wouldn’t have considered us friends, no.”

Then, after Chyna’s lawyer Lynne Ciani asked if Kylie had any feelings of animosity towards Dream Kardashian‘s momma, the Life of Kylie alum explained:

“I don’t know… Probably after I heard about the attack on my brother, he called me, I felt anger.”

Of course, that alleged attack on Rob — which reportedly occurred in December 2016 — is a key point of contention in this trial.

Related: Wait, Kylie’s BFF Reveals She Had A SEPARATE Falling Out With Jordyn Woods?!

Kylie expanded upon that moment from her perspective when Tyga was brought into the discussion. The 32-year-old rapper has dated both Kylie and Chyna, so the mutual situation there is intriguing, to say the least.

And Kylie explained how Tyga apparently used to talk about Chyna to her, testifying:

“Tyga did tell me that he never planned on marrying her, but that’s just what he told me. I don’t know if they were really engaged or not. I never put much thought into that, no.”

Of course, considering Kris previously took to the stand to claim she heard Chyna wanted to kill (!) Kylie at one point, we can understand the smirks, and the shade, and the dismissiveness… at the very least. Just saying!

Now, Kylie also claimed that Tyga sometimes talked to her about his prior troubles with Chyna. Kendall Jenner‘s younger sister said on the stand:

“When we were dating he would just express to me his troubles with Chyna, he showed me his arm, I can’t remember which arm, and said Chyna slashed his arm. He expressed to me her abuse with alcohol and drugs, they got into a fight and she slashed him.”

And when asked about the alleged slashing incident, Kylie agreed with the lawyer that it was “about six inches” long, and added:

“It was a healed scar when I saw it.”

After all that, once Kylie and Tyga got wind that Rob was in a relationship with Chyna, the two of them went to the Arthur George founder’s house to try to warn him.

Kylie reported this about it in court:

“Tyga and I went over to Rob’s house and expressed our concerns, yeah.”

Obviously, their warnings didn’t take hold — at least, not right away.

As Perezcious readers will recall, Rob and Chyna share 5-year-old Dream, who was conceived prior to the infamous December 2016 incident at the center of this suit. Chyna also shares 9-year-old son King Cairo with Tyga. In addition to this lawsuit, Chyna has been in the news lately for supposed child support issues with both Rob and Tyga involving the co-parented children.

As for these specific matters, the trial will continue on into Tuesday and beyond…