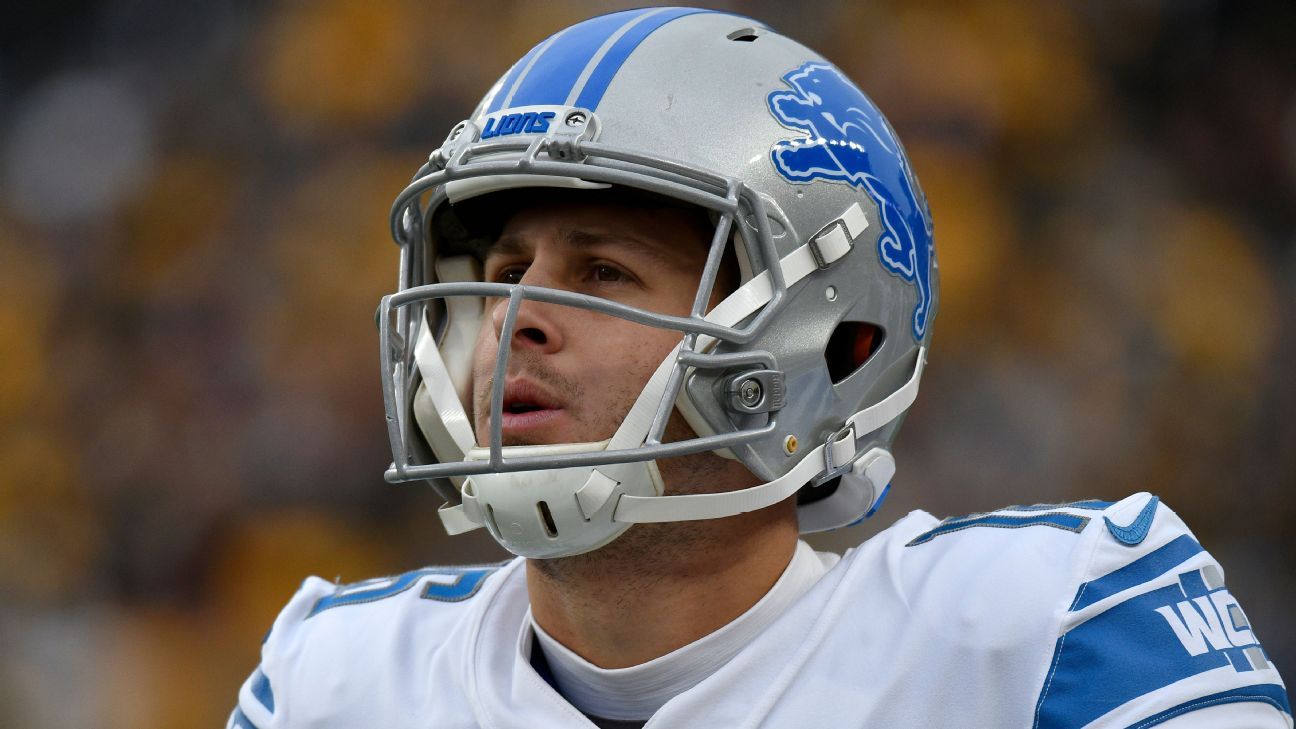 ALLEN PARK, Mich. — Rumors continue to swirl around the Detroit Lions, linking them to potential prospects including quarterbacks, with the 2022 NFL draft officially one week away.

Detroit currently holds the No. 2 and 32 overall picks, but Lions quarterback Jared Goff is choosing to remain focused on his offseason training and not front-office decisions.

He claims he has “no concern” if Detroit were to select another signal-caller in the draft.

The thought of embracing a mentorship role isn’t something he’ll allow himself to focus on unless it actually happens, though.

“Yeah, maybe,” Goff said. “I’ve always liked helping younger guys, but I have no idea. I’ve never been in that position.”

Goff says “there’s no way to control” the talk of the Lions potentially selecting another quarterback.

“What do I make of the talk? The talk is always just the talk. If it happens, great, I’ll deal with it from there and be the best player I can be,” Goff said. “If it doesn’t, you guys probably won’t talk about it again, so it’s the way the media cycle works. Again, I trust those guys up top. They’ve expressed confidence in me so I’m excited.”

The Lions have reportedly hosted Liberty’s Malik Willis and Pittsburgh’s Kenny Pickett for pre-draft visits this week while the coaching staff was able to gather extensive observations of Willis after coaching him in the Senior Bowl.

Lions general manager Brad Holmes doubled down again that they are searching for a game-changer in the upcoming draft. However, he wouldn’t tip his hand on any specific intentions — outside of the Lions having their prospects narrowed down and that they feel confident in their list.

“I’ll probably sum it up like this: If there’s a player that we have buy-in and that we want, I’m going to try to get that player. That’s just bottom line,” Holmes said. “So, there is value in being patient and sitting back and you’ve just got to assess where the value is on your draft board.”

Holmes has developed a reputation for his draft evaluation even before joining the Lions. Prior to coming to Detroit, he worked with the Los Angeles Rams organization from 2013 to 2020, most recently serving as the director of college scouting, where he was credited with drafting Aaron Donald and Cooper Kupp.

The last time the Lions drafted a quarterback was in 2017 when they selected Miami’s Brad Kaaya during the sixth round. At this point, they’re exploring all of their options.

“I’ve said all positions so if that position is a quarterback, then it’s a quarterback. Just because often it’s been stated that picking up there, it’s got to be the quarterback or pass-rusher or tackle and all the kind of stuff,” Holmes said. “But, look, I’ve said from Day 1, give me a game-changer at any position and there are multiple positions where we do see that potential game-changers could be there in the future. Time will tell, of course, with however they develop, but we feel really confident in the coaching staff we have to develop those players. But yeah, it could be any position.”