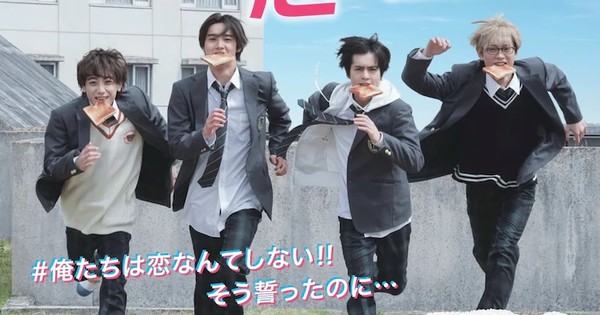 The official website for the live-action series of Ryoko Fukuyama‘s Koi ni Mudaguchi (Chatter About Love) manga revealed the visual and additional cast for the series on Thursday. 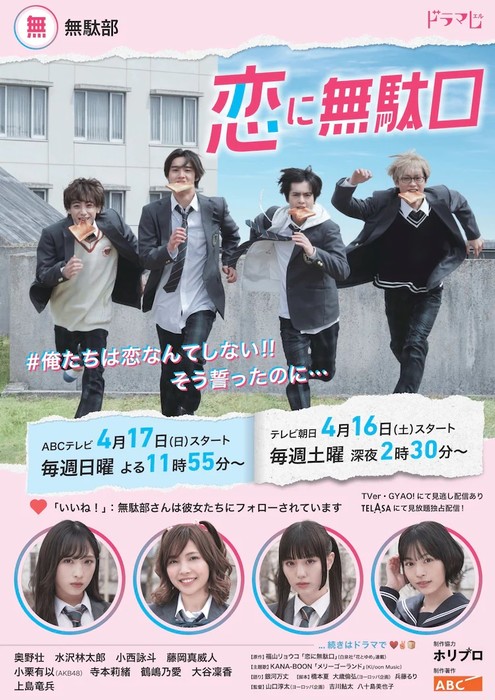 Veteran voice actor Banjou Ginga will narrate the series. Comedian Ryūhei Ueshima, Takigawa Akapen, and Mone Akitani are also joining the cast. Ueshima plays an original character named Morimi, a school janitor who always watches over the four boys from afar. Akapen plays Terakado, the butler of Maya, one of the boys who always wants to solve their problems by throwing money at it. Akitani plays Nakamura, the manga club president, and Ema’s confidante that always gives her accurate advice.

The show will star So Okuno, Rintaro Mizusawa, Eito Konishi, and Maito Fujioka as Nishina, Maya, Shiro, and Aoi, respectively. The additional cast members include Yui Oguri as Ema, Rio Teramoto as Meri, Noa Tsurushima as Reika Tsunde, and Rinka Ōtani as Amane.

Natsu Hashimoto, Tomohiro Ōtoshi, and Ruri Hyōdō are writing the scripts, and Junta Yamaguchi, Ayuta Yoshikawa, and Miyako Yasojima are directing the series. KANA-BOON will perform the theme song “Merry Go Round.” The series will premiere on TV Asahi on April 16, and on ABC TV on April 17. The show will stream on TELASA, TVer, and GYAO! in Japan. 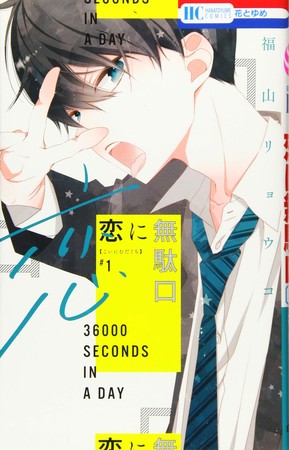 Fukuyama launched the manga in Hakusensha‘s Hana to Yume magazine in September 2019. Hakusensha published the seventh volume on March 18.

The romantic comedy manga centers on four foolish young men who are wasting their youths. The four young men have only their good looks going for them, and they enroll in a school that used to be an all-girls school. They start a club called the “Preserving Intangible Cultural Heritage” club, but its nickname is the “Pointless Club.” Every day at the club they just sit around idly talking about trivial matters.

Fukuyama launched the Anonymous Noise manga in Hana to Yume in April 2013, and ended the series in January 2019. Viz Media has released the manga in English.

A 12-episode television anime adaptation of the manga premiered in Japan in April 2017. Sentai Filmworks licensed the anime and streamed it on Amazon‘s now-defunct Anime Strike service in the United States. Crunchyroll streamed the series outside of the United States. Sentai Filmworks released the series on home video with an English dub in June 2018, and HIDIVE began streaming the show’s English dub in the same month.

A live-action film adaptation of the manga premiered in Japan in November 2017.

Fukyama also launched the Kikenai Yoru wa Nai (The Unhearing Nights are Dead) manga in Young Animal Zero in September 2019, and the series is ongoing.