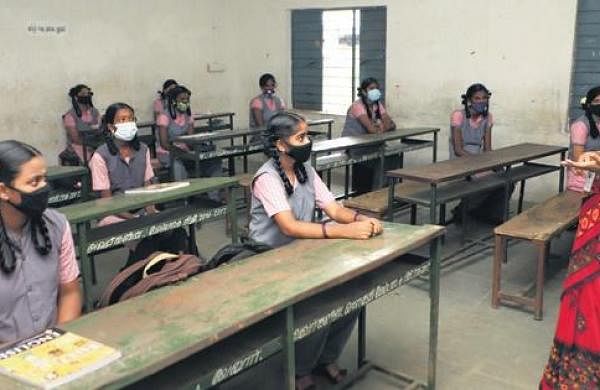 NEW DELHI:  Unpaid for four months, teachers associated with schools run by the cash-strapped East civic body wrote to Union Home Minister Amit Shah for seeking his intervention in the matter. In its letter on Monday, the Delhi Municipal Teachers Association (DMTA) said the dues are still pending despite the Centre’s recent gazette notification for the unification of the three corporations into a single civic body.

According to the Association, the teachers were “assured” that once the unification process starts, pending dues of the employees will be the cleared on priority. But, the Association said, that there was no clarity about receiving salaries on April-end or not despite the notification being issued on April 18. Over 5,000 teachers are left in dire situation, the DMA said.

“We wrote to the union Home Minister seeking his intervention, as the condition of teachers is deteriorating every day. Most of them have been buried under loans or are surviving somehow with the help of family and friends. They have taken loans to pay their EMIs so that they are not blacklisted by the banks. In such a situation, how are they expecting to go on?” Ramnivas Solanki, general secretary, Delhi Municipal Teachers Association.

Mahipal Singh Mavi, a teacher for 25 years, said that he had to borrow money on interest to pay his child’s annual school fee. “I don’t know how to stretch this any further. I have already burnt a whole in the savings, which was for any emergency or health situation. The mayor, the political leadership, nobody has any answer for us while we still go about our job every day,” said Mavi, who is also the convener of the east wing of the association.

A delegation of teachers has sought time from senior BJP leader and MP Manoj Tiwari on April 27 regarding the matter, he said. Teachers have held rallies, protests and hunger strikes at least 100 times over the past few years to demand their dues but to no avail, Mavi said.

East mayor pleads helplessness
East Corporation mayor Shyam Sundar Aggarwal said the civic body doesn’t have funds to pay their employees. “Except for safai karmcharis, whose salary is pending for a month, all other employees across categories including teachers have not got their salaries for the past four months. We have been writing to the Delhi government to release the funds for this quarter. It should have come by April 10, but the tranche has still not been released. We are helpless,” the mayor said.

Cash crunch in MCDs, staff tired of protest
It is not just teachers who are facing problems. Doctors, nurses, paramedics and safai karmcharis working for the East and North civic bodies too have been demanding their pending salaries and pensions. The civic bodies have been undergoing a severe financial crisis, as they have  been claiming that the Delhi government has not been releasing the funds “due” to the civic bodies. The AAP government claims that largescale corruption in MCDs had led to this crisis.