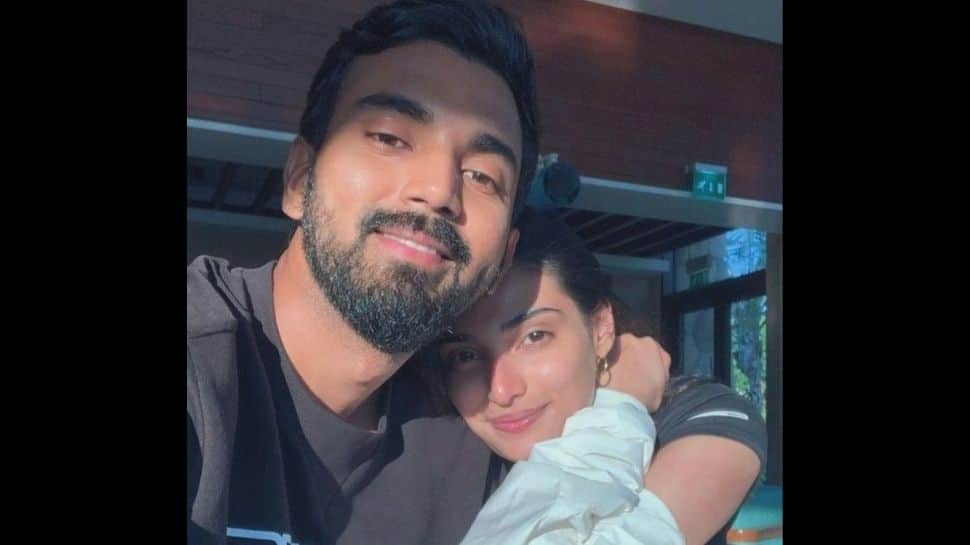 The wedding bells for Lucknow Super Giants skipper KL Rahul and his Bollywood star girlfriend Athiya Shetty are not far away. The celebrity couple is not set to ‘move in’ together, according to reports circulating in the media.

Just days after reports that Rahul and Athiya are set to tie the knot later this year, it has now emerged that the couple is looking to rent a posh apartment together. Athiya Shetty and KL Rahul who never shy away to profess their love for each other are all set to rent an apartment together. The lovebirds are said to be looking to live together in a 4-BHK apartment on the 8th floor of a Carter Road residence, according to Pinkvilla.

This apartment has a view of the sea and the monthly rent for this apartment will be Rs 10 lakh.  According to multiple reports, Athiya and KL Rahul who have been dating for 3 years, are planning a winter wedding.

Suniel Shetty, who was born into a Mangalorean Tulu-speaking family in Mulki in Mangalore, and is a South Indian, will most likely marry his daughter in a South Indian wedding ceremony. Both of their parents adore the Bollywood actor and Indian skipper together and the couple will marry by the end of 2022 if everything goes as per the plan. Athiya’s friend, on the other hand, denied the couple’s wedding plans because they have a lot on their plates.

Meanwhile, KL Rahul has been fined 20 percent of his match fee for breaching the Indian Premier League’s (IPL) Code of Conduct during his team’s match against Royal Challengers Bangalore at the DY Patil Stadium on Tuesday night. An IPL statement said that “Rahul admitted to the Level 1 offense of the IPL Code of Conduct and accepted the sanction.”

Rahul’s teammate Marcus Stoinis has been reprimanded for breaching the Indian Premier League’s Code of Conduct during his same match. The 32-year-old Australian admitted to the Level 1 offense of the IPL Code of Conduct and accepted the sanction. “For Level 1 breaches of the Code of Conduct, the Match Referee`s decision is final and binding,” said the IPL statement.