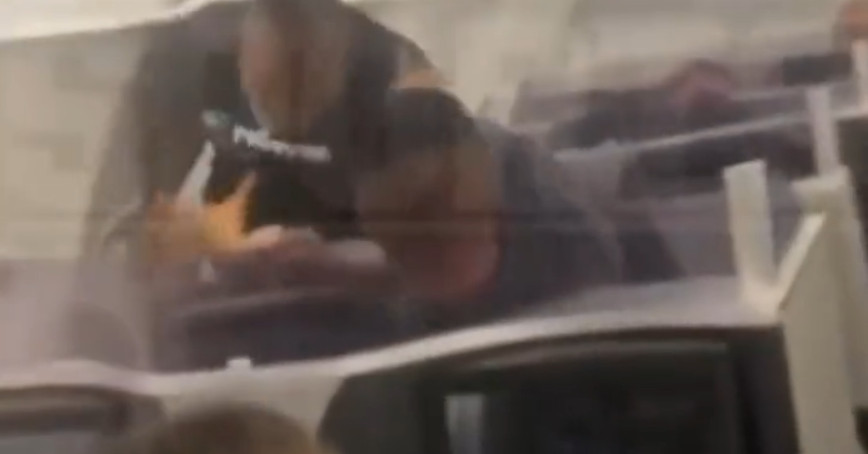 Man struck on the plane by Mike Tyson: Mike Tyson was in the headlines last week after a video emerged showing the retired boxer pummeling a man during a flight. More video from the incident showed that the man appeared to be antagonizing Tyson, over a prolonged period of time, before ‘Iron Mike’ lashed out.

Tyson’s actions were met with near-universal applause within the combat sports community, with fighters and pundits alike claiming the airline passenger got what he deserved.

The passenger has since been named Melvin Townsend III. His lawyer, Matt Morgan, recently spoke to TMZ about the incident and claimed that Tyson went over the top in retaliating against an “overly excited” fan.

“Our client is a big Mike Tyson fan,” claimed Morgan. “When Mike Tyson boarded the plane, he became overly excited. At first, their interaction was cordial.”

“At a certain point, Mr. Tyson clearly became agitated by an overly excited fan and began to strike him in an excessive manner,” continued Morgan. “This situation could have been avoided simply by contacting the flight attendant. Our client denies throwing a water bottle prior to being struck by Mr. Tyson.”

Morgan went on to claim that Tyson, given his prowess in the art of striking, should have used restraint in this situation.

“To state the obvious, as one of the greatest fighters of all time, Mr. Tyson should have exercised greater restraint before using his hands on an overly excited fan.”

TMZ also spoke to a source directly connected to Townsend’. That source told the outlet that Townsend was “still in shock and has not made a determination on what his next steps will be.” The source said Townsend hired a lawyer because of his physical injuries and the “overwhelming nature” of the incident, including the number of media requests he is receiving.