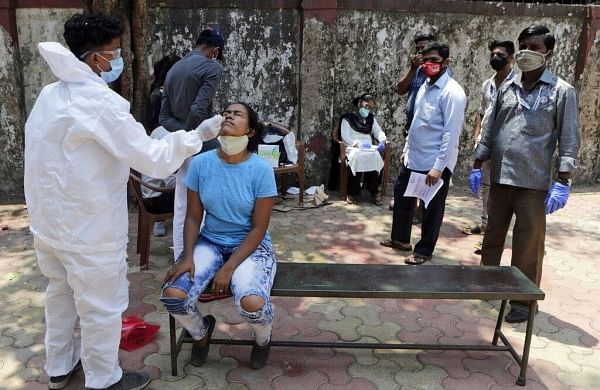 MUMBAI: Mumbai on Friday reported 68 COVID-19 cases, a dip from 98 on Wednesday, which was the highest for April so far, and 91 on Thursday, a civic official said. It took the tally in the metropolis to 10,59,141, while the death toll remained unchanged at 19,562, he said.

A Brihanmumbai Municipal Corporation health bulletin said that 65 of the 68 new cases were asymptomatic, while the remaining three had been hospitalised, though none of them needed oxygen support. It also stated only 12 out of the 26,044 hospital beds earmarked for COVID-19 treatment were currently occupied.

Civic data showed the recovery rate is 98 per cent, the positivity rate stands at 0.007 per cent, the caseload doubling time was 11,343 days and the overall case growth rate between April 15 and 21 was 0.005 per cent.

It also revealed the country’s financial capital was free of sealed buildings and containment zones. On January 7 this year, Mumbai had seen a record 20,971 cases, while the fatality peak of 90 was reported on May 1 last year.