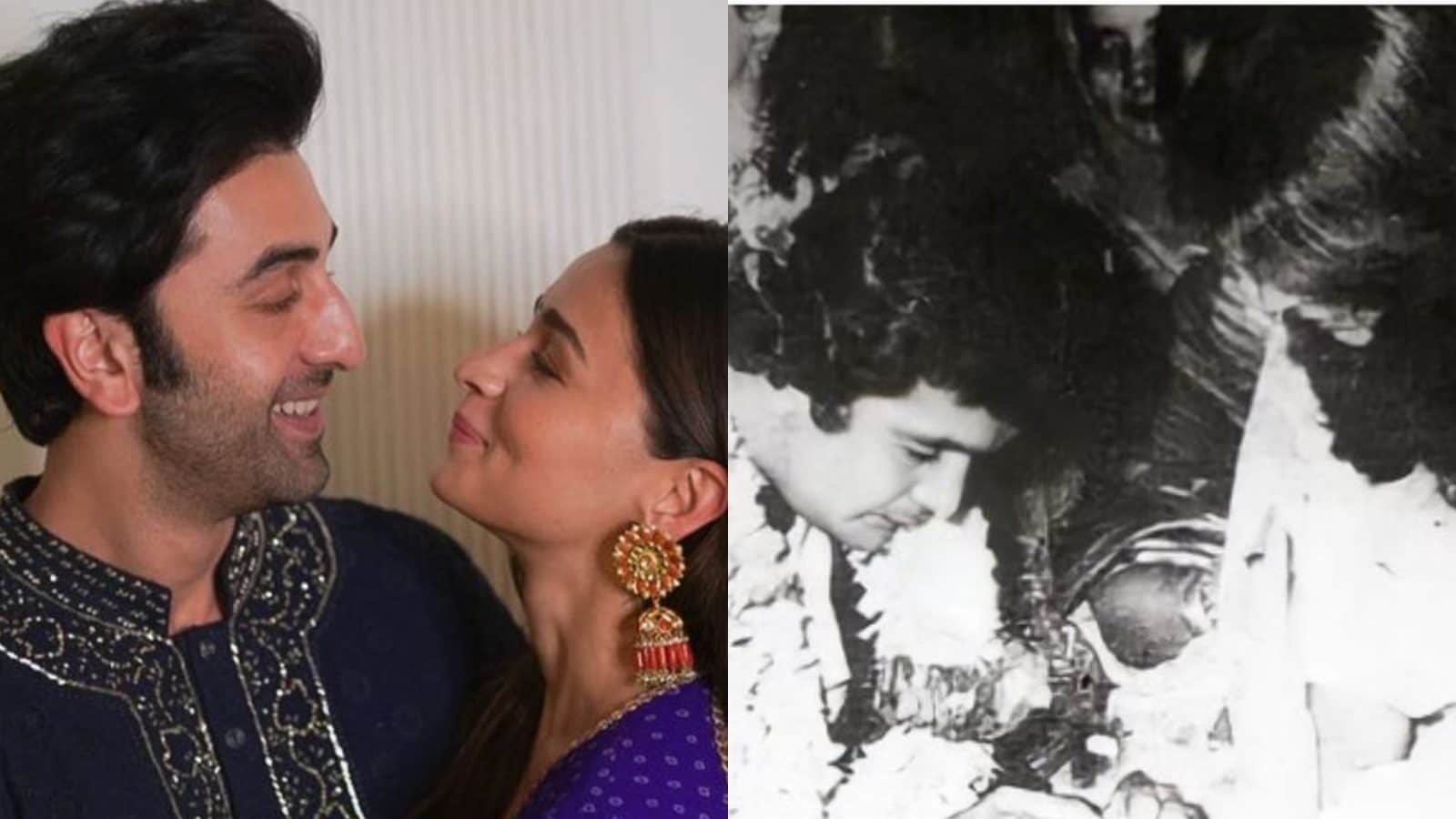 Neetu Kapoor shared a fan art on her Instagram Story section where they have re-imagined Alia Bhatt and Ranbir Kapoor’s wedding to include Rishi Kapoor in it.

Alia Bhatt and Ranbir Kapoor’s wedding was attended by their close friends and family members but they missed late actor Rishi Kapoor and it was evident by the way they involved him in the wedding. First, Neetu Kapoor scribbled his name on her hands while applying Mehendi and shared it with fans, later Alia shared her Mehendi ceremony photos which had Ranbir holding a framed photo of his late father during his performance.

Fans, too, found creative ways of including Rishi Ji in the picture-perfect wedding. Neetu Kapoor shared a fan art on her Instagram Story section where they have re-imagined Alia-Ranbir’s wedding to include Rishi in it. The animated version of the picture gives a glimpse of a perfect family with the bride and the groom posing with Neetu and Rishi.

Sharing it, she added a couple of heart emojis. Take a look: 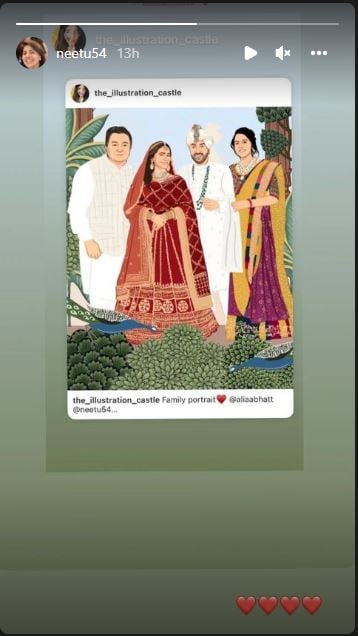 A couple of days ago, a fan shared a video, morphing Rishi into Ranbir and Alia’s wedding pictures and the emotional clip went going viral.

In the video, the fan carefully places a cutout of Rishi Kapoor wearing a traditional outfit and smiling at the camera in the family photo featuring the Kapoors and Bhatts. The edit caught Neetu and Riddhima Kapoor Sahni’s attention. Neetu shared the video on her Instagram Stories with no caption while Riddhima wrote, “Love this edit! Thank you for sharing.”

Neetu had also dropped an adorable picture with her son Ranbir and dedicated the click to Kapoor Saab. “This is dedicated to Kapoor Saab. Your wish has been fulfilled,” she wrote. Not just this, but Neetu Kapoor also had Rishi Kapoor’s name written on her palm with Mehendi.

Alia Bhatt and Ranbir Kapoor tied the knot on April 14..