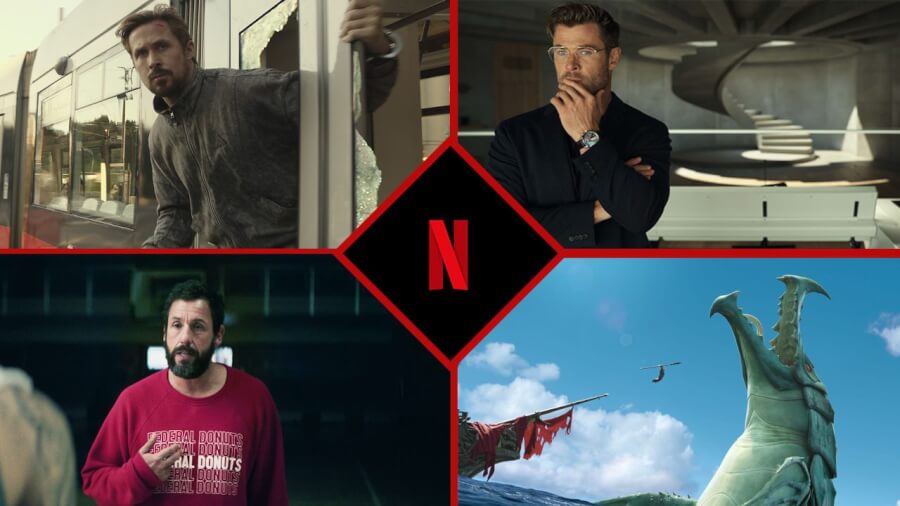 Summer is almost here, which means we finally have our exciting line-up for our best new movies coming to Netflix in Summer 2022. From a budget-busting thriller, incredible animation, and the return of Adam Sandler, there’s a little something for everyone on Netflix this Summer.

Below are the best new movies coming to Netflix in Summer 2022:

Over the past few years, Netflix has dropped some incredible animated films like Klaus, The Mitchells vs the Machines, and Over the Moon. One of our most anticipated movies of the year is The Sea Beast, directed by Chris Williams, who was previously a story artist at Disney, the director of Big Hero 6, and co-director of Moana.

In an era when terrifying beasts roamed the seas, monster hunters were celebrated heroes and none were more beloved than the great Jacob Holland. But when young Maisie Brumble stows away on his fabled ship, he’s saddled with an unexpected ally. Together they embark on an epic journey into uncharted waters and make history.

Adam Sandler and Netflix have had a very lucrative working relationship, with the pair working on a whole multitude of Original movies. Everyone knows Sandler has an incredible passion for basketball, so we expect Hustle to be one of his best movies for the streaming service yet.

After being fired, pro basketball scout, Stanley Beren, is excited, for the first time in a very long while, when he serendipitously discovers Spanish amateur baller, Bo Cruz, playing in a park outside Madrid. Fueled with newfound purpose, Stanley makes it his mission to groom Bo for the NBA as he believes they both can make it.

It’s been a longer wait than expected for the release of Spiderhead, but a slight name change and a summer release date later, and we’ll be seeing Chris Hemsworth back in action for his second Original since Extraction.

In exchange for reducing their sentences, two convicts offer to volunteer as medical subjects for a radical new drug. The drug has the ability to alter emotions, and for one such subject it takes effect on their ability to love, leading them to question their own feelings, and whether or not they are real, or manufactured.

Jane Austen’s bibliography is the resource for Regency-era stories that Hollywood continues to come back to time and time again. Carrie Cracknell’s adaptation of Austen’s last novel, Persuasion, will aim to deliver a fresh take on what 60 years of adaptations haven’t before.

Living with her snobby family on the brink of bankruptcy, Anne Elliot is an unconforming woman with modern sensibilities. When Fredrick Wentworth, the dashing one she once sent away, crashes back into her life, Anne must choose between putting the past behind her or listening to her heart when it comes to second chances.

Since directing Avengers: Endgame, the Russo brothers have been working incredibly hard on projects for Netflix. The streaming service hasn’t been afraid to throw hundreds of millions of dollars at some of its biggest movies, and The Gray Man is no exception, with an astounding $200 million budget.

Count Gentry aka, Sierra Six a highly skilled former CIA Operative, was once the agency’s best merchant of death. After his escape from prison, and recruitment by former handler Donald Fitzroy, Gentry is now on the run from the CIA with agent Lloyd Hansen hot on his trail. Aided by Agent Dani Miranda, Hansen will stop at nothing to bring Gentry down.

Hello, Goodbye, and Everything in Between (2022)

Hello, Goodbye, and Everything in Between – Picture. Netflix

Moving on from the cancellation of The Order, actress Sarah Grey stars alongside To All the Boys: P.S. I Still Love You star, Jordan Fisher.

High school sweethearts Claire and Aidan made a pact to break up before they both go to college. In honor of their relationship, the pair go on one last grand date, revisiting the places that hold dear memories for them both. But as the past

What movies will you be watching on Netflix this Summer? Let us know in the comments below!