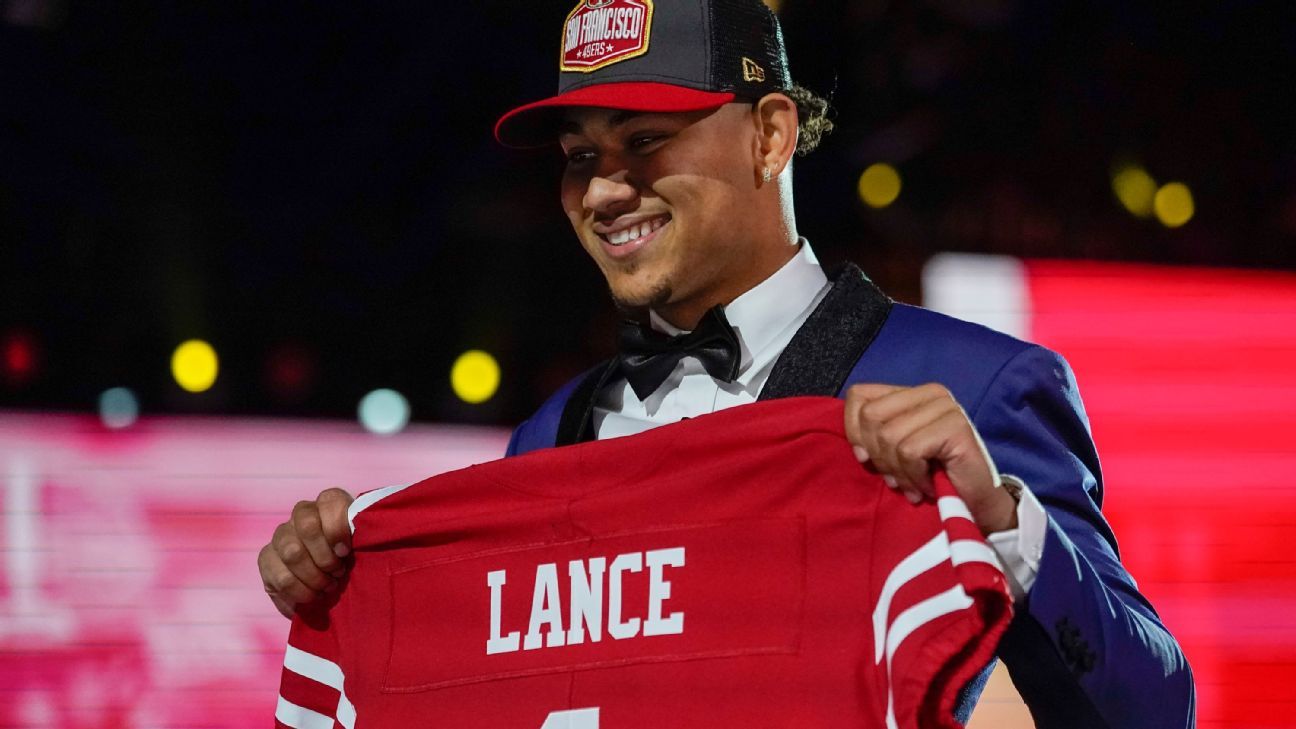 NFL draft betting market poses challenges for league: It was 2009 in Costa Rica, and bookmaker Rex Beyers was getting ready to learn a lesson about taking bets on the NFL draft.

Beyers was in his early 30s and had been in the business a few years when he got the chance to run an online sportsbook that was located in the same office building as the Costa Rican treasury department. Like many new bosses, Beyers was, in his words, “full of p— and vinegar” and determined to show his staff how he ran things by booking the NFL draft.

Other international online sportsbooks had begun taking bets on the draft in recent years, and Beyers believed he knew enough about the NFL, college football prospects and how organizations approached the draft that he could produce odds on around 50 propositions and put his sportsbook in position to turn a profit. He was wrong.

Beyers’ book suffered a net loss on that draft, and the next three drafts as well.

“For whatever reason, the draft stood out to me as the one thing that we had no chance to win on, and that’s over anything else that we booked during my four years there,” Beyers, now head of wagering at U.S. sportsbook PlayUp, said in a recent phone interview with ESPN. “By my fourth year, I knew that if we were going to win on the NFL draft, it was going to have to be an accident.”

Bettors have been beating the books on the NFL draft since the mid-2000s when international sportsbooks began posting odds on everything from the first pick to the last. Nevada Gaming Control didn’t authorize the state’s sportsbooks to offer betting on the draft until 2017. At the time, Nevada was the only state with a full-scale legal betting market. Five years later, around a dozen states allow betting on the draft.

While betting on the draft has changed dramatically over the past decade, both in scope and scale, it remains mostly a losing proposition for sportsbooks and a challenge for the NFL and state gaming regulators to effectively monitor.

“The fact that these markets exist is because there is customer demand and engagement with the draft,” David Highhill, vice president of strategy and analytics for the NFL, told ESPN. “That’s where we keep coming back to. The point is this is an engaging experience for them to know their team, see what’s going to happen, and the wagering is going to be a part of that as long as the regulators are going to allow it. So, we have to keep our house to make sure information stays where it should be.”

The betting market on the NFL draft is unique in many ways. After all, how often do bettors regularly get the best of the bookmakers on an event? But for the league, betting interest for the draft poses the same conundrum that the NFL faces with sports betting Overall: It is great for fan engagement, but also comes with integrity risks centered on inside information.

“We try to manage the risk the best we can,” Sabrina Perel, vice president, and chief compliance officer for the NFL, told ESPN. “But we can’t eliminate it because of the uniqueness of the draft and all the people who have first-hand knowledge.”

Betting on the draft is no longer restricted to international sportsbooks. Nevada Gaming Control first approved betting on the draft in 2017, and when this year’s draft kicks off Thursday in Las Vegas, sportsbooks in approximately a dozen states will be taking action on everything from which player will go No. 1 overall to the position of Mr. Irrelevant, the last player has taken. But not everyone is on board. Connecticut, Iowa, Mississippi, New York, North Carolina, Pennsylvania, Virginia, and Washington are among the states that do not allow betting on the draft. Many of the prohibited states do not consider the draft to be a sporting event, which is required in legislation.

“The 24-hour requirement is a condition of approval for these types of wagers because they are not based on actions on the field of play,” Michael Lawton, senior economic analyst for the Nevada Gaming Control Board, wrote in an email to ESPN. “There are individuals that are aware of certain results related to the NFL draft before the event takes place. As a result, the Nevada Gaming Control Board believes strongly that the closer we get to the event date, the more likely there is a chance insider information could be disclosed and the wager will be compromised.”

New Jersey allows live betting on the draft during the first round only. Betting is not allowed on the pick that’s currently on the clock or the two subsequent picks “to ensure that there is no wagering on a pick that has leaked prior to it being announced,” according to the New Jersey Division of Gaming Enforcement.

“When it comes to the draft, what we’ve done is take our understanding of issues of timing and process and shared that with regulators,” said Jon Nabavi, vice president of public policy and government affairs for the NFL. “Some states feel that they don’t have the legislative authority to offer to bet on the draft, but others do, and where that is the case, we’ve had really productive conversations.”

Arizona does not allow live wagering on the draft due to concerns about information being leaked and used for betting purposes. The Arizona Department of Gaming also has narrowed its draft-betting menu to 39 approved options. Hal Wafer, event wagering and fantasy sports administrator for the Arizona Department of Gaming, said they met with the NFL recently and that the league approved of their wagering menu on the draft and general conservative approach.

“It’s kind of a balancing act,” Wafer added. “You’re allowing operators what they want but not fully, because we’re sitting here watching to protect the integrity of the draft.”

The difficulty of booking the draft

In the hours leading up to the first round of the 2021 NFL draft, money poured on Trey Lance at sportsbooks to be the third overall selection. Lance had been a 15-1 long shot to be the third pick in the weeks prior, but the draft-day afternoon betting rush on Lance — which included a $75,000 wager at DraftKings — caused his odds to improve dramatically and forced some sportsbooks to halt betting on the No. 3 pick.

As the draft began, Lance had turned into a -180 odds-on favorite to go No. 3 to the San Francisco 49ers. Roughly 30 minutes later, with the 49ers on the clock, commissioner Roger Goodell walked to the podium and said, “With the third pick in the 2021 NFL draft, the San Francisco 49ers select Trey Lance, quarterback, North Dakota State.”

Bettors were right in that case, something that’s been a regular occurrence since bookmakers began posting odds on the draft decades ago. The reason bettors have more success than normal on the draft compared to other events is that the information — some of it public, some of it not — is often more accurate than speculation about an injury, for example. Once information starts to spread, bookmakers say it’s extremely difficult to attract money on the other side.

Sportsbooks attempt to protect themselves by offering smaller betting limits on the draft, but it’s still a challenge. John Murray, executive director of the SuperBook, says the betting market on the draft at his shop is made up almost entirely of “wise guys.”

“Almost every large bet you take on the draft is sharp, and you need to move aggressively,” Murray told ESPN. “And if it’s someone you’re not familiar with, you have to assume they have some information you don’t.”

Even though they expect to lose, bookmakers know there’s a demand for betting on the draft and feel obligated to post odds, for marketing, if nothing else. Multiple sportsbooks compared the total amount wagered on the draft to how much is bet on the average Major League Baseball game.

“There is so much client demand for a depth of markets, where we are pricing them off a ‘calculated best guess’ instead of actual data,” Jay Croucher, head of trading for online sportsbook PointsBet, said. “We have data and models and huge liquidity in a global market to arrive at extreme confidence that the Rams should be 4.5-point favorites over the Bengals in the Super Bowl. As to who the first cornerback drafted is — we don’t have data or models or huge liquidity — we have guesswork based on Twitter and mock draft articles.”

The guesswork kicks into high gear this week and has already begun. In March, Georgia defensive lineman Travon Walker wasn’t even listed as a betting option for the No. 1 pick at some sportsbooks. Walker is now the second favorite to go No. 1, behind only Michigan‘s Aidan Hutchinson.