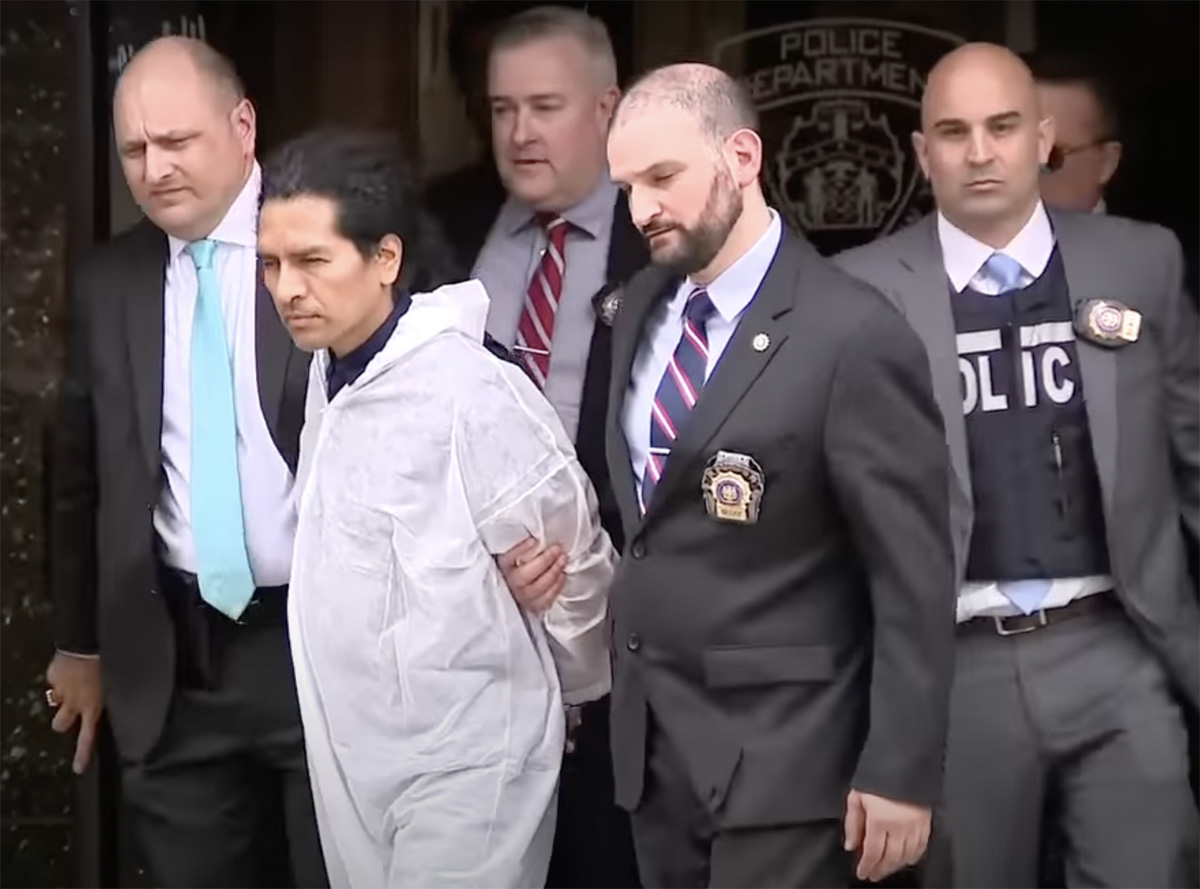 The man accused of killing NYC mother of two Orsolya Gaal reportedly has a checkered history of allegedly harassing and stalking other women.

A former Starbucks barista has come forward in the days after David Bonola (pictured above, being led away in handcuffs by police following his arrest) was arrested for allegedly killing the 51-year-old mother in the NYC borough of Queens to relay further information about the accused killer.

We’ve been reporting on the allegations against the 44-year-old man, who purportedly told cops he was having an affair with Gaal at the time of her death. Now, it appears there is more to the handyman’s sordid past.

A former barista who worked at a Starbucks in the Forest Hills area of Queens spoke to the New York Post late last week about Bonola. Oliwia Pikulinski told the outlet that the man accused of Gaal’s murder was allegedly the same person who routinely stalked, harassed, and otherwise antagonized the workers at the local coffee shop.

Shocked at Bonola’s arrest and gobsmacked after figuring out her personal connection to the accused handyman murderer, Pikulinski told the media org about her unsettling past run-ins with David:

“He was creepy, he stalked people. Everyone knew he was a weird individual. He would drop in the tip jar love notes and songs that he would make about us. He even went as far as proposing to two of us, which is super unsettling because of how weird the interactions were.”

Pikulinski further reported that the accused killer would visit the coffee shop several times a week, and place the same order — a dark roast pour-over with either a lemon loaf or banana nut loaf. Once inside and waiting for his coffee, Bonola would allegedly “proposition” the female staff members working behind the counter.

Oliwia alleged that he would give them handwritten notes and pieces of jewelry, and ask “personal questions” about their birthdays, ages, and where they lived. She claimed:

“It was personal information that a customer should never ask. I’m speechless that it was him after all the creepy incidents that happened and how unsettling he made everyone feel, especially the females I worked with and even the customers in the lobby. It’s crazy to think about.”

The baristas apparently were so alarmed by Bonola’s actions that they “often” called the police about him. However, by the time cops arrived, the man would be long gone from the store.

In a follow-up, an NYPD spokesman confirmed to the outlet that police have other harassment complaints made against the handyman “on file,” allegedly from separate instances not involving the Starbucks employees. As we’ve previously reported, it appears Bonola had previously left leering comments on Gaal’s Facebook pictures, as well.

Obviously, this is yet another chilling piece in the puzzle as investigators continue to unravel the events leading up to Gaal’s tragic death.