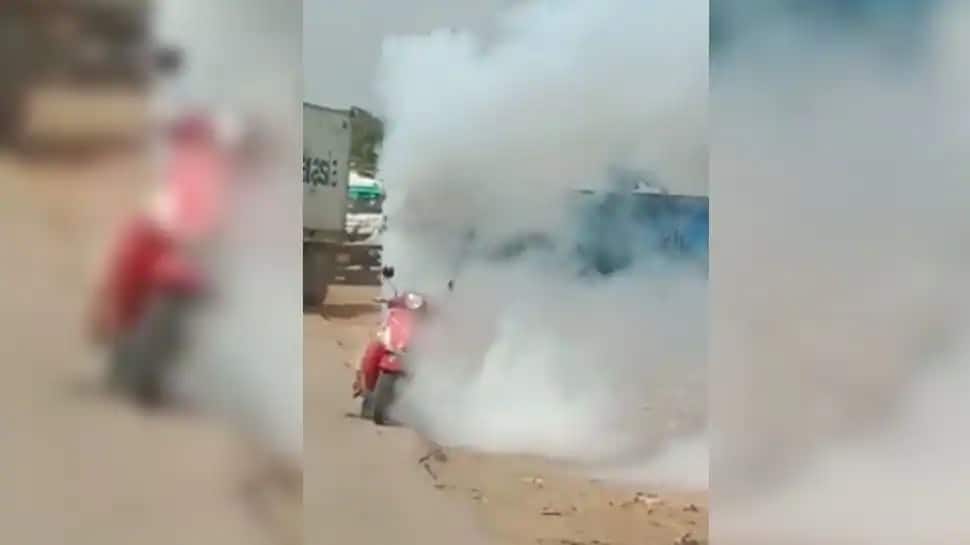 Electric scooter manufacturer PURE EV on Thursday expressed deep regret over the alleged explosion of a battery of an electric scooter, which led to the death of an 80-year-old man in Nizamabad, and said it has decided to recall 2,000 concerning vehicles.

Offering condolences to the family of the victim, the company in a statement said it is in the process of getting further details from the concerned user and authorities. The company does not have any record of sale or service availed by the user quoted in the media, it said.

“From our customer database we do not have any record of sale done or service availed by the quoted user in the media. Our dealer is exploring whether the vehicle was purchased through the second-hand sale from any of our first buyers.”

The company is fully cooperating with the local investigating agencies and has instructed its dealer to get complete details of the incident from the reported user, it added.

With increasing incidents of electric two-wheelers catching fire, Union Minister Nitin Gadkari today said the central government will issue necessary orders on defaulting companies after receiving the report of an expert panel that has been formed to enquire into the matter.

In a separate statement, the EV manufacturing company announced its decision to recall 2,000 vehicles from two models of the concerned batches.

“In view of the recent fire incidents involving our vehicles in Nizamabad and Chennai, PURE EV has decided to recall 2000 vehicles from the models ETRANCE+ and EPLUTO 7G of the concerned batches,” it said.

The vehicles and batteries therein shall undergo a thorough check for their health. The company shall inspect the battery for any imbalance issues and shall calibrate through its device BATRICS FARADAY. Additionally, the BMS and charger calibration shall be carried out as required, it said.

The company shall reach out to all the customers through the dealership network and ensure an expeditious campaign for health checkups in the larger interest of all stakeholders.

“PURE EV takes the safety of its customers and vehicles very seriously. We continue to conduct numerous service camps in the customer’s interests and disseminate information related to best practices for vehicle and battery safety.”

An 80-year-old man died and three of his family members suffered burn injuries when the battery of an electric scooter plugged in for charging exploded at their house in the Nizamabad district. Meanwhile, government think tank Niti Aayog today came out with a draft battery swapping policy for electric vehicles and suggested incentives as well as a rigorous testing protocol for swappable batteries.

The draft policy also comes at a time when there are rising concerns over safety issues around electric vehicles.