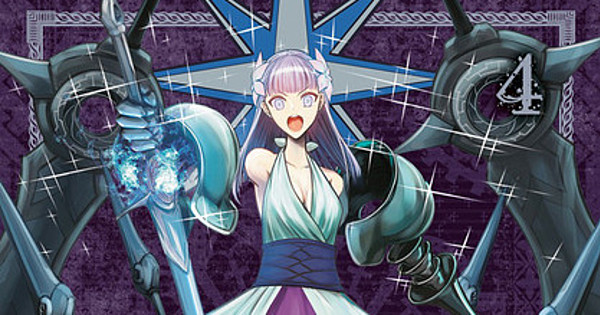 Ragna Crimson GN 4 continues to find new ways to impress me. My reception to the series has only grown more positive as each volume expands its world, broadens its cast, and enriches its conceptual landscape. This volume was my favorite by far, and honestly, I can’t wait to see what’s next.

For starters, the resolution of the Ragna versus Lady Ultimatia fight delivers. The core conceit of Ragna’s escape is precisely the sort of ridiculous technicality that I like to see in my action comics. “You put in an exception to your time freeze that would allow other dragons of your blood to be immune to it, but because I still have lingering blood from the failed transformation that technically includes me as well!” It’s superheroic legalese in the best sense, and the payoff is yet more bombastic fight sequences with monsters, dragons, and acidic slimes.

It has to be said that Crimson steals the show once again. As a character, Crimson is much more expressive (in every regard) than Ragna, which allows for a broader emotional range as well as a greater variety of story beats and dialogue. Ragna is direct, perhaps too direct; he is a man consumed by his mission, making him rather one-note. This is fine because Crimson is there to pick up the slack and deliver on all the other great moments. Crimson’s comedic timing pairs well with their sadistic streak, making them one of those characters who is entertaining to follow in success or failure because their commentary is so engaging.

The Silverware Princess is also a terrific addition to the cast. First of all, she is a great character in her own right. Her powers are really cool conceptually and look great on the page. A perfectionist who makes all her own armor and weapons, with an intense, piercing gaze and the ability to sense auras – it’s a great mix of character traits and abilities. She’s also a breath of fresh air compared to most of the other cast members outside of Ragna and Crimson, which fall into three broad camps: mustache-twirling dragons, incompetent humans, or servants of Crimson. The Silverware Princess and her Argentum corps have a much more complex relationship with Ragna and Crimson. She and her crew are not exactly enemies, being hunters who also are trying to protect humanity against the dragons. But they are not exactly allies either. For one thing, Princess Starla is uncompromising in her pursuit of perfection and purity, whereas Crimson is “the ends justify the means” personified. They need each other’s help if they want to triumph against the shared enemy of the dragons, and that lends a wonderful tension to their scenes hanging over the already gripping tension of whether Crimson can convincingly lie.

There’s also some genuinely great comedy to be found in the princess and Ragna’s interactions. Now, I’m not usually a fan of the love-at-first-sight trope: I think the way it is usually handled is awkward at best, and often downright confusing – at worst, it can be actively detrimental to the lovestruck subject’s characterization. However, the trope actually works here because it is rooted in previously established character traits. In terms of his power set, we know that Ragna is fused with his silverine sword. Emotionally, we know Ragna is a man on a crusade with a single-minded ambition to defeat all dragons – essentially a living weapon against them. So to have the Silverware Princess see his clarity of purpose and find that compellingly attractive makes sense, especially as she too is just as driven in the pursuit of her own goals. She sees him as an equal in dedication, and there’s a spark there. Most importantly, it leads to one of the funniest visual gags in the entire run: Ragna as a sword with arms and legs. It also manages to be accurate in-text as it is the Silverware Princess’s perspective and does not break the fourth wall. Kobayashi’s little doodle in the final pages of them running together gave me a nice belly laugh.

The art has been consistently incredible from the word go and nothing has changed here. The level of detail and dynamism in every panel is truly impressive; Ragna Crimson‘s art has set a high visual bar, especially in the action sequences, and shows no signs of stopping. Watching Ragna and Nebulim face-off or the progenitor gets carved to pieces is premium visceral entertainment. The varied backdrops of the capital and Crimson’s pocket dimension are lavishly detailed, whether in the midst of peace or destruction. God bless Kobayashi for the extraordinary craftsmanship on display in the art and pacing.

There is also no shortage of truly artful flourishes. I loved the sequence when Ragna broke through the time lock and all of the letterings left the word balloons and became these geometric, angular sentence structures as if they have transcended the bounds of comic language and time itself. It was disorienting and difficult to read, sure, but creative liberties like that do a terrific job of underscoring the events on the page. Another memorable moment is the near-splash page where Crimson set off the bombs on the castle walls. The body language, the shadowed face with the shark’s teeth beneath the veil, the huge rolling explosions – it’s a gripping image in a work full of them.

I don’t have much to complain about in this volume, but here is the ongoing issue of Ragna’s friend Leonica. I understand her singular mission to protect someone in an abstract sense, but in practical terms, she is just kind of a placeholder character to me. She shows up briefly in this volume, says some forgettable dialogue, and then we get back to the stuff I actually care about. I’m also broadly unsure of the actual power or capabilities of the characters in any given scene. Everyone is on such a high power level and we have not had a lot of prior conflicts to set benchmark expectations. Given how quickly the tables can turn it can make for mild whiplash trying to figure out what is about to happen on a moment-to-moment basis. The sheer visual spectacle of it all largely makes up for this, but I’d be lying if I said that I had a feel for the tempo of these battles.

Ragna Crimson is getting better with each entry, and I think I can safely say I’m a fan of the series now.