Describe congress’ social and intellectual alliances,” “How many seats did congress win in 1984 elections?”, some of the questions on Congress in class 12 Rajasthan Board exam.

“Who gave the slogan of Gareebi hatao?”, “Describe congress’ social and intellectual alliances,” “How many seats did congress win in 1984 elections?”, “Which political party dominated the first three general elections?,” “General elections of 1971 proved to be an election for restoration of Congress. Explain this statement”, among others.

There was also one question related to communist party bifurcation, and another on BSP. 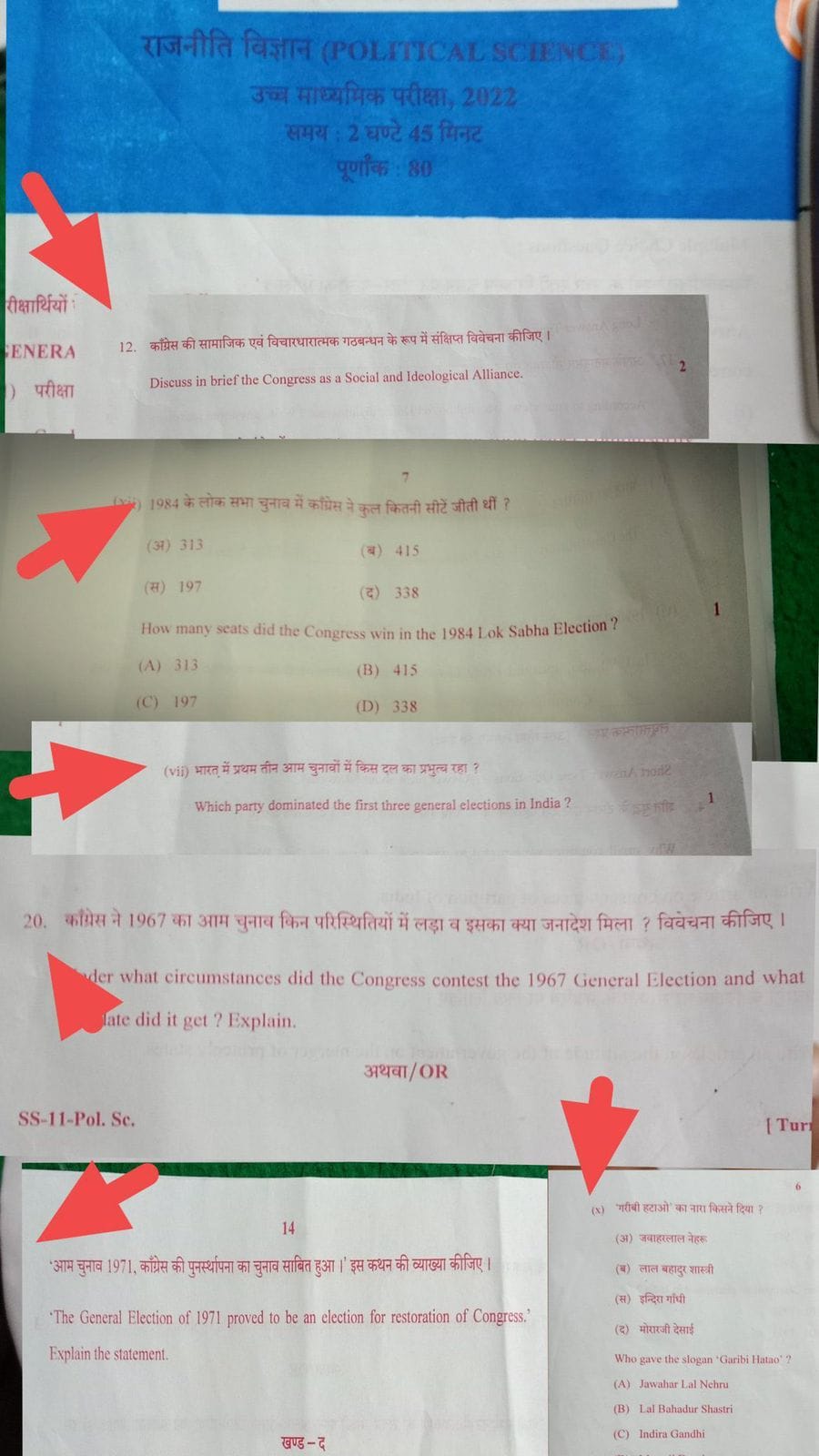 Academicians believe that asking questions about Congress is normal considering there is a chapter on “Dominance of one political party and congress system: challenges and establishment” in class 12 Rajasthan Board political science books, however, the tone of the questions praising a certain party has raised eyebrows.