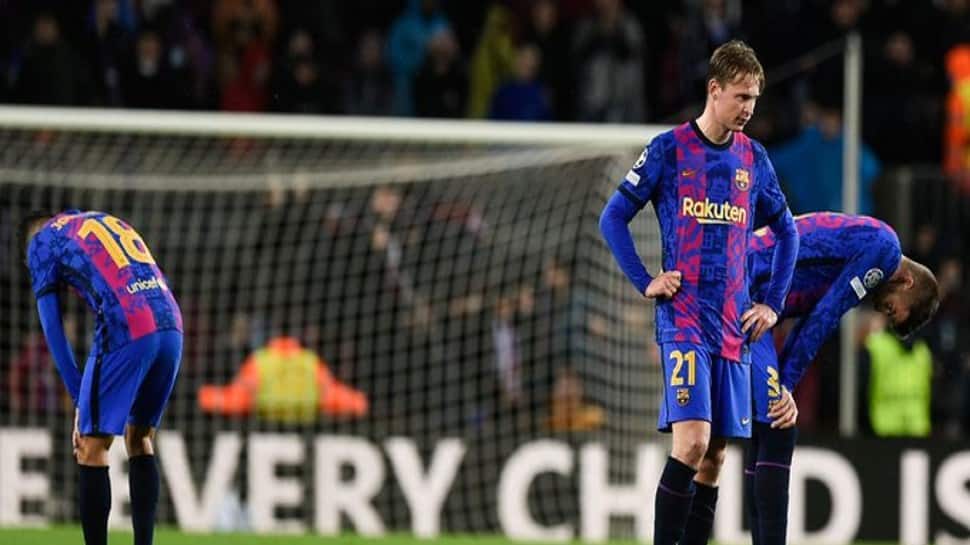 Rayo Vallecano stun Xavi’s FC Barcelona 1-0: Rayo Vallecano forward Alvaro Garcia netted an early goal to give his side a surprise 1-0 win against Barcelona at the Camp Nou on Sunday (April 24), moving Real Madrid another step closer to sealing their 35th LaLiga title.

Garcia sealed the game for the visitors when he opened the scoring in the seventh minute, receiving the ball inside the box and rifling it past goalkeeper Marc-Andre ter Stegen to a wave of whistles at the Camp Nou.

Barcelona failed to convert a number of golden chances despite going agonizingly close to an equalizer with the referee playing 14 minutes of stoppage time at the end of the second half. Real Madrid now needs only one point from their last five games to secure the title, while Barcelona is second on 63 points, 15 behind Real and level with Sevilla in third.

Barcelona had a good chance to level in the 25th minute but a strike by defender Jordi Alba from the edge of the box was just off target, touching the outside of the right post.

Gavi then lashed the ball against the crossbar in the 42nd, while Spain international Ferran Torres netted on the follow-up but his effort was disallowed for offside. Barcelona coach Xavi Hernandez introduced three forwards off the bench in the second half as Memphis Depay, Adama Traore and Luuk de Jong all came on before the 71st minute.

Traore caused a scare in the Rayo defence in the 76th minute with a stunning cross into the penalty area, but it was cleared to safety by Rayo winger Isi.

Four minutes later Depay tried his luck from the edge of the box but his shot, straight down the middle of the goal, was saved by goalkeeper Stole Dimitrievski. Barcelona continued to press in stoppage time and threatened a number of times, but Rayo clung on for the three points which steered them further away from the relegation zone.

Barca next hosts relegation-threatened Mallorca on Sunday. Rayo, who moved up to 11th from 14th in the standings following the game which was originally scheduled to be played in January, is home to Real Sociedad earlier that day.