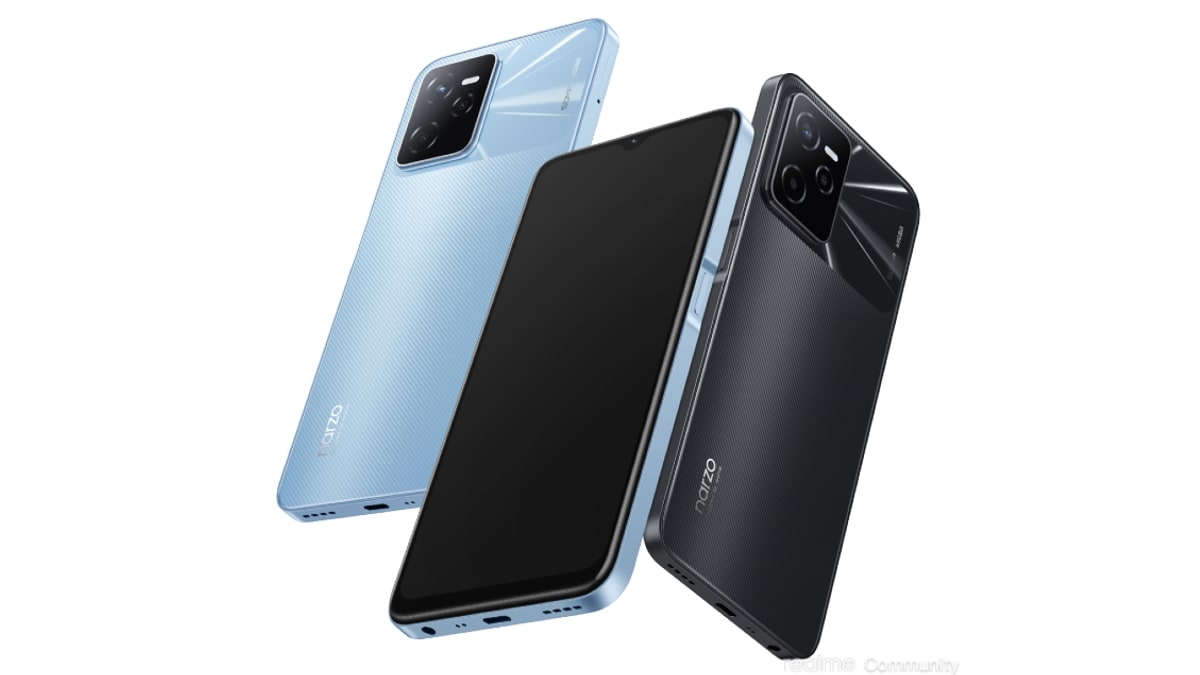 Realme Narzo 50A Prime has been teased on Amazon India, ahead of its expected launch in India soon. The launch date of the smartphone is set to on April 30, as per a tipster. There are also claims that the handset will be launched in two storage configurations. Recently, Realme announced that the upcoming handset will debut without the charging brick in the box. The smartphone was launched in Indonesia last month in two storage variants with 4GB of RAM as standard and came in two colour options.

The Indian variant of the Realme Narzo 50A Prime is expected to offer similar specifications as the Indonesian variant. The Indonesian variant of the dual-SIM (Nano) Realme Narzo 50A Prime runs Android 11-based Realme UI R Edition. It sports a 6.6-inch full-HD+ (2,408×1,080 pixels) display with 600 nits of peak brightness and 16.7 million colours. Under the hood, it is powered by an octa-core Unisoc T612 SoC, paired with 4GB of RAM.

Realme Narzo 50A Prime features up to 128GB of onboard storage that can be expanded via a microSD card (up to 1TB). It also sports a side-mounted fingerprint sensor and packs a 5,000mAh battery with 18W charging support. The handset is 8.1mm thick.

Affiliate links may be automatically generated – see our ethics statement for details.