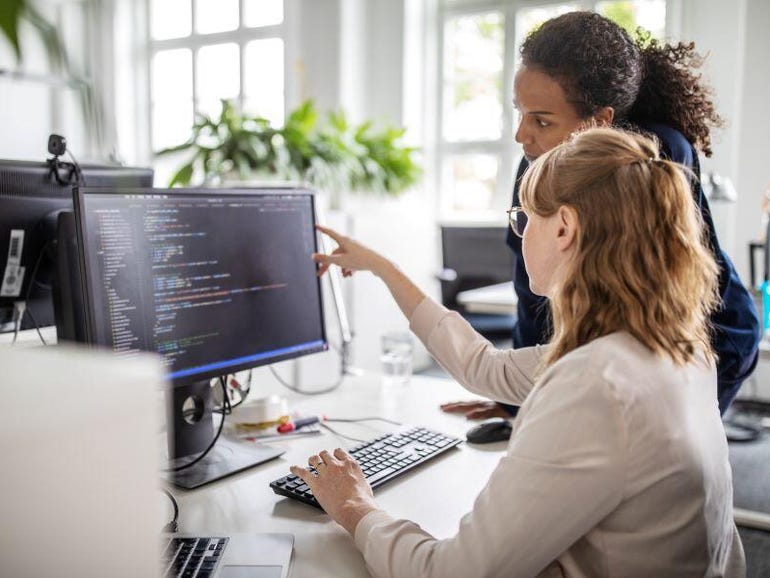 Employers – at least those trying to hire tech staff – need to remember that the rules have changed. The events of the last couple of years have forced organisations big and small to put digital transformation at the heart of their strategies, and that means dynamics of hiring tech staff have changed.

A few useful data points to consider in this context:

The big question now is how managers respond to these changes. Tech staff in particular have much more bargaining power, which might encourage some companies to change policies to attract and retain the best people.

This means placing more emphasis on employee wellbeing and empowerment around how, when and where they work. Analysts have described this as the rise of a ‘human-centric work model’ which, if nothing else, makes me wonder what the previous work model had at its core. Profits and presenteeism, perhaps?

This alternative model would see companies pioneering new working models like four-day weeks or more remote and flexible working. But that also risks contradicting another corporate imperative: the return to the office. If the tension between these two demands is managed badly, it could easily give staff (especially those tech staff with lots of options) another chance to get involved with that oft-discussed movement – The Great Resignation.

Some managers seem very keen to get their workers back in the office full-time because they think that it’s the most effective way to get stuff done. That’s understandable, but a one-size-fits-all approach probably won’t work. It will be interesting to see how this strategy plays out: tech staff on the edge of burnout after two years of hard work might be unimpressed by being told to get back to the office just so bosses can get the most out of their expensive real estate.

Other firms are taking a more nuanced approach and letting staff come back at a slower pace. And the wisest managers are acknowledging that the last two years have shown us all that, while the office is good for some things, a thoughtful combination of face-to-face, online and remote working can make us more productive – and happier.

Tech workers are in demand right now, so hiring managers ought to be thinking harder about their needs. But smart bosses will be thinking about all their staff in the same way, especially if they are trying to hold on to their best people. Those who insist on a rigid return to the office that shows no understanding of how the world has changed might soon regret it.

ZDNet’s Monday Morning Opener is our opening take on the week in tech, written by members of our editorial team. We’re a global team so this editorial publishes on Monday at 8:00am AEST in Sydney, Australia, which is 6:00pm Eastern Time on Sunday in the US, and 10:00PM GMT in London.