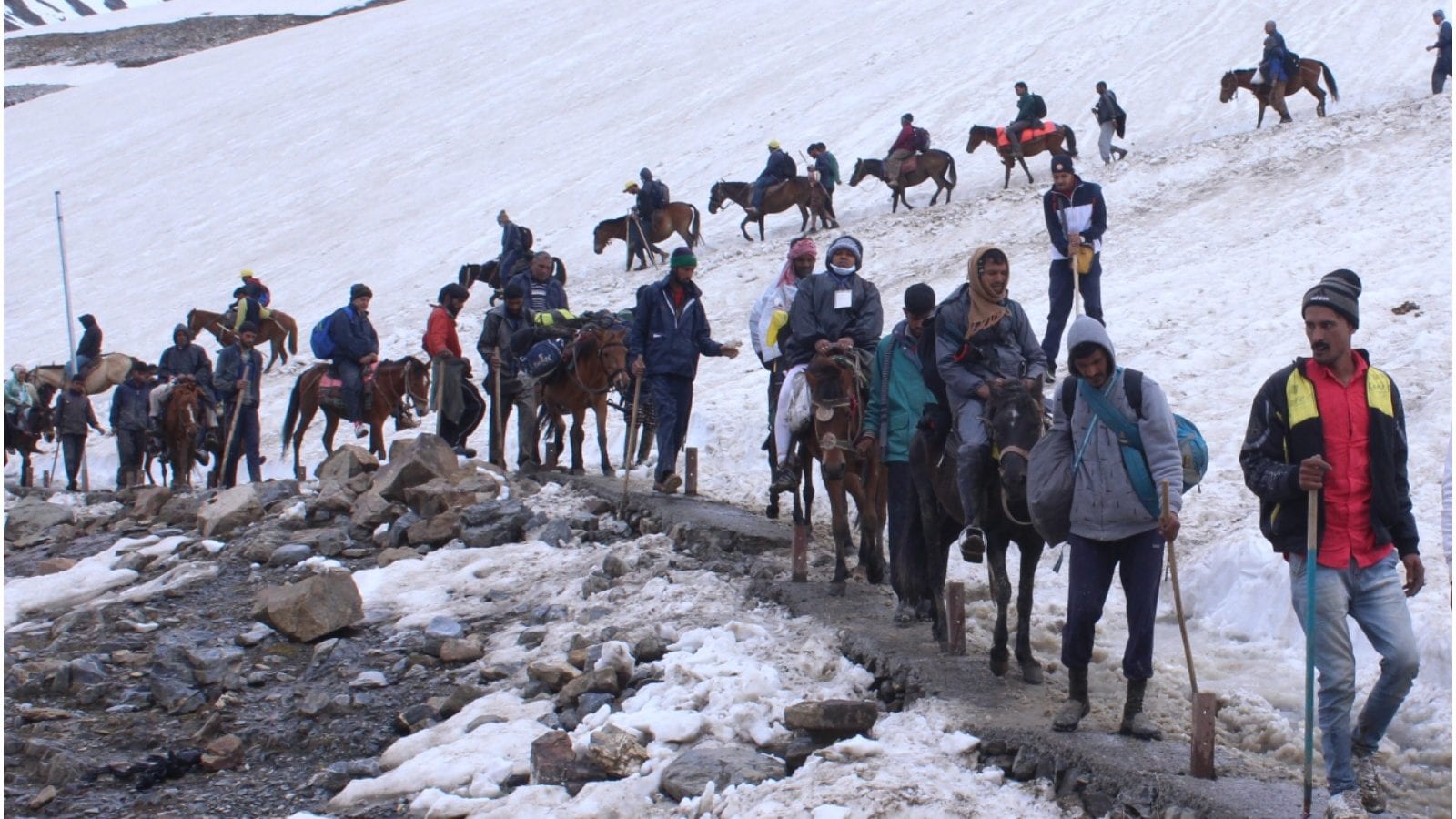 From individual radio frequency identification (RFID) tags to securing convoys from the Punjab border itself, the security grid is gearing up to make the Amarnath Yatra “incident-free” this year. Officials have told News18 that the Amarnath Yatra this year will have high-security arrangements from the moment yatris (pilgrims) enter the union territory of Jammu and Kashmir.

“The threat perception is from south of Banihal itself. The camps in Jammu, the routes in Udhampur, will all be sanitised,” an official from the union ministry of home affairs (MHA) told News18.

The Banihal tunnel is taken by yatris to cross from the Jammu region to south Kashmir. In 2018, a bus carrying yatris was attacked at Anantnag in south Kashmir.

“From the moment yatris enter Lakhanpur, Punjab-Jammu border, we will secure them. A system of RFID tags for buses and vehicles was put in place in the last yatra and we will continue to enforce it,” a senior official overseeing the preparations in Jammu and Kashmir informed News18.

Officials said that as an additional measure, individual RFID tags have also been proposed. “To ensure tourists don’t go astray and reach their point of origin after the yatra safely, individual RFIDs have been suggested. This will be challenging, more monitors will be needed, but we are taking steps,” a Central Reserve Police Force (CRPF) officer said.

The proposals were discussed in the coordination meeting called by union home secretary Ajay Kumar Bhalla during his visit to the Valley last week. Director of the Intelligence Bureau (IB) Arvind Kumar, and other top officials of the security grid were all part of the meeting. The IB’s top counterterror official Tapan Deka has also held multiple meetings to ensure complete coordination and intelligence sharing between various agencies.

More than 50 companies of paramilitary forces, including 40 from CRPF, have returned to the Valley after being deployed during assembly elections in various states. More troops could be sent in closer to the yatra, which is scheduled from June 30 to August 11.

“Jammu and Kashmir police in consultation with the MHA will finalise troop requirements closer to the yatra date. But in all likelihood more troops will be deployed,” a home ministry official said.

The security preparations this time are also accounting for drone-dropped arms and ammunition. The Border Security Force (BSF) and Army have spotted and shot down several drones in Punjab and Jammu in the last few months. Many were carrying weapons from Pakistan for terrorists in the Valley, as per police.

IB officials said that the recent change in regime in Pakistan and its impact on the Valley situation was being monitored closely. The current assessment, sources said, shows that no “out of the ordinary activity” is visible on terrorist launch pads across the Line of Control (LoC) and infiltration numbers are routine. “Closer to June, things could change. There is a sense of alienation that terrorists are trying to exploit. Foreign and local terrorists are being eliminated in operations,” an officer said.

Officials told News18 that the recent killing of civilians, migrant workers, and minorities has made the yatra more challenging this year. The successful tourist season has made officials hopeful of lakhs of yatris coming to the Valley this year. The union information and broadcasting ministry is also gearing up to publicise the yatra in a big way to ensure maximum participation.