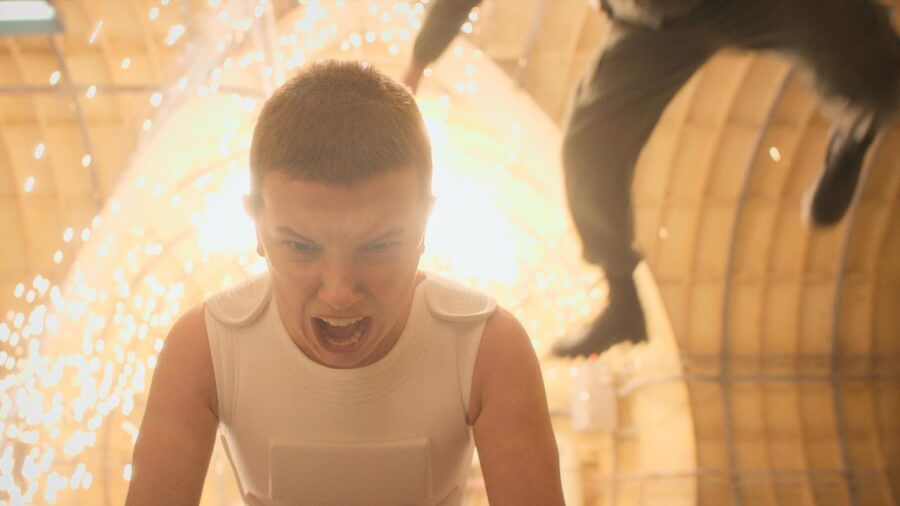 Stranger Things season 4 is just around the corner with the supersized fourth season due to release in two parts throughout summer 2022. Alongside the season 4 release, Netflix and Candy are teaming up for a new project that will be releasing highly controversial NFTs, or collectibles as they’re also known.

Over the past week, numerous fans have spotted an ARG playing out that takes you to the website “iamhellsmaster.com” which welcomes you with the following:

“Congrats for uncovering the clues and joining Stranger Things 4’s interactive curiosity voyage, brought to you by Candy Digital and Netflix.”

Signing up for the email list teases you’ll soon be able to “immerse yourself in the mystery by decoding messages, solving puzzles, and even collecting awards along the way”.

On the website and email list, you’ll find no mention of NFTs although digging through the code reveals plenty of instances of the phrase as well as facilities to buy collectibles. Code refers to “product drops”, “supply is limited” and a marketplace all of which are heavily connected to the world of NFTs.

The site was discovered by fans of Stranger Things on Reddit who weren’t exactly kind to the news Netflix was entering the NFT / collectible space.

“Netflix continuing to make excellent decisions that will surely create goodwill between it and its customers and reverse its cratering stock price.

Seriously, how out of touch do you have to be to try an NFT launch in 2022, well after the internet collectively gave the entire concept the middle finger?”

Candy.com is running the promotion in collaboration with Netflix. They describe themselves as a “next-generation digital collectible company offering digital assets for fans and collectors.”

The company notably is the “Major League Baseball’s official NFT ecosystem where fans and collectors will be able to purchase, trade, and share officially licensed NFTs to deepen their love of the sport.”

NFTs are a controversial subject, to say the least. Whether it’s NFT scams in the form of Rug Pulls or the fact that entire projects can shut down overnight leaving anything you bought or collected worthless it’s a hot button issue that will very likely have you scratching your head. Of course, you could even look at the toll NFTs and Cryptocurrencies generally take on the environment too.

Netflix isn’t the only major entertainment company to experiment with NFTs or collectibles as of late. In fact, Netflix is relatively late to the party compared to some of its counterparts.

Disney back in November 2021 launched a set of collectibles via Veve.me and has been recently hiring for positions in the space too. They’re also all-in on the “metaverse” which is often tied to Crypto and NFTs. Warner Brothers partnered with Nifty’s in the space too for the release of The Matrix 4 in late 2021.

Will you be checking out this new Stranger Things NFT promotion? Let us know in the comments.