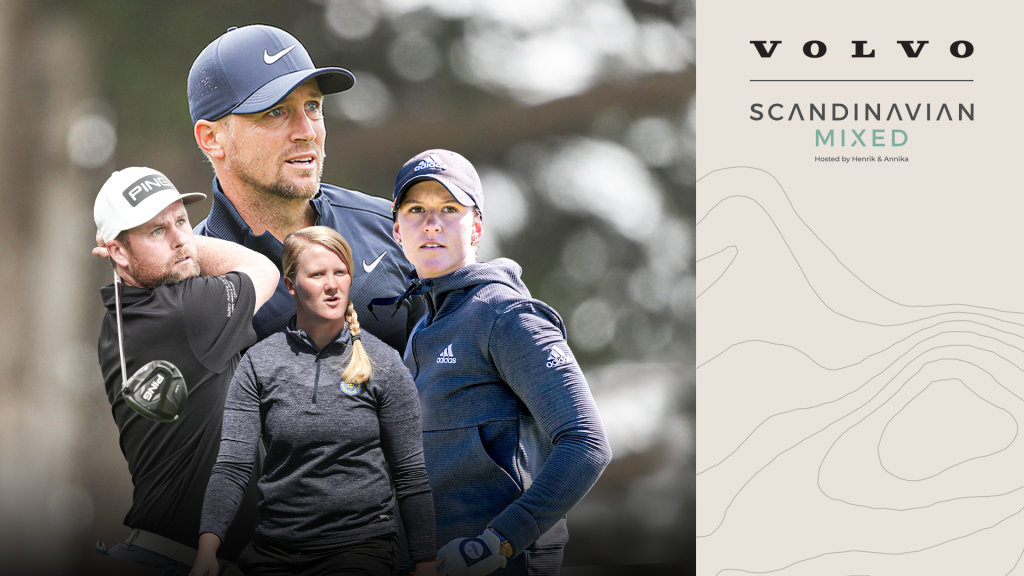 Swedes Alex Noren, Linn Grant and Ingrid Lindblad have confirmed they will be among the field at the Volvo Car Scandinavian Mixed Hosted by Henrik and Annika, which is being held at Halmstad Golf Club from June 9-12.

The DP World Tour and Ladies European Tour co-sanctioned tournament will feature a field of 78 men and 78 women playing for one prize fund and one trophy, and is being jointly hosted by Annika Sorenstam and Henrik Stenson.

Noren, a ten-time DP World Tour winner, will return to Sweden for the first time since 2019 and having claimed two career victories on home soil in 2011 and 2015, the 39-year-old is looking forward to experiencing the tournament format first-hand when he tees it up alongside LET members.

“I have so many wonderful memories from playing in Sweden over the years and I’m excited to play in front of home fans once again,” said Noren. “Halmstad is a fantastic golf course for the Volvo Car Scandinavian Mixed, Henrik and Annika are amazing tournament hosts, and the fact that men and women are competing against each other adds another dimension to an already exciting event. It’s going to be a great week.”

Grant, who is currently second in the Race to Costa del Sol – the Ladies European Tour’s season-long rankings – claimed a five-shot victory at the Joburg Ladies Open in just her first start on the LET as a full member in March. The win was her third inside a month on the Sunshine Ladies Tour, having already tasted success at the Dimension Data Ladies Challenge and Jabra Ladies Classic in February, and now the 22-year-old from Helsingborg is looking forward to her first event on home soil as a professional.

“I’m really excited to be playing as a professional in the Volvo Car Scandinavian Mixed at Halmstad after a great experience at Vallda Golf and Country Club when I finished tied 18th in the tournament as an amateur, said Grant. “I loved testing my game in a mixed gender field and now, as an LET winner, it will be even more exciting to compete against the other women and the men from both tours for this high-profile prize.”

Last year, Northern Irishman Jonathan Caldwell triumphed in the inaugural edition hosted at Vallda Golf and Country Club near Gothenburg and this year’s tournament will have an increased prize fund of $2 million, which is up from the €1 million purse offered in 2021.

“Last year at Vallda was such an awesome experience,” said Caldwell. “I was proud of my game and how I closed out my first Tour victory on such a big occasion. To be part of history is something special and I can’t wait to defend my title at a new golf course.”

Lindblad, who hails from Halmstad and is currently second in the Women’s World Amateur Golf Rankings, plays collegiate golf for Louisiana State University and recently won their individual and team events at the Southeastern Conference Women’s Golf Championship after a second-place finish at the Augusta National Women’s Amateur Championship.

“It’s incredible to have the Volvo Car Scandinavian Mixed in Halmstad this summer,” said Lindblad. “To have Henrik and Annika bring this mixed tournament to my hometown is unreal, I can’t wait to play in front of family and friends, and just enjoy being back home in Sweden playing golf. It’s going to have a great atmosphere and I’m looking forward to using a bit of local knowledge to hopefully help me on my way during the week.”

The North Course at Halmstad will host the DP World Tour for the first time, but over the years it has staged events on the Challenge Tour and Ladies European Tour, most recently welcoming amateur golfers for the ANNIKA Invitational Europe in 2017. Tickets and hospitality for the Volvo Car Scandinavian Mixed Hosted by Henrik and Annika are on sale now here.