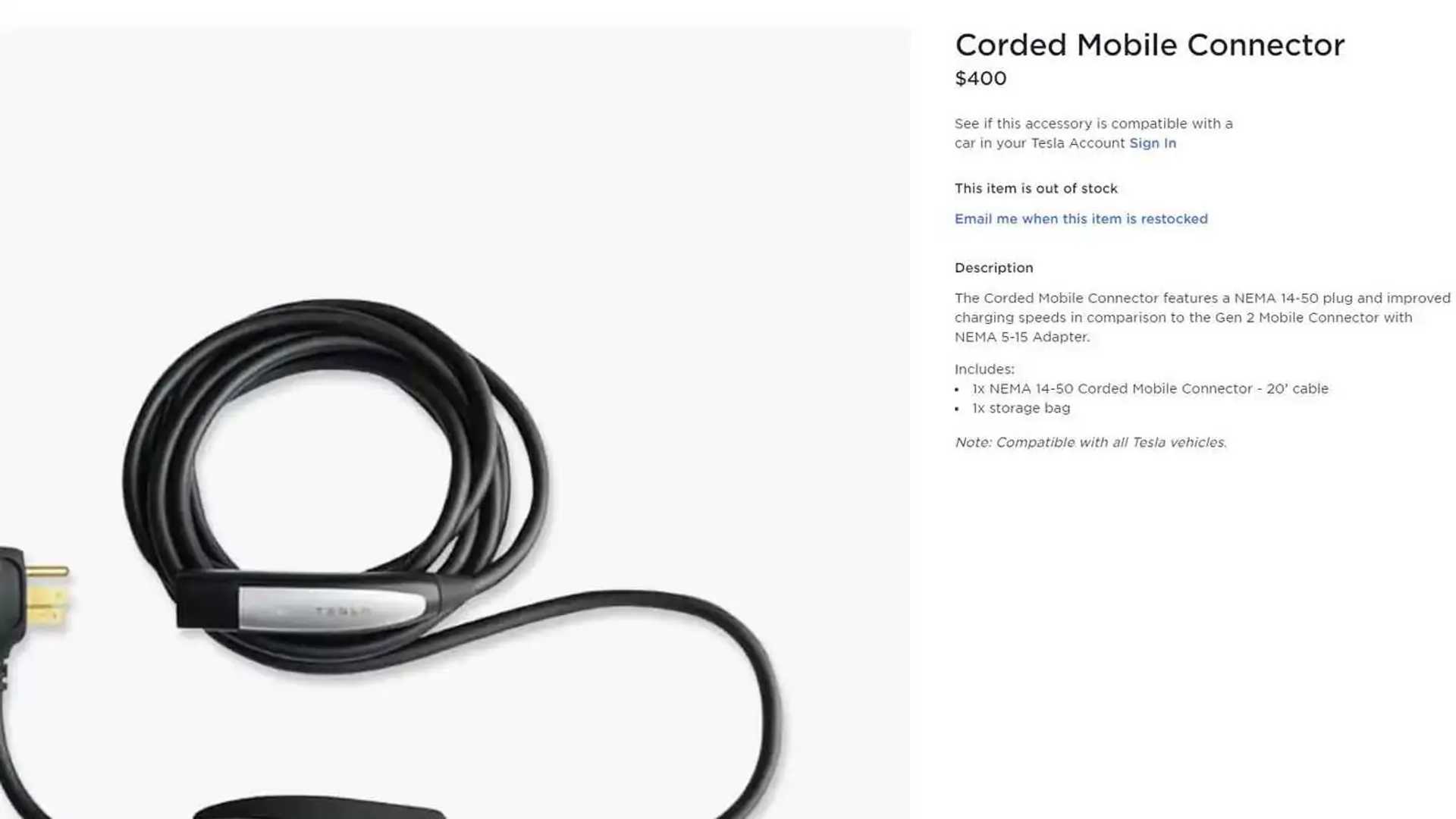 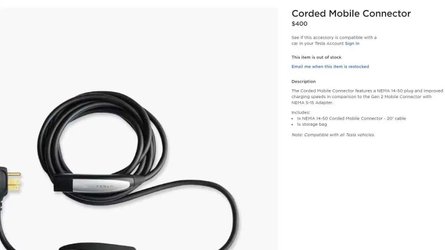 Just yesterday, we reported that Tesla is no longer including the primary charging cable – the Tesla Corded Mobile Connector – from the list of standard equipment that comes with its cars. While we wish this news popped on April 1st and was a joke, sadly, it’s reality, and many Tesla fans and owners have spoken out against it.

Plenty has unfolded related to this news since yesterday. The vocal Tesla Twitter community worked all day putting together various “campaigns” to get CEO Elon Musk‘s attention to share their displeasure with Tesla’s decision. Musk basically said people aren’t using the Mobile Connector, so Tesla won’t include it as standard. However, they can still pay extra for it, though it’s expensive, and it’s currently out of stock.

After the wave of complaints to the attention of Tesla and Musk, the CEO walked back the plan, but only a little. He decided that the price of the charging cable would be reduced from $400 to $200. Musk also said Tesla would make it easy to order the Mobile Connector with a new car.

As you can see, Musk also used the opportunity to recommend Tesla’s Wall Connector as a better solution. He also said future owners should get the Wall Connector and have it installed before they take delivery of their new Tesla.

Of course, now that it seems to be official that the charging cable isn’t coming with new Tesla orders, many folks are asking when the equipment will be officially removed from new orders.

While Tesla and Musk have yet to reply publically on official accounts, many people in the community are noting that Tesla will no longer include the charging cable with new car orders starting on April 17, 2022.

If the information is true, people who order a Tesla vehicle going forward will NOT get the Mobile Connector as standard equipment.

We’d love to know your take on Tesla’s new plan. Do you think the Mobile Connector should always come with the car? Do you think it should cost extra? Let us know how you would handle the situation if you were in Tesla’s shoes.